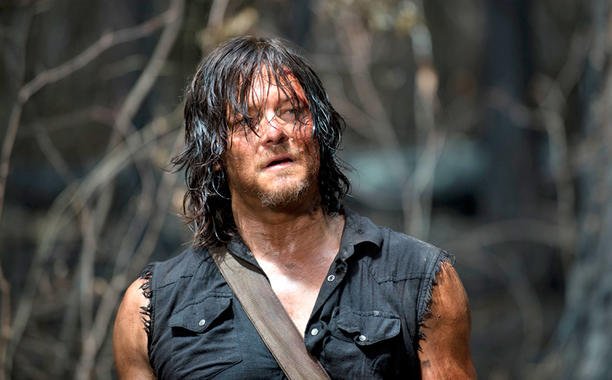 After some adrenaline-filled series of episodes to get the party started, we’re well into the deep freeze cool down portion of Season 6.

Chalk it up to one interlude episode too many, but things have decidedly slowed down since that crazy Wolves invasion and the terrific Morgan flashback episode.

That doesn’t always have to be a bad thing, but little of “Always Accountable” felt absolutely essential or even necessary.  Granted, some of the developments could lead to something down the road, but at least for now, this was an episode where pretty much nothing happened.

Time has been hazy as events have unfolded that are a challenge at best to piece together what with the various subplots going on. Having one of those handy 24 clocks would be helpful in figuring out when Rick was escaping the camper surrounded herd of walkers to when Daryl, Sasha and Abraham were leading the herd further down the road. Not to mention a better brand of Walky Talkie.

Having sent the walker herd on its merry way, Daryl, Abraham and Sasha are heading back to Alexandria when they run into an ambush. Not just any random trap, but one where guys are armed and pursuing them in their cars. This crew didn’t get the message that you don’t mess with The Grimes Gang, but in the shootout/chase, Daryl gets separated from Sasha and Abraham.

Sasha reasons there’s no need to go searching after Daryl and they can just hold up in an office building at the ambush spot. Sensible plan. Abraham is still speeding along on his suicide run seemingly ready to conclude his death wish as he comes face to face with a walker.

Realistic or not, Abraham has the right mindset of killing the random walkers on their own to tie up loose ends. Too often people get killed on this show for foolishly letting their guard down or ignoring a possible walker threat because it’s trapped. We’d see both of those ways to lose a life occur tonight.

Eventually, Abraham decides there’s more to live for — the army truck with RPGs and cigars helped — and he’d like to get to know Sasha better. That was weird because I thought he and Rosita had a thing going on?

I wish he’d gotten some more worthwhile development since Eugene’s betrayal reveal as this glimpse at Abraham’s mindset didn’t have the impact it could have otherwise to make this renewed appreciation of life meaningful. It landed flat and I’m still not sure of Sasha’s mental state at this point either.

Daryl encounters a man, a woman and their younger sister, Tina. Their connection isn’t clearly explained not that it matters much by the end of the episode. The writing was a bit frustrating here as the man believes Daryl is with some other group, that is far more rational and put together than The Wolves.

While Daryl has mastered the whole brooding loner thing, it seemed odd that he didn’t at least say he wasn’t with that crew.  As the trio gets distracted, Daryl manages to escape, but returns after discovering a cooler with insulin.

Mid-debate, a mysterious group barrels through the woods searching for the trio. We don’t get to see any of them save one guy who gets suckered into Daryl’s trap with the assist of a trapped walker. Since I’m way behind on the comics, I don’t know who this new group is, but I’m intrigued of yet another faction stepping onto the board.

With this mystery group attending to their wounded member, Daryl and the trio stumble onto a house where Tina used to babysit. Proving stupidity is not exclusive to Alexandria, Tina goes to pay her respect to the corpses by placing some flowers over them. You can pretty much imagine how that turns out so the trio quickly gets reduced to a duo.

For some reason, the duo decides stealing Daryl’s motorcycle and crossbow is the best play instead of going along with the guy who helped save them. Character logic wasn’t firmly on display tonight.

Daryl manages to find a truck and head back to the town to get Abraham and Sasha. On the way back, a voice calls for help over the radio. Is it Glenn? Oh, if you think we’re getting that answer next week, you’re sorely mistaken.

As the season plays out, this could be the start of a major storyline, but upon first glance, this was a wheels-spinning episode that didn’t amount to much.