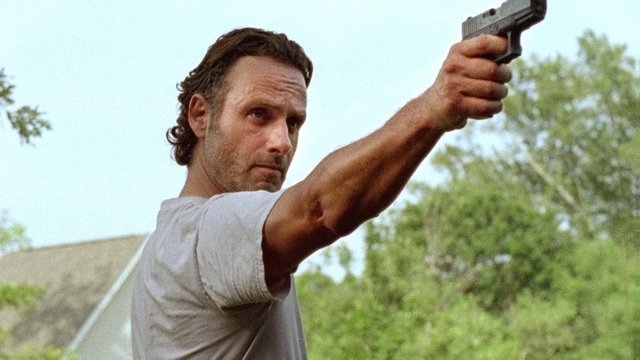 Season 6’s biggest mystery is finally answered as things go from worse to catastrophic in Alexandria.

Way back in Season 2 during the search for Sophia, I felt the show runners would make a seriously ill-advised decision if against all logic Sophia wound up being fine. Yes, killing off a poor, defenseless little girl would be cruel, but it would fully establish that no one was safe and happy endings and hope would be in short supply in the show.

There were a number of fans who immediately theorized that Glenn somehow managed to survive being tossed into a horde of walkers. I couldn’t see a realistic way that could have happened save the Dumpster having enough clearance for Glenn to hide under while the walkers munched on Nicholas. 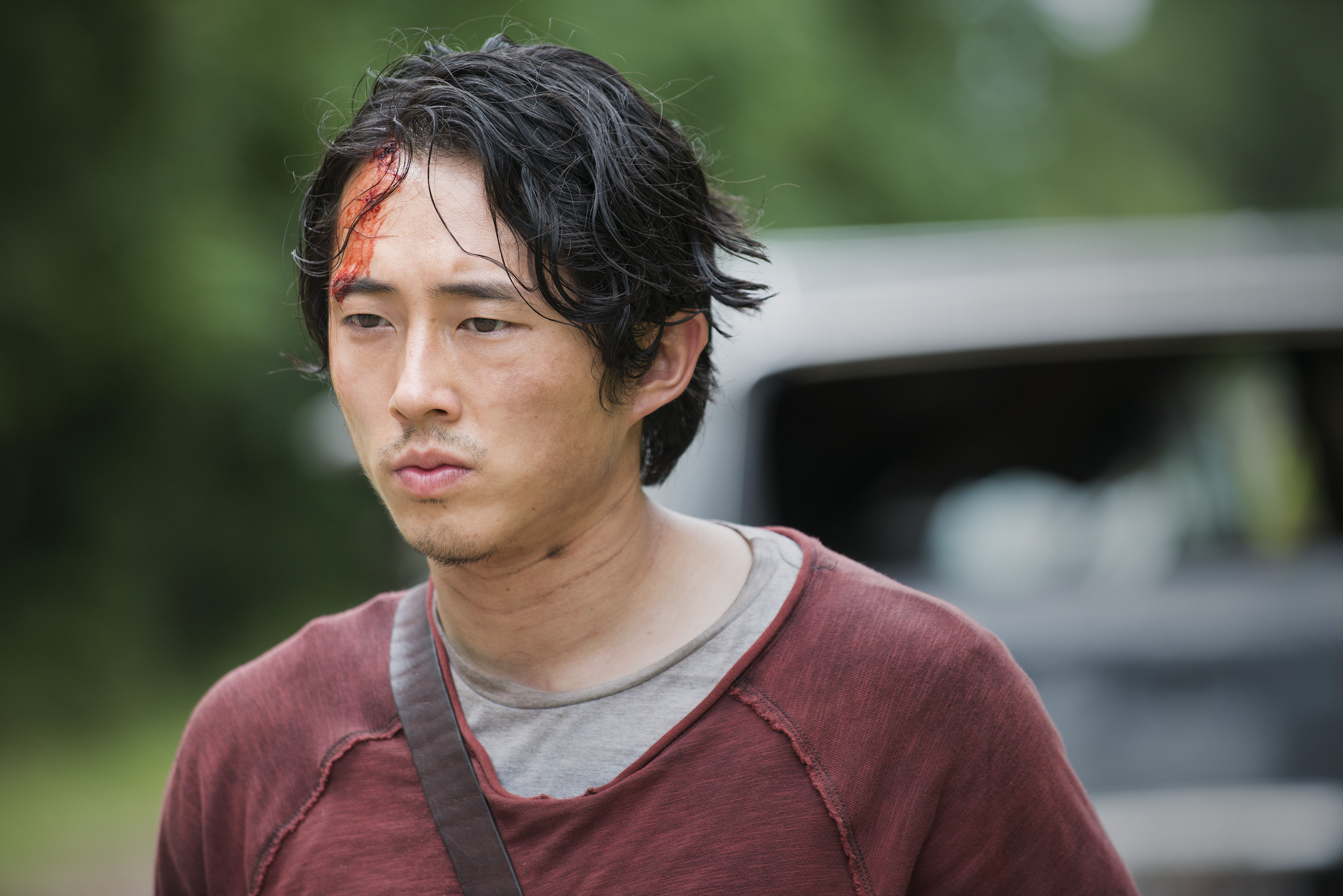 Turns out Nicholas proved far more useful in death than at any point in life as Glenn was able to hide under the Dumpster until the walkers scurried off after dining on Nicholas. I’ll assume Glenn getting enough of Nicholas’ blood on him prevented the walkers from realizing there were two available buffets.

Unlike Sophia’s potential escape, this near miss didn’t feel cheap. There was a way out for Glenn here and while this reveal was stretched out two more episodes than necessary, I’m fine with it. I’ve read comments of folks complaining about Talking Dead ruining the reveal since Steven Yeun didn’t show up to eulogize Glenn and the vague comments from showrunner Scott Gimple, but in the vacuum that is the show itself, this was hardly a shark jumping moment.

With his water bottle depleted, Glenn gets a gift from above … courtesy of Enid, who’d fled to this business district after leaving Alexandria during the Wolves’ invasion. Undeterred from his experience with Nicholas, Glenn immediately sets upon a new Alexandrite reclamation project and refuses to leave Enid behind.

Glenn challenges Enid’s Just Survive Somehow mentality and encourages her that it’s alright to be scared and worried, but she has to live to truly be a survivor.

Back at Alexandria, Rick finally has a moment to catch his breath and refortify the barriers while at least attempting to not see the Alexandrites as worthless cannon fodder. I wish Alexandria had their Daryl or Carol equivalent who could prove their worth beyond Aaron. Heath seemed like he could have been that guy, but he’s vanished since making it back with Michonne and Kenneth.

Morgan, a man with no loyalties to either faction, has to confront Rick’s war council of Rick, Carol and Michonne. Morgan acknowledges he didn’t kill the five Wolves that attacked Rick at the RV as his creed that all life is precious has helped him survive. He brings up a fair point that Rick didn’t kill him and Morgan stabbed Rick. Had Rick killed him, Morgan wouldn’t have been able to save Daryl and Aaron and the Wolves never would have gotten the backpack leading them to Alexandria.

It’s an interesting butterfly effect breakdown and the rare time where both points of view make sense. We’ve yet to see Rick and Carol’s philosophy of killing their enemies work against them so I’m still more inclined to lean in their favor.

Morgan is still sticking to his guns though and recruits Alexandria doctor Denise to look at the captive Wolves’ leader’s wounds. I’m all for mercy and rehabilitation, but is there any doubt Morgan’s efforts are going to have some serious negative repercussions? Carol spots Morgan and Denise and confronts him, but I’m not so certain Carol will go the expected route and try and kill the Wolves leader.

Ron doesn’t appear to want to drag out his bad intentions plot much longer. After securing a gun to “practice” from Rick, he steals some bullets from the supply closet and ominously stalks Carl. I’m glad Rick didn’t trust the little psycho in training with bullets, but it seems like a poor setup to have the bullets and assault weapons so poorly guarded.

And in other poor plans, Spencer is back to wanting to play hero after being inconsolably resigned to his imminent death a few weeks back. He tries to shimmy across to drive the walker herd away. I could see this working if it was pretty much anyone but Spencer. His rappel line doesn’t hold and Tara of all people manages to shoot off enough walkers until Rick, Morgan and Tobin (Jason Douglas) can pull him out.

En route to Alexandria, Glenn and Enid spot a helium tank and balloons, which they use to signal to the others they’re out there. Yes, I got a little lump in my throat when Maggie saw the balloons and realized what they meant.

But there won’t be a happy reunion tonight as that lookout tower the Wolves’ truck hit finally collapses onto the barrier creating a wide open entrance for the walkers to introduce themselves to the fine folks of Alexandria.

Since next week is the winter finale, it’s a certainty some folks won’t be around come the show’s return. I’m not liking the odds for Eugene, Tara, Rosita or any of the other Tier B characters.

I’m giving away the Daryl Dixon with Chopper Deluxe figure to one lucky reader. All you’ve gotta do is comment who you think will get killed off in the mid season finale to be entered.

0 thoughts on “The Walking Dead: Heads Up recap Season 6, Episode 7”