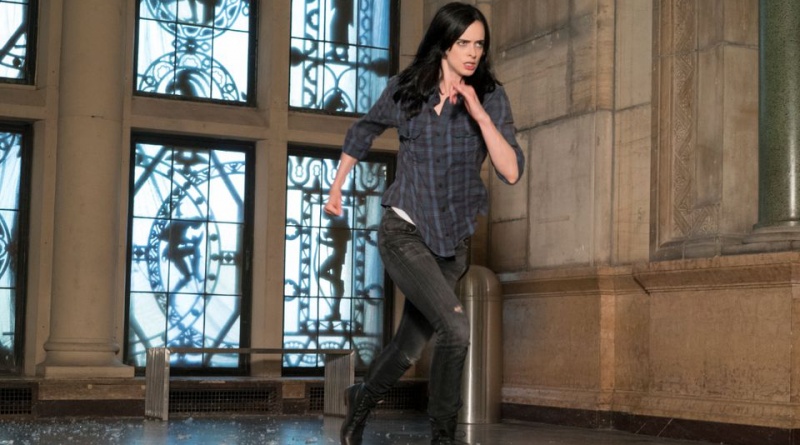 For the numerous problems I had with the second act of this season, man was that a killer finale! Jessica Jones concluded on an extremely high note with an eye to an even better sophomore season.

The writers’ restraint in not forcing cameos from Daredevil and other MCU properties finally paid off.  Jessica needed help for Cage, who was still out cold from the shotgun blast, and ran into Claire (Rosario Dawson) who’s had her share of nursing heroes back to health.

Dawson was a great addition to Daredevil and she was a tremendous presence in the finale. Her experience with Matt allowed Claire to be composed while jabbing a needle in Cage’s eye to administer medication, exchange some witty banter with Jessica and offer some direction on a possible future for Malcolm. 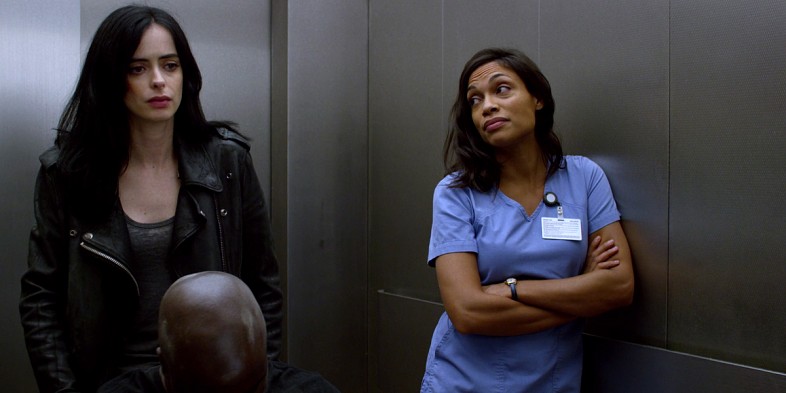 It was all terrific, but it really made me wish Claire had been around sooner to further explore these new acquaintances and potential relationship? There seemed to be a little spark with Malcolm and Claire.

Jessica used Cage’s phone to determine Kilgrave’s latest hangout, but not declaring her love for him and regret the one guy she actually envisioned a future with is the same guy she shot in the head. Sometimes the writers have made Jessica too aloof, but this was a nice tender moment with a well-timed punchline.

By the time Jessica arrives at the hangout — a posh penthouse — one of Kilgrave’s hostages downed a bottle of Drain-O.  Kilgrave saved his worst for dear old dad as he made the penthouse owner hack off poor Albert’s arms off and chop them up via garbage disposal. The show hasn’t shied away from gory scenes, but that visual was a bit much. Albert surviving just long enough to warn Jessica of Kilgrave’s potential power boost came off a bit too horror movie-esque though. 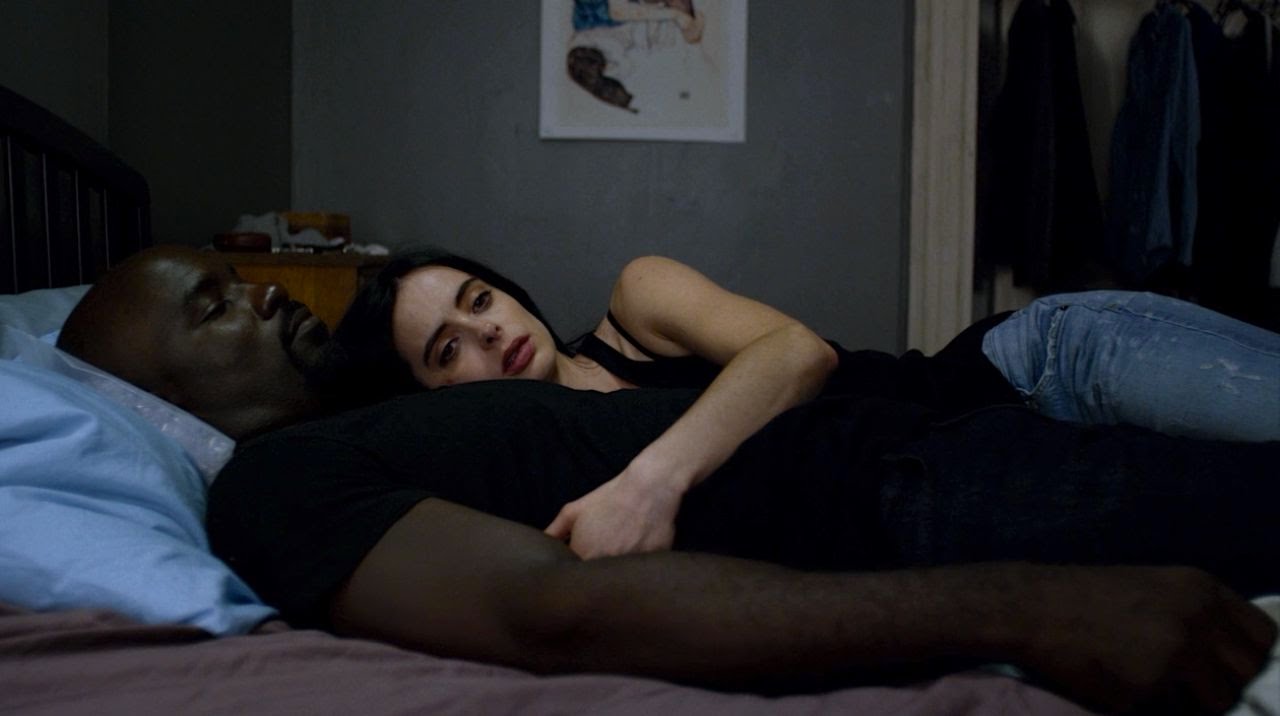 So often in these dramatic final showdown the hero wants to do everything on their own so it was a nice moment to have Trish play the decoy in drawing out Kilgrave. It was an ineffective distraction since Jessica came from the same direction, but the thought was there at least. And Trish deserved some shine for being such a faithful friend/sister.

Were this Supergirl there’d be some long discussion questioning how Kara and Alex could stop Kilgrave because they’re women. I love how that’s not even worth mentioning on Jessica Jones.

And the “Oh it’s Patsy!” scoffing remark was a perfect setup to all the references to Trish’s teen idol past. How weird was it that it took this long for Jessica and Trish to come up with the Kilgrave counter was simply using Beats headphones? It was almost too easy.

Finally Jessica confronts Kilgrave with full intent to kill the murderous bastard. Even with Kilgrave using dock workers to slow her down and groping Trish a bit, Jessica won’t be denied.

While immensely satisfying, the quick neck snap perfectly illustrated that Jessica didn’t do this to Kilgrave earlier, like say when they were at his childhood home, simply because this moment had to be saved for the finale.

I can overlook the almost immediate heel turn of Simpson, the annoying Netflix Marvel habit of killing the older black ally and Robyn’s lynch mob, but not killing Kilgrave earlier resulted in so many needless deaths and that’s all on Jessica.

Kilgrave’s death could have occurred an episode earlier and there could have been a lot more emotional turmoil focused on Jessica’s guilt for the season finale.

Through some curious lawyer speak, Hogarth is able to get Jessica out of jail for Kilgrave’s murder. Hogarth says with the amount of witnesses she has she would have been able to get Hope acquitted. Well, at least her brother knows she’s innocent. 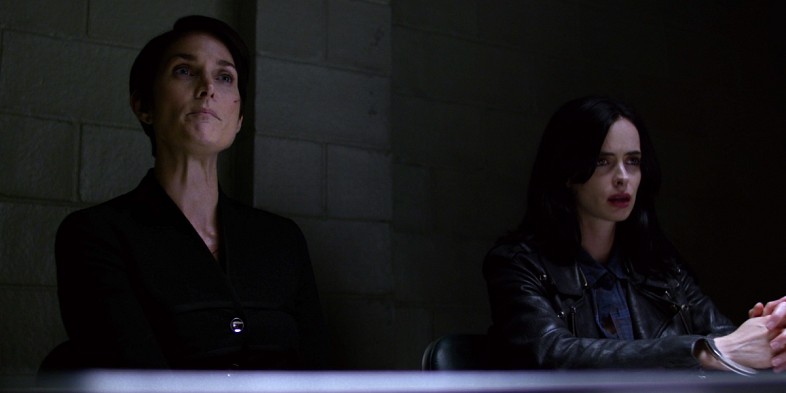 I appreciated that the writers didn’t try and cram in some quickie feel good happy ending for Luke and Jessica in the final five minutes. There’s plenty of time for that later in Cage’s show or when Cage and Jessica unite in Defenders.

The final sequence brilliantly captured what made this show click when it was at its best. Jessica arrives at her trashed office and exchanges a nod when she sees Malcolm in the kitchen washing dishes. She plays her voicemail messages and has a slew of calls for people asking for her help.

In true to Jessica fashion, she starts deleting them, incredulous that anyone would want her help. The next call, Malcolm answers asking how Alias Investigations can help as the episode fades to black.