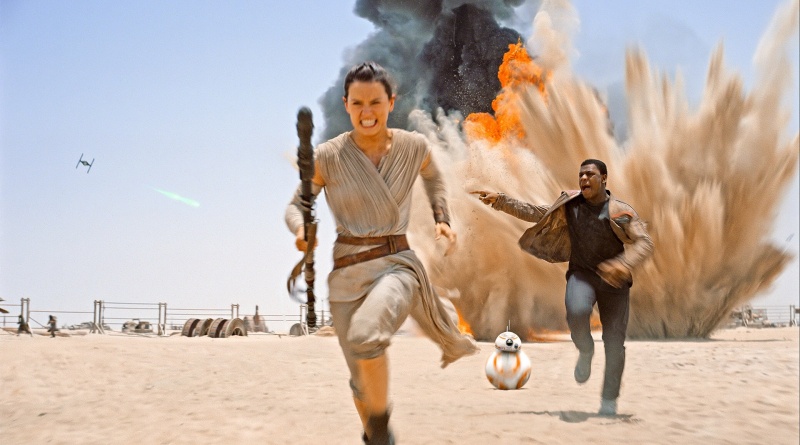 1. Star Wars: Force Awakens – $149 million [2nd week; $545 million] It’s another day and the seventh Star Wars film has set another record. At this rate it’s far more a matter of when Awakens overtakes Avatar, not if.

A better question is if Awakens will be the first US film to reach $1 billion.

Awakens currently sits at No. 5 behind Marvel’s The Avengers ($623 million), but realistically could beat both by Thursday.

On the international front, Awakens notched the record for the fastest film to reach a billion dollars, beating Jurassic World by a day. It’s already No. 15 on the all-time list at $1,090.6 billion as it chases Avatar’s $2.8 billion record.

2. Daddy’s Home – $38.8 million [debut week] Will Ferrell and Mark Wahlberg scored again with their second team-up. This was even better than the $35 million their initial collaboration The Other Guys earned in 2010.

3. Joy – $17.5 million [debut week] Jennifer Lawrence’s latest collaboration with David O. Russell. This film had a different release strategy than their previous films as it was released in 2,896 theater as opposed to the 22 theaters for the first week of American Hustle and Silver Linings Playbook.

5. Alvin & the Chipmunks: Road Chip – $12 million – Families definitely kept Alvin and the boys in strong demand. It’ll be interesting to see how this fares after the holidays once kids return to school.