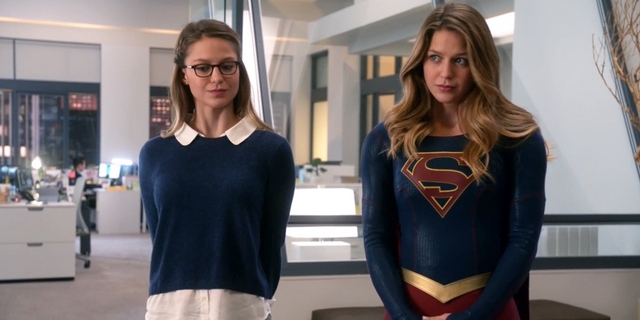 Supergirl continues to be both one of the more entertaining and more frustrating of the comic book based TV shows. Blood Bonds again featured some excellent moments and a few ongoing questionable plot issues that were more than a little head scratching. 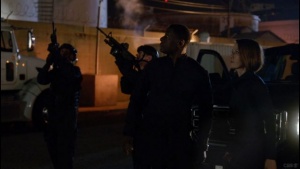 The action picks up right up from that exciting cliffhanger ending from Hostile Takeover with a showdown between Supergirl and her uncle Non. This was one of the better battles we’ve seen so far in the show and it even included a neat interruption from a plane. That’s a fight distraction other shows can’t do and playing up those unique aspects of Supergirl is something the show should do much more often.

Save for one brief training segment, we haven’t really gotten enough indication Supergirl has become an elite level fighter yet she managed to hold her own against her more experienced uncle. It seemed weird Supergirl didn’t have much interaction with Non on the same kind of personal level as her fight with Astra. Sensing a standstill, Non grabs Hank to use as a hostage in exchange for Astra’s release.

For the sake of letting the episode play out, Hank aka J’onn J’onzz aka Martian Manhunter allows himself to be captured. MM’s end game seemed pretty spotty here as he calmly allows Non to set up the prisoner exchange and idly sits by while Supergirl and Alex lead a rescue mission alongside Gen. Lane’s troops even after most of the troops get killed. The show writers have a very curious concept of heroism as Kara was content not to use her powers until Alex was in danger while Hank considers his secret identity more important than the lives of his operatives. 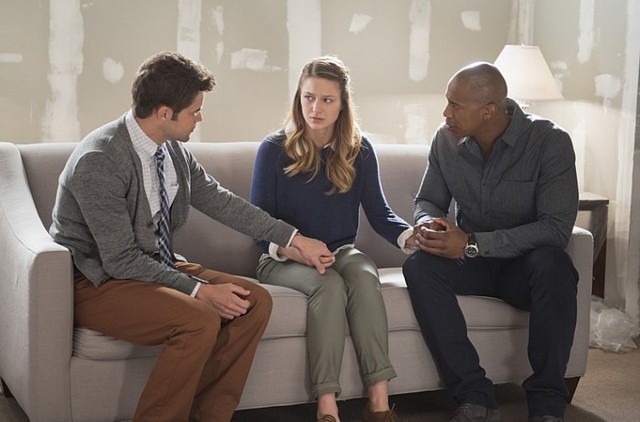 Winn and James had more to do this week than play cheerleader for Kara. James tried to track a lead with Maxwell Lord, specifically why he covered up the Fort Razz prisoner attack on his company. Maxwell Lord is a very weak Lex Luthor stand-in. Peter Facinelli keeps playing the role like a poor man’s evil Tony Stark and he doesn’t come across threatening at all.

The show has really struggled with creating viable villains for Supergirl. Both Astra and Maxwell Lord are underwhelming. At this point, Non seems like the better season long villain even with Max seemingly creating new super villains to take out Supergirl.

Kara has other issues to navigate though since Cat has figured she’s Supergirl. Like the writers, I’m still not sure what to make of Cat. Despite operating this mass media entertainment company, Cat never seems to do anything besides mispronounce Kara’s name while watching Meryl Streep in The Devil Wears Prada on endless loop. Figuring she’s got Kara cornered, Cat gives her an ultimatum — convince her she’s not Supergirl or quit and do more important things for mankind than being a part-time hero.

Continuing the trend from recent episodes, this was better when it focused on Kara’s status as an outsider. Melissa Benoist delivers as usual and it’s a good sign that the writers are allowing her to show more versatility beyond making Kara the most optimistic character on TV. Kara’s shift in attitude toward Astra was jarring. One week she was close to killing her, the next Kara wants to appeal to her aunt’s good nature believing there’s still some good in her. At times the pacing on the show is puzzling as some of these developments would be better served setting up across more episodes.

I get that the writers wanted to convey Kara’s unwavering hope, but trading Astra for Hank in a show of good faith seemed stupid. And after the prisoner transfer and Non summons his mini-army, by all rights this “war” should have ended quickly. 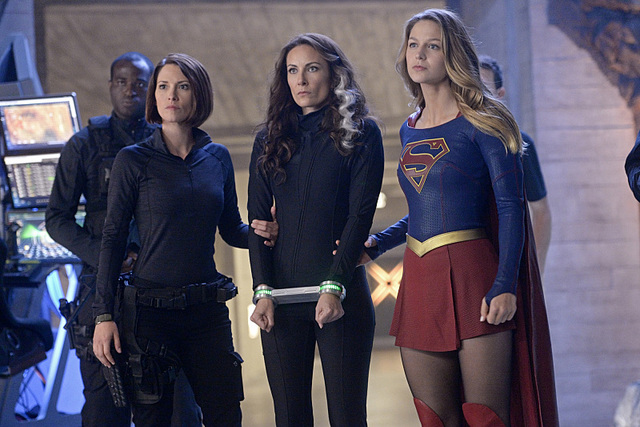 The writing hasn’t fully developed this Fort Razz prisoners/Earthling war to the point they’d want to wipe them out, yet Astra decides to honor the deal. That felt more like a wait until the season finale decision than a smart tactical move on either group’s part.

Alex slipped up during the exchange and suggested J’onn transform within Kara (and everyone else’s) earshot so Alex and J’onn have little choice but to reveal his true identity to Kara. On one hand, I’m glad this wasn’t a drawn out secret, but considering how quickly Martian Manhunter revealed himself to Alex and Kara, he didn’t need to bother hiding it from them in the first place.

With that secret out, Kara now has a way to fool Cat and has J’onn J’onzz swing by Catco and talk to Cat as Supergirl while she walks in as Kara. That’s a nice nod to a comic storyline where Supergirl helped Superman out by doubling as Clark Kent. It was great to finally see Cat humbled a bit and Kara actually getting the upper hand for a change in the office storyline. Clark emailing to check up on Kara seemed unnecessary this week especially since there was little reason to be so concerned this time out.

The season looks to be coming more into focus with Max’s supervillain factory and Astra & Non’s machinations being Team Supergirl’s primary objectives. To take the season to the next level, the writing will need to ramp those new threats considerably and continue to tap into Benoit’s range.