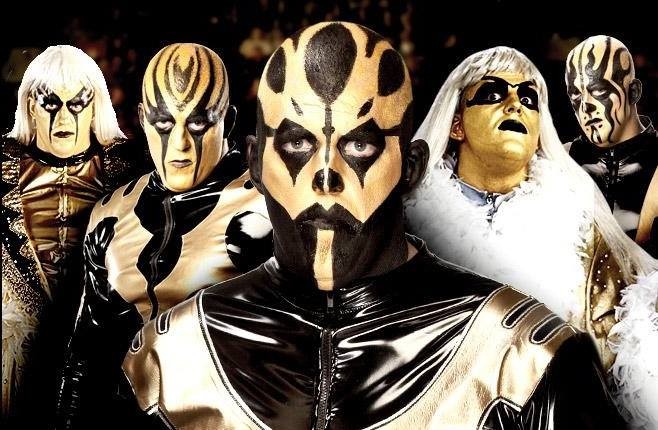 Cross Rhodes: Goldust, Out of the Darkness (WWE)

attempts to reveal the man — Dustin Rhodes — behind the WWE superstar Goldust.

Better than a lot of wrestling autobiographies, I came away with a better perspective of Rhodes even as I was underwhelmed with the wrestling content of the book. In this case, the majority of the brief 225-page book is devoted to Rhodes’ relationship with his father, “The American Dream” Dusty Rhodes and his subsequent addiction struggles.

Through a groundbreaking series of vignettes back at the origins of the WWE’s Attitude Era, Rhodes elaborated in decent detail his feelings toward his father and the struggle to live in his shadow. This proved one of those rare instances in wrestling where the audience gained legitimate insight on a wrestler’s thought process. As such, a lot of the chapters devoted to Dusty and Dustin’s relationship offers that sense you’ve heard this story before. While he regretted his father’s role in his formative years as he was one of the major forces in wrestling in his heyday, Dustin Rhodes comes across cautious in talking too negatively about his father, especially since they’d since reconciled. 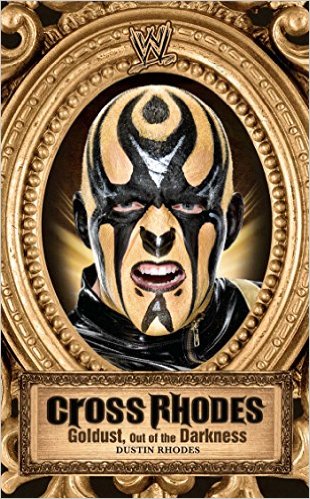 As common with these books co-published by WWE Books, I always wonder exactly how free the wrestler felt to write about their career and not wanting to raise the wrath of Vince McMahon. It’s not like being anything but overwhelmingly complimentary of Vince’s genius would see print, but the unabashed praise also feels somewhat disingenuous.

Unlike books by his peers Bret Hart Hitman: My Real Life in the Cartoon World of Wrestling

, Chris Jericho A Lion’s Tale: Around the World in Spandex

and Mick Foley, Rhodes is still a WWE employee. That means besides a few complaints about stars like Ezekiel Jackson, Sheamus and Vladimir Kozlov being a bit too physical at times and the grueling travel schedule, Rhodes offers little complaints or even minor criticisms of the promotion.

I’m not really interested in learning locker room dirt like who slept around with who, which stars are heavy on the drug and alcohol kick, but most of my favorite wrestler autobiographies contain a number of fun stories about their interactions and favorite stories with their peers. Rhodes doesn’t go into the level of detail I was hoping for concerning his career highlights from his stint as a upper mid-carder in WCW to his run as Goldust and Dustin Rhodes in the WWF. I’d been somewhat satisfied learning who he was close with on the road, what he thought of The Kliq, who didn’t he enjoy working with and more of that kind of random knowledge we’d never know outside of this kind of forum. 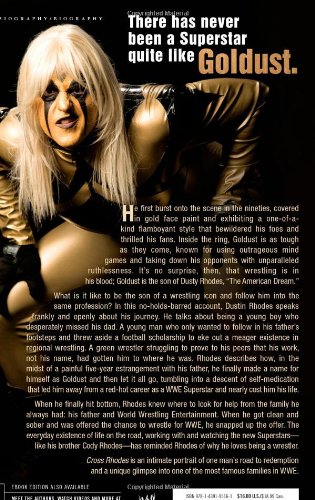 There’s some chronological issues as well as Rhodes frequently jumps back and forth with various points in his career. For the casual fan just familiar with Goldust’s final act it won’t be noticeable, but longtime fans will know he wasn’t heading to TNA in the early 1990s as the promotion wasn’t founded until 2002.

Rhodes largely skips entertaining road stories or offer up much insight into his fellow wrestlers. As a longtime WCW fan, it was cool reading how appreciative Rhodes was of the lessons he learned while working with stars like Barry Windham, Ricky Steamboat, Arn Anderson, Larry Zbysko and Bobby Eaton. And even then, it’s very quickly covered before Rhodes is on to the next point. Since Rhodes is now back in WWE, his tenure in TNA/Impact Wrestling is also briefly discussed. Save for Mick Foley’s Countdown to Lockdown: A Hardcore Journal

there haven’t been a lot of books from stars who’ve competed in TNA so the small segment on the lower-tier promotion was expected, but a little disappointing.

The bulk of the book is devoted to Rhodes’ addiction issues. Rhodes is commendably honest and forthcoming with his role in his divorce, health issues and firings from both WWF and WCW. It makes for a much better read since Rhodes isn’t focused on portraying himself as the hero or victim in these numerous instances. He’s just brutally honest, which makes his eventual recovery more satisfying and rewarding for the reader.

While there wasn’t enough wrestling content in the book for my liking, the insight into the mind of an addict and the long journey to recovery and to stay on that path was engaging. I’d certainly recommend it for those struggling with substance abuse or those who know someone struggling. For wrestling fans, while you’ll never forget the name, Goldust’s book isn’t very memorable.