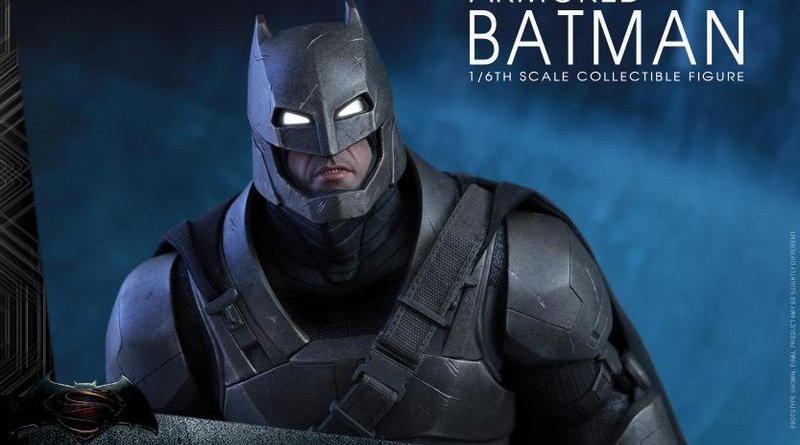 We’re just a few more weeks away from the big clash between Batman and Superman. I’ve gotten increasingly more and more hyped up for it with each trailer. I’m not as confident it’s going to be my favorite film of the year — that still seems like Captain America: Civil War — but Batman v Superman: Dawn of Justice is really starting to look like it could be a close second.

Hot Toys has already revealed a basic Batman and Superman figure for its line of movie based figures and today they revealed the Superman-battling armored suit Batman takes into action to fight Superman on more equal terms.

The epic confrontation between Batman and Superman will finally hit the silver screen this March in Batman v Superman: Dawn of Justice! After witnessing the chaos Superman can brought upon Earth, Bruce Wayne is determined to stop the Kryptonian and donned his heavily armored Batsuit to take on the powerful Superman in this “greatest gladiator match in the history of the world”!