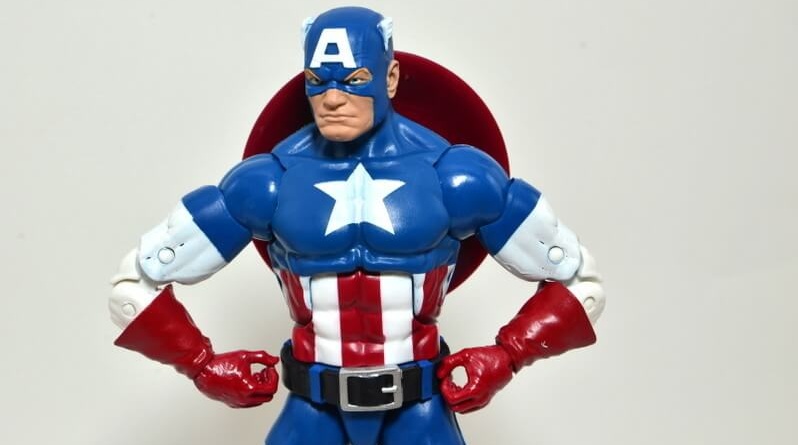 With Captain America: Civil War hot on the horizon, Hasbro was quick to crank out a Captain America theme Marvel Legends set. You’ve gotta hand it to Hasbro for the strategic roll out of the Marvel Legends line and populating the various waves with comic book style characters and limiting the more movie based appearances. It’s paid off and given us some B- and C-List characters that would never have been possible. Today though I’m looking at the man himself — Captain America.

Toy Biz set a high bar right from the start with the Marvel Legends Series 1 Captain America before following it up years later with the equally popular Face Off version complete with scale mail sculpted top. That’s been my default version, but with the updates to the ML articulation model, let’s see if this new one has what it takes to be the centerpiece of an Avengers display.

Packaging: The 2016 ML packaging isn’t a big departure from the 2015 model. Instead of the prominent Marvel Legends on the front, the package simply says Legends Series and the Build a Figure logo is smaller as well. The subset line, in this case Captain America, is more pronounced. I liked the more uniform look a little better, but I appreciate the blue accents for the Captain America line.

Along the sides is a drawing of Cap while on the back is a portrait, mini bio and the rest of the wave teasers. I still think the back package could do a better job showcasing the other figures. The back portrait is too dark to really show off the figure. If customers were on the fence I’m not sure the back package would sell them on grabbing these figures.

Likeness: Alongside Cyclops, Captain America is my favorite Marvel hero and just like Cyclops, Cap has never had a perfect headsculpt. The best remains the first ML figure. This new figure looks too stern and chiseled from granite. There’s just something off that makes the headsculpt come across too mean, which doesn’t fit Cap well at all. I do like that the eyebrows were visible and sculpted. 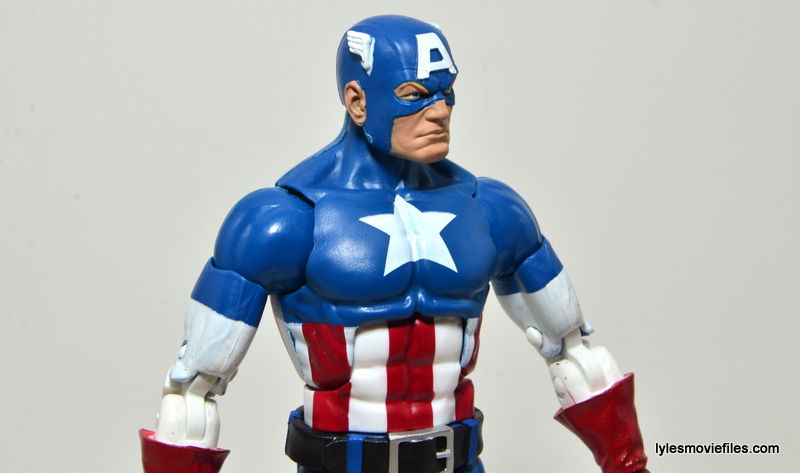 Beyond the absence of the scale mail top, which was inconsistently drawn on and off for decades, this is the classic Cap we’ve been waiting for since Hasbro revitalized the line. The build is broad without being too bulky and the outfit isn’t dominated by the flared gloves and buccaneer boots.

Scale: Captain fits in just fine with his fellow Avengers thanks to the thicker chest and torso. While the Face Off figure pretty much fit with newer MLs height wise, he always came across a little slight.

Paint: White and red are a nightmare color pairing, but there’s not any bleeding between the stripes, which was impressive.

Like the three-pack Cap, the white of the torso and arms has some consistency issues and isn’t covered as strongly as I’d like. That’s not a new issue though as even the Toy Biz figures had issues with the white paint coverage. The red is nice and eye catching and the blue is a strong shade to make Cap the walking American flag we know and love.

Articulation:  Here’s where this updated figure outshines its predecessors easily and makes a firm case as to why it’s worth grabbing the upgrade. Ditching the ball joint hips for a smoother flow, Cap 2016 feels nice and fluid when posing him without the ratchey movements of the Toy Biz figures. If anything, the figure’s joints are a little too tight, but I suspect with a little posing, some of them will loosen up over time. 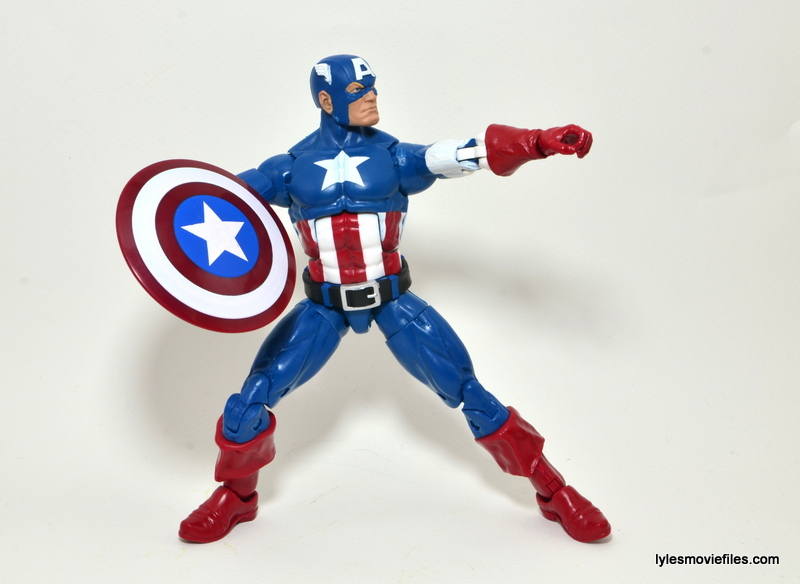 Accessories: For some collectors, the accessory is going to be more than enough to sell them on the figure. In an early 90s storyline, Cap was turned into a Wolf. It was a strange time of foil embossed covers, trading cards and other gimmicks. Anyway, in honor of that moment in Cap history, Hasbro included an alternate Cap Wolf head. To complete the look, it would have been nice for alternate Cap Wolf claw hands, but that’s probably pushing it.

Additionally, Cap gets another set of hands — a pointing ‘Avengers Assemble’ one and a saluting/karate chop hand. I appreciate the options to allow for some display variety.

Also, Cap comes with his trademark shield. This one looks different than other versions with a darker red and stronger white. I think I like it? I definitely prefer the white to the silver some shields have sported. The shield arm connector is somewhat loose allowing the shield to not stay on the arm as snugly as I’d prefer. The shield also has a hinge, which theoretically could aid in posing. I think mine is just loose as well. The figure also comes with shoulder straps for additional shield display options, but they will fall down if you look at them closely so they’re pretty much worthless unless you decide to glue them on. 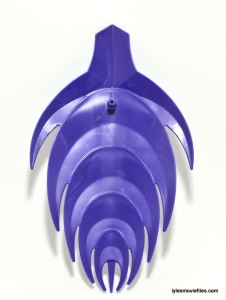 storyline, the BAF is the Red Skull Onslaught tail(-fin?). This figure is going to be more useful with more of the Uncanny Avengers getting made or when the X-Men wave with the original Onslaught head is released later this year.

Worth it? Since we’re not going back to the good old days of a well-articulated 6″ figure with a BAF piece for $10, Hasbro is doing its best to ensure we get our $22 worth.

With a better regular head and more secure shield this would earn a 10 even with the shaky white paint applications. This is a tremendous figure and one that can rightfully take its place in the front of your Avengers display. 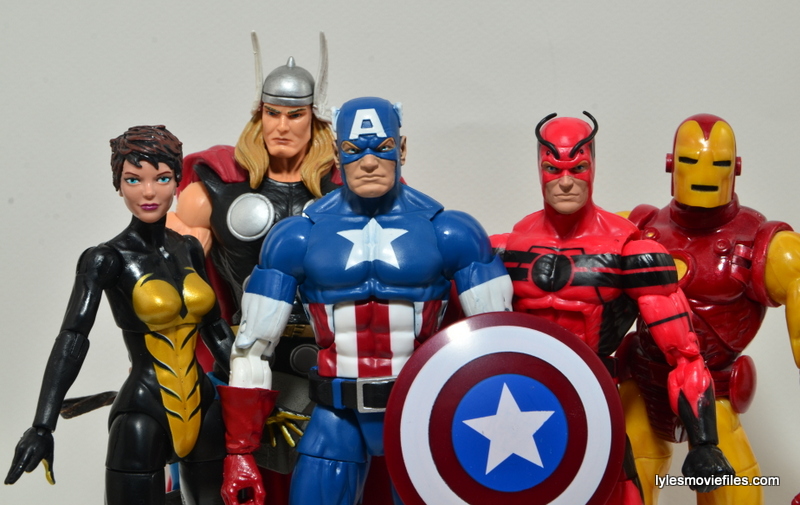 Where to get it? I found the remnants of the wave at Toys R Us. Online retailers reportedly have a Feb. 1 embargo, but they should start showing up all over at that point.