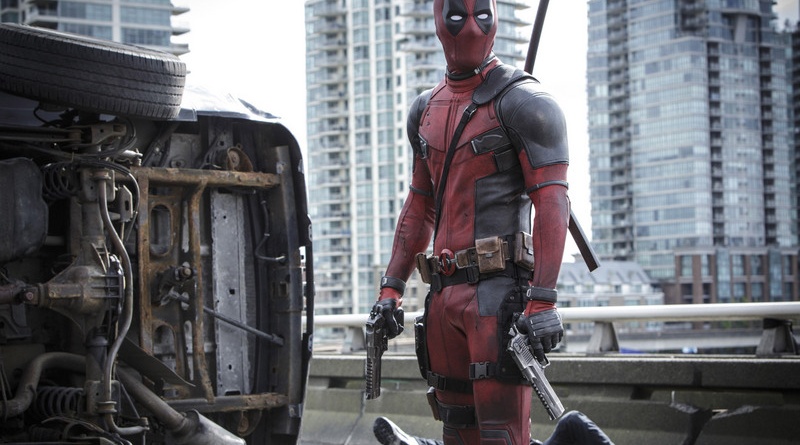 Fully tongue-in-cheek and loaded with a double shot of awesomeness, Deadpool is pretty much a perfect comic book movie. You’d be hard-pressed to find a comic book film so unapologetically faithful to the tone and spirit of its source material and absolutely nailing it. Cue up winking Deadpool at the hint of a double entendre.

For everyone worried the trailers showed all the good parts — I see you in the back with your hand raised, thank you — rest assured, there’s plenty of ridiculous goodness to enjoy. This is hands down the funniest comic book adaptations and will likely require multiple viewings to catch all the jokes you missed the first time from laughing so long.

Zombieland screenwriters Paul Wernick and Rhett Reese have zero chill with regards to the established tone of a comic book origin film, the X-Men franchise, the cast or the Fourth Wall. In other words, they were the only duo capable of pulling off a Deadpool movie and doing it right. 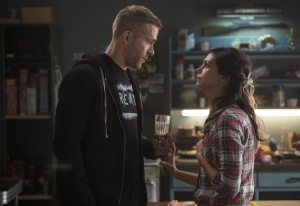 It helps having star Ryan Reynolds so gleefully enjoying the comic book role he was born to play. In the cooler, hipper version of the Oscars, Reynolds would be a lock for a Best Actor nominee. Reynolds, who’s played his share of chatty characters, has his ultimate challenge here. He so ideally embodies everything about the character it seems absurd that anyone else could possibly do Deadpool justice.

Credit 20th Century Fox for signing off on Deadpool: The Get It Right version. In its previous attempts at expanding the X-Men brand, 20th Century Fox laid a major bomb with the disastrous X-Men Origins: Wolverine. The one bright spot was Reynolds’ pitch perfect performance as Deadpool until the mind-numbing decision to make the Merc With a Mouth a mute in the climactic battle. I only spoil out of love kids.

Typically, Reynolds wouldn’t have even been in the running as execs would prefer to have some distance between such a stinker film and their fresh, glossy new potential franchise. But just from the trailers, it’s obvious Reynolds owns this role like few comic book actors — I’m talking short list like Downey Jr., Evans, Ledger, Stewart and Jackman. 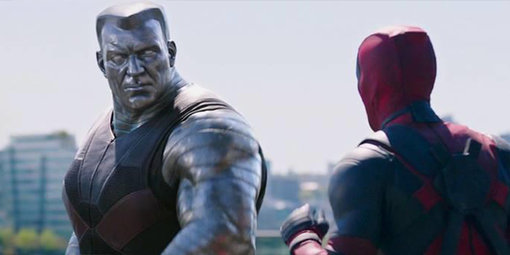 Smartly weaving in the traditional origin tale with a revenge piece, Deadpool explains his previous life as mercenary Wade Wilson and why he left his fiance, Vanessa (a terrific Morena Baccarin, Gotham), to take part in an experimental procedure led by Ajax (Ed Skrein) in hopes of curing his terminal cancer diagnosis. Ajax’s cruel experiments led to Wade triggering his latent mutant powers of regeneration, but left him disfigured.

Fresh off a stilted performance in Transporter: Refueled, Skrein shows far more spirit and vigor here. Maybe he’s just better suited to playing the villain? Serving as his bodyguard/enforcer is Gina Carano as a mutant powerhouse. 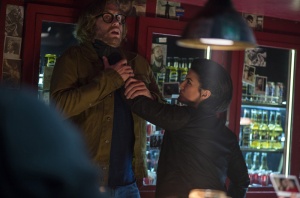 Nothing is taboo from Reynolds’ previous comic book films, Deadpool’s blind roommate (Leslie Uggams) and especially 20th Century Fox’s “cheapness” in holding back the X-Men love. To that end, Colossus (voiced by Stefan Kapicic) and Negasonic Teenage Warhead (Brianna Hildebrand) are the only X-family members that make an appearance save some hilarious cameos from Hugh Jackman. It’s ironic that it took a Deadpool movie to finally get Colossus right. He’s brawny and over-the-top good-natured, but can throw down when it’s time for a fight. After his work on this film, costumer Angus Strathie should be handling the outfits for all the X-Men movies from this point on.

Director Tim Miller understands the need for controlled chaos and stages the mayhem in clear fashion while providing that comic book spectacle feel with a dash of Tarantino cartoonish level violence thrown in for good measure.

Any parents considering bringing or allowing their under 17-year-old kid to see this film, should please drop off their parental card off in the dish to your left. Deadpool is a hard-earned Rated R film with a healthy dose of obscene language, sexual situations, violence and nudity to cross off the R-rated checklist. Even the obligatory Stan Lee cameo was a major departure from the norm.

Viable options for my Best of 2016 list will now be vying for nine spots. It may be early in the year, but Deadpool could be the year’s most unexpected breakout film. For every fan it’s everything you wanted in a Deadpool movie and more and for those curious about the fuss of this character they see at every pop culture convention, it’s time to hop on the bandwagon. It’s chimichangas time.

3 thoughts on “Deadpool review – they got it right”