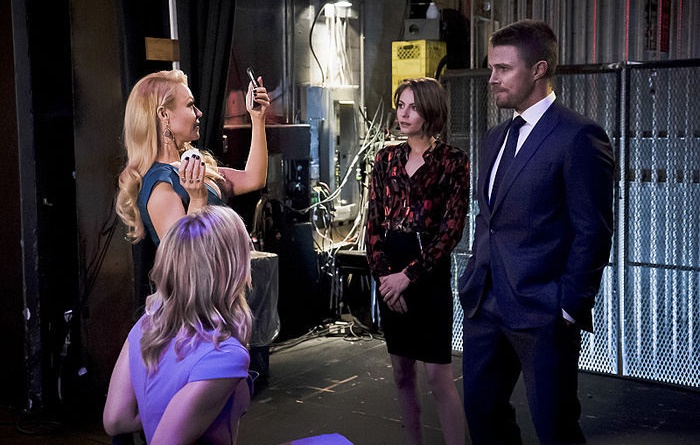 Arrow struggled mightily early this season with little to suggest it could right the ship. Focusing too much time on setting up for Legends of Tomorrow really derailed the early momentum despite having a killer season villain in Neal McDonough’s Damien Darhk.

But with that cliffhanger featuring the world’s worst babysitter, it’s clear Arrow has regained its mojo and is aiming at making this final half of the season must-see each week. 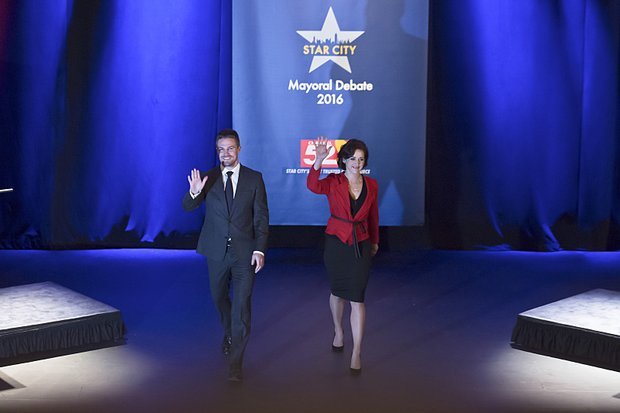 Last week’s theme was the sins of the fathers while this one may as well have been the secrets we keep to save ourselves. We saw the depths of which some characters, like Oliver, will continue to go to maintain their secrets while others like Lance ultimately realize a lie isn’t worth losing a loved one.

What was especially neat with this episode was both approaches aren’t necessarily wrong. For Lance, lying to Donna forced her to drop the flighty airhead routine for a moment to get serious. I’ve liked how Charlotte Ross is handling the character. Donna’s default is happy go bubbly, but she does have a serious side as well.

Team Arrow has become adept at keeping secrets within its circle that it was compelling watching Lance wrestle with confiding in Donna. And it was equally intriguing seeing how the team silently endorsed his no sharing mentality, but in the end Lance decided to bet on his relationship and tell Donna everything about his dealings with Darhk while keeping Team Arrow out of his confessional. 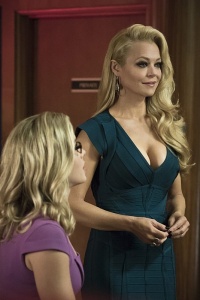 On the other side, Oliver was not trying to reveal any info on his son, William, until Thea finally cornered him after doing some investigating. I’ve been really impressed with the handling of Oliver’s son and how it’s deviating from the cliche hero lies to friends and family to protect them. Oliver is in a no-win situation, though unless his baby mama is a secret member of HIVE how would she know if he told Team Arrow? Thea’s response was interesting. She’d love to be an aunt, but the life of a costumed vigilante/mayoral candidate is too dangerous to introduce his son to the fray. But the crazy thing is Thea isn’t wrong.

The episode kicked off with Darhk playing Lex Luthor holding court at a Legion of Doom meeting at a HIVE strategy session. Merlyn is now fully in the fold — someone get this guy a prosthetic crossbow hand already — and is still blowing up major Team Arrow secrets like confirming Lance has turned on HIVE.

To further stack the odds, Darhk’s wife, Ruvé Adams (Janet Kidder, yes Margot — aka Lois Lane — Kidder’s niece) is preparing to put an end to Oliver at their mayoral debate. Oliver doesn’t usually have the reckless cavalier attitude of his comic counterpart so it was fun seeing him taunt Adams with hints that he knows her real identity. 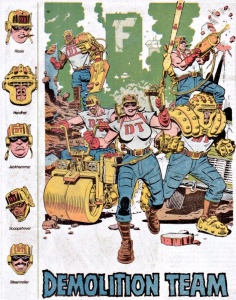 Rather than pillage Batman’s Rogue Gallery this week, the Arrow writers decided to bring in some Green Lantern foes The Demolition Team. This non-powered five-person team got shrunk down to three, but made for a fun challenge for Team Arrow as they tried to demolish some buildings to kill Lance and Oliver. The building destruction effects were a little soft, but that’s to be expected on a TV budget.

And this has been the norm for the season, but the action sequences once again killed this week as Director James Bamford worked in some multi-level shots to transition to other battles. The only one that was off was the island flashback featuring Oliver’s fatal confrontation with Conklin where the stunt double was a little too obvious.

For the buildup all season, Conklin sure got taken out abruptly after Oliver got some very light prodding from the other prisoners and Taiana.

And why Oliver didn’t seem to consider Baron Reiter is keeping the prisoners alive until he gets whatever he’s looking for was silly. The present day story has vastly improved, but the flashbacks continue to be going nowhere.

With the Demolition Team beaten, Oliver and Felicity could celebrate their engagement party with their family and friends. Curtis, who Oliver exclaims is terrific, already finding a way to allow Felicity to be able to walk again via a biochip is worrisome. 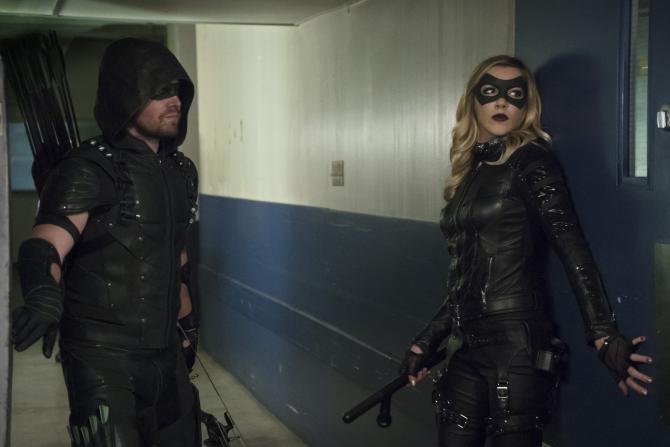 Felicity’s disability isn’t something that needs to be “fixed” too quickly. Unlike Oracle, there’s no costume awaiting Felicity when she gets back on her feet. And healing her diminishes some of the impact of her initial paralysis and weeks devoted to her recovery.

Darhk has no need of wasting a golden opportunity so he introduces his daughter to their new house guest while his mother is away — William. And next week’s preview looks like things aren’t going to be drawn out on that front. You’ve gotta admire a villain who so enjoys being a villain.

A welcome return to crazy action and Darhk drastically raising the personal stakes resulted in another satisfying episode.