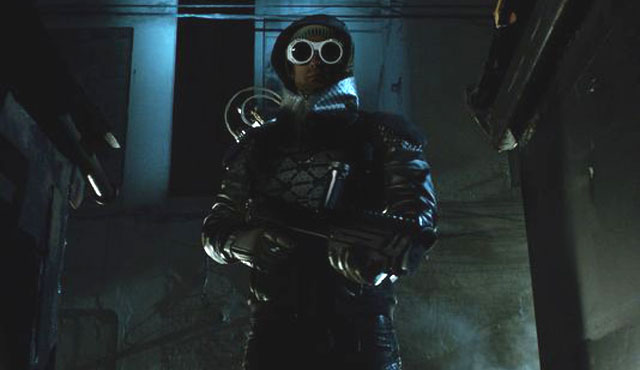 Of all the comic book TV shows last fall that were in a good place as the winter break hit Gotham was surprisingly right at the top. A strong final string of 2015 episodes put the Batman series without Batman on solid footing for its return in the new year.

Trying to recapture the momentum from a three-month break was asking too much, but there were signs it won’t take Gotham too long to heat back up again. Tonight was essentially a table setting episode to catch viewers up on the new status quo and establish the new villain for the season’s second half.

Picking up where the midseason finale ended, Gordon is being investigated for his possible connection to Theo Galavan’s death. The writers made a gutsy move having the show’s protagonist kill a major villain in cold blood and directly tie his future to Penguin and I was glad to see the show immediately address that fallout. On one hand, it’s hard to fault Gordon for killing such a dangerous threat to everyone in Gotham, but that’s not the find another way approach we’re accustomed to seeing from heroes.

And now lying about the events is taking Gordon further down a more vigilante path. There’s little connection to the characters from the comic and the show at this point, which is fine since the writers haven’t seemed all that obligated to stay within established Batman continuity for awhile now. 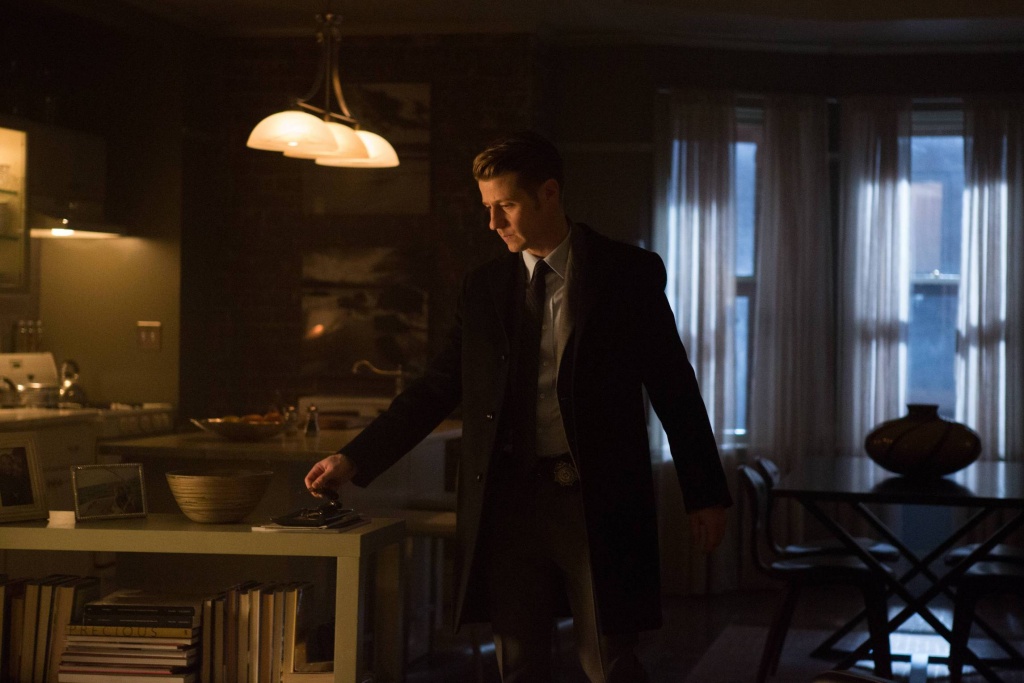 Both Harvey Dent and Capt. Barnes seem skeptical of Gordon’s story despite him passing a lie detector test. And even after apprehending Penguin, who signs off on Gordon’s account of the events, Barnes warns Gordon not to make him look like a fool. There’s really no need to further the Galavan murder with more investigations, but this definitely helped sow seeds for a rift between Barnes and Gordon.

While we’ve already seen The Penguin, Catgirl, Joker-lite and Firefly ver. 1, it was still somewhat surprising the show introduced Victor Fries (Nathan Darrow) and by the episode’s end already gave him his Mr. Freeze alter ego.

Despite the tease at the midseason finale, I was kinda hoping the show would stick to creating arch-enemies and original rivals for Gordon without relying so heavily on the Batman Rogue Gallery. Some of these guys are going to be creating havoc in Gotham City for decades before Batman finally shows up and if Gordon and company can take them out, it negates the actual need for Batman.

Mr. Freeze is a particularly tricky character as he’s one of the more sympathetic Batman rogues. Victor Fries became a ‘supervillain’ to save his dying wife, Nora (Kristen Hager). For a show typically short on subtlety, the complexity of Fries’ plight was handled well for the most part. Darrow played the concerned husband fine, but Hager stood out as Nora discovered Victor was conducting his experiments on humans. In a nice departure from the norm, Nora was horrified by Victor’s actions, but not willing to give him up to Gordon and Bullock because he was doing it for her. 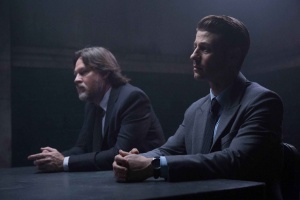 Just as he arrives at the police station to confess and get Nora released, Victor spots the pharmacist he froze walking around with no side effects. Bolstered by his successful experiment, Victor leaves the station and plots a plan to break Nora out and save her life. We know how this story plays out, but in this instance, the show kinda has me rooting for the bad guy to succeed.

The other significant plot featured the show’s other main character – Penguin as he was back in a depression despite killing the man who killed his mother. While in custody at GCPD, Nygma secretly checks in on his ally and agrees to visit Penguin’s mother’s graveside occasionally and bring lilies. The unlikely friendship of Nygma and Penguin has been one of the better developments this season and one I hope the writers continue to explore. Nygma also bucked back when Bullock started putting him down again. I worried that like Gordon, the writers just want us to forget Nygma’s murderous actions while things get to ‘normal,’ so I was glad to see Nygma have more of an edge after killing Kristen. 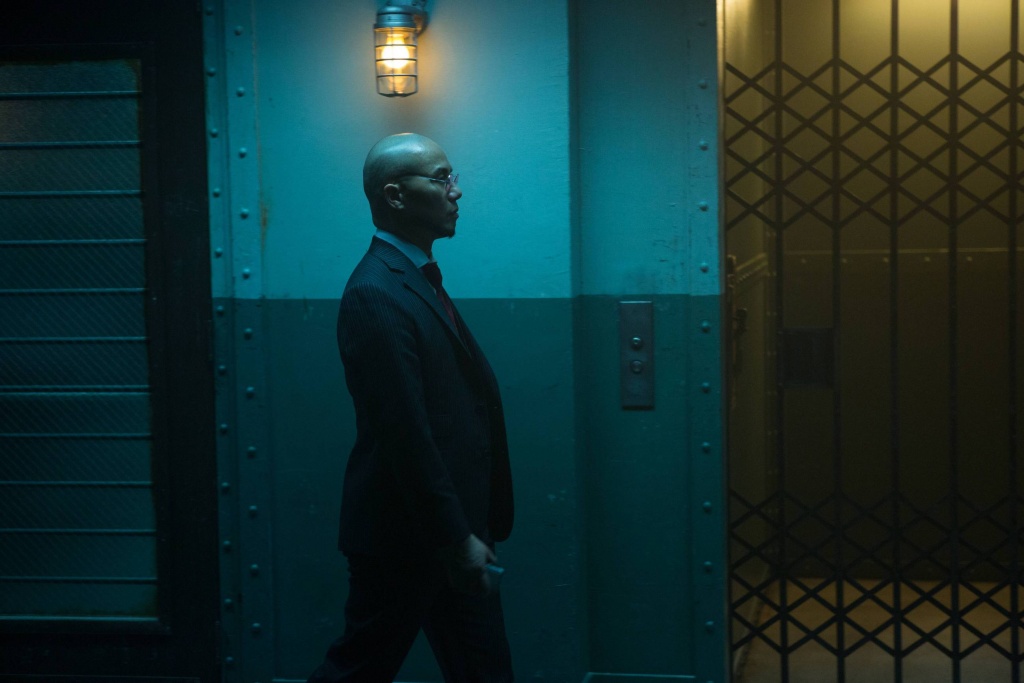 Since he managed to get declared insane, Penguin’s prison stint will be held at Arkham Asylum. There, his therapy sessions will be conducted by Dr. Hugo Strange (BD Wong, Focus). Wong is a solid fit for Strange and instantly makes him among the more intriguing characters on the show since we already get numerous hints he’s got secrets and an agenda beyond helping the criminally insane.

With a power vacuum with both Galavan and Penguin out of the running, Butch and his snazzy power drill hand attachment has filled the void. Tabitha resurfaces and proposes a partnership. I won’t complain about seeing Jessica Lucas on TV every week, but it makes little sense for Tabitha (and Silver?) to stay in Gotham with so much attention on their family.

It continues to be odd how Gotham goes so over the top with gore that it seems more indulgent with the violence than an episode of The Walking Dead. This week, several characters were flash frozen with one getting shattered by a speeding car and another character gouged his eyes out. It seems like Gotham’s weekly checklist must include some ridiculous shock scene. The show will be all the better for toning down the cartoonish violence.

While it wasn’t as strong as the episodes to close out the first half, this episode set the stage for an engaging second half thanks to a pair of intriguing villains.