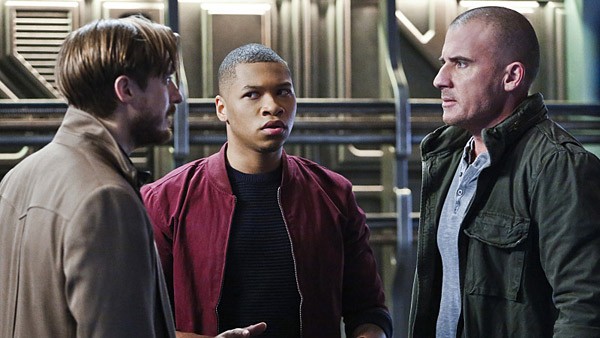 Last week’s exceptional episode had me encouraged about the future of Legends of Tomorrow.  This week left me decidedly less optimistic and more than a little worried that this season could be a roller coaster ride of inconsistency.

On paper, having the team fighting for their lives on two separate fronts on two space stations probably looked like a good idea, but the episode quickly devolved more into a warmed over Star Trek installment than one featuring superheroes.  Legends’ budget isn’t quite up to par with that series and the space/shuttle scenes have never been a strong point of the show. An episode set largely on spaceships only brought more attention to the deficiencies.

Per the norm, Gideon had some mechanical failures. Of all the Waverider ships Rip could have stolen, he sure picked a lemon for his life or death mission. Much like a GPS, the Waverider’s navigation system needed an update, which Rip no longer had access to given his rogue Time Masters status. Luckily, Eve Baxter, a fellow Time Master’s ship was stranded forcing her to send an SOS for help. 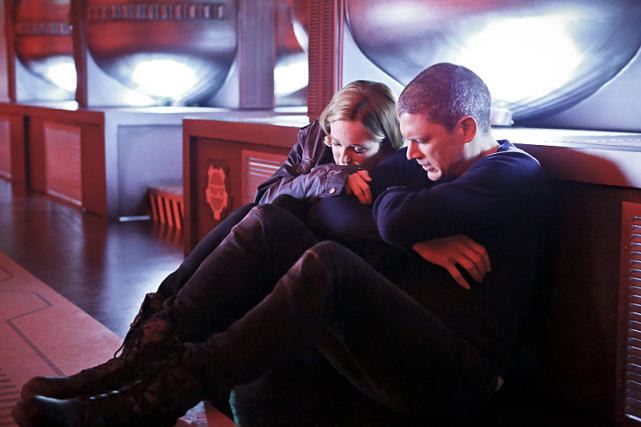 Rip, Rory, Stein and Jax took the scout ship while the others remained behind. Rory, Rip and Jax quickly get captured by Time Pirates who’ve taken over Eve’s ship. There was some nice Easter Egg moments with Rip sending voice commands using DC characters Kanjar Ro and Imperiex. And in another sly comic reference, the main Time Pirate henchman seemed to be wearing Vandal Savage’s comic book attire.

. No real knock as I love that movie from my childhood, but it’s not in the same league as the two sci-fi big guns.

The writers were a little too ambitious this week trying to awkwardly connect Rip recalling his early courtship of his wife, which led to her resignation from the Time Masters. Like the Jedi, love and attachment are forbidden and once their relationship is discovered — by them making out in the training hall (nice and discreet) — and Wifey Hunter doesn’t want to deny Rip a chance to travel through time.

Shedding more light on Rip’s love of his family is importance, especially since there’s been some subtle teasing of romantic tension between Rip and Sara, but it felt more like more of the recent distracting flashbacks on Arrow.

On the Waverider, the Time Pirates attack knocked out the life support system forcing Ray to don his Atom armor to do some outer space repairs while Sara and Snart bonded over his connection to Rory. Sara and Snart make a more intriguing pairing, but I’m not ready to give up on our prickly, icy ideal version of Captain Cold yet.

Stein got to live out his space adventurer fantasy and knock out a guard and take his uniform, or beret in this case. Beyond the obvious budget issues forcing limited appearances, it’s mildly annoying that Jax and Stein don’t immediately become Firestorm when trouble presents itself. Rip’s gambit wouldn’t have been necessary had Firestorm made a quick cameo and roasted the Time Pirates. 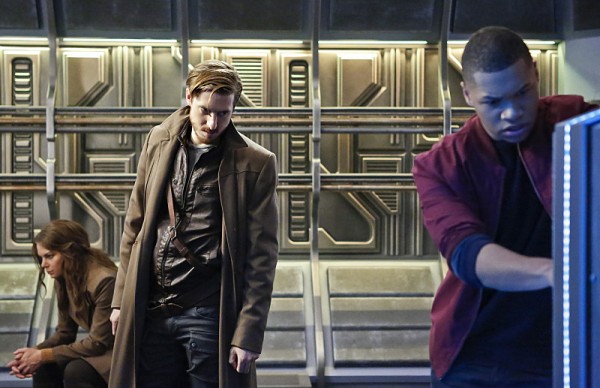 Rory cut a deal with the pirates to place him and Snart back in 2016 so they could get back to their normal lives. I’m not sure what to make of Rory’s ‘heel’ turn against the team. He’s always been a bit of a loose cannon, but two weeks ago, he was risking his life to save Ray and now his willingness to turn his back on the group reeked of inconsistent characterization.

Equally inconsistent with last week’s events was the forced relationship with Kendra and Ray. Kendra pleading with Ray to come back to her because she needed him seemed to come out of nowhere after she blew him off a week ago. Kendra has easily been the weakest developed character of the cast and shoehorning her into a relationship isn’t going to help on that front at all.

Appreciative of the assist, Eve gives Rip the updated navigation system while the team decides Rory’s fate. Snart takes him to a forest and seemingly puts him on ice. The criminal bromance of Snart and Rory has been one of the best aspects of the show and potentially ending it in the span of two weeks felt way too quick given their established loyalties to one another. Given the writing, I’m more inclined to agree with Rory as their mission to stop Savage has thus far been largely ineffective. At least in Central City, the Rogues would be making some big scores.

The space episode did little to advance the main story once again relying on the Snart/Rory dynamic to salvage an otherwise perfectly forgettable outing.