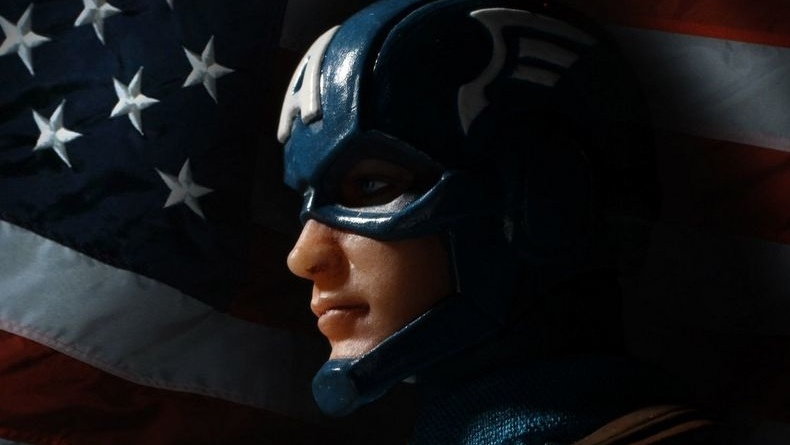 With a new film poised to be one of 2016’s most hotly anticipated films, Captain America is on track for an excellent 2016. It got a little better with Mezco Toys’ reveal of more pictures and details of its first Captain America figure as part of the highly acclaimed One:12 collection.

Vowing to serve his country any way he could, young Steve Rogers took the super soldier serum to become America’s one-man army. Fighting for the red, white, and blue for over 60 years, Captain America is the living, breathing symbol of freedom and liberty.

Meticulously developed to capture Captain America’s modern heroic look, this One:12 Collective figure is the first of our Marvel Universe line up. Featuring over 32 points of articulation, intricate sculptural work, incredible costume detailing, and tons of accessories, the final product creates an iconic vision with a “real world” look.

The One:12 Collective Captain America features:

What’s in the box:

Each figure is packaged in a deluxe, fifth panel window box with translucent acetate slipcover. Designed for collector convenience, the packaging allows for both maximum protection as well as ease of removal for display. 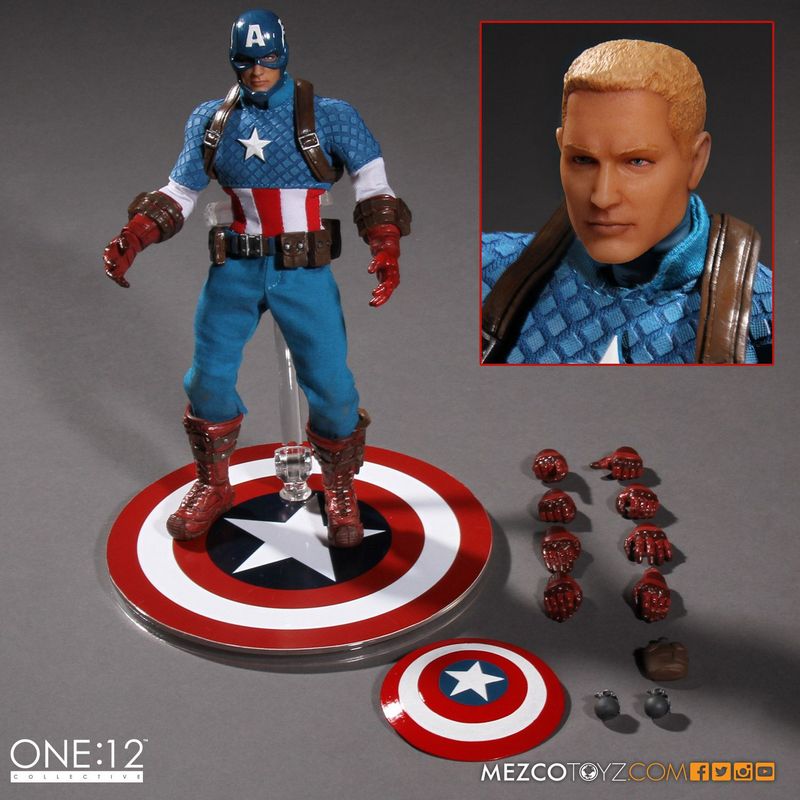 Cap is slated for an August/September release date. Better start saving those pennies.