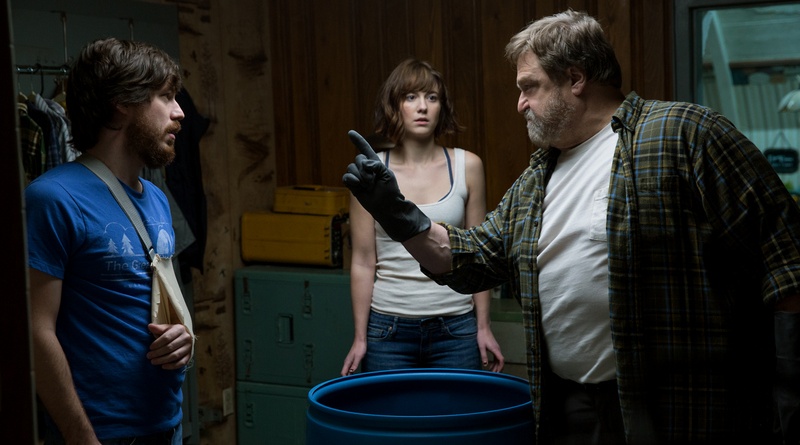 A follow-up in name only to the 2008 semi-cult hit, this is less a mad dash through a city overrun by monsters and more an unpredictable stint in a fallout shelter. Essentially it’s the psychological thriller version of Room.

The title is almost a disservice as people expecting a true sequel to Cloverfield may find themselves disappointed … provided they’re completely unwilling to give the new chapter a chance. Those that do are in for a welcome treat that keeps finding new ways to surprise you with twists you’ll never see coming. 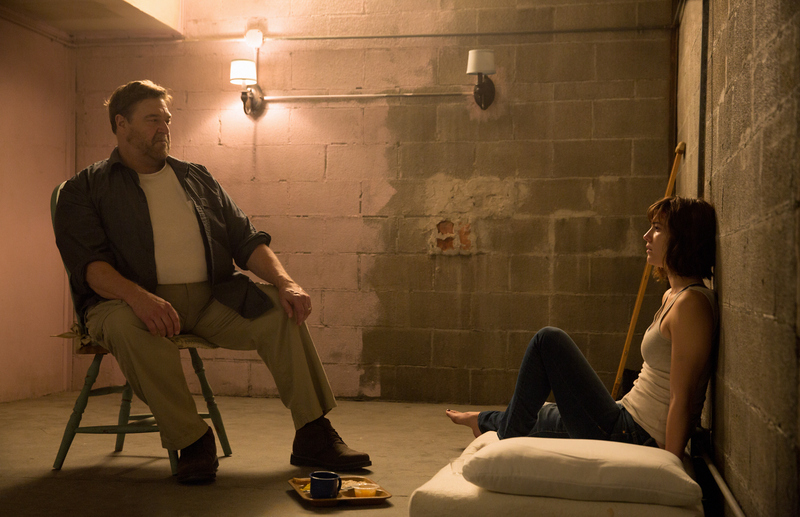 Michelle (Mary Elizabeth Winstead, Live Free or Die Hard) splits from her fiance Ben (Bradley Cooper, in an understated vocal cameo), but fails to make a clean getaway as she gets into a car accident.

She wakes up in a fallout shelter with her badly damaged leg chained to a wall. Her rescuer/captor (?) Howard (John Goodman) informs her there was a catastrophic attack. The culprit could be aliens or the Russians. But Howard was prepared and thanks to a well-stocked food and water supply, his shelter is capable of keeping them safe for years if necessary.

Howard is one of those awkward guys you wouldn’t want to get stuck talking to at a party as he’d go on and on about his fallout shelter and boring you with conspiracy theories of aliens and shady government operations. He invades personal space and has a knack for making everyone around him uneasy. 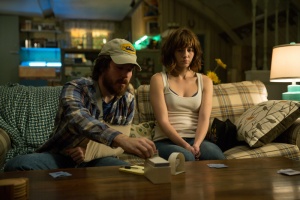 Howard has another guest in the shelter, the good-natured Emmett (John Gallagher Jr.) who balances Howard’s controlling nature. Screenwriters Josh Campbell & Matthew Stuecken and Damien Chazelle avoid the obvious cliches you’d expect from this scenario and find much more compelling predicaments for our trio that are best left unspoiled.

Goodman is one of those actors it’s easy to take their talent for granted as they’re always so consistently strong. Here, he takes his game to a mesmerizing new level in making Howard one of the year’s most memorable characters. One moment, Goodman is channeling his old playbook while playing every man Dan Conner on Roseanne, the next he’s borrowing plays from Kathy Bates in Misery. Winstead and Gallagher are solid, but this is Goodman’s show and he’s killer in one of his best roles.

By November, everyone’s going to have forgotten this performance, but Goodman’s turn here is so enthralling he absolutely should be in the conversation for supporting acting award nominations. Mark Rylance’s chances for a Best Supporting Oscar seemed bleak when Bridge of Spies debuted in October so it’s a long shot, but Goodman’s performance is too impressive to forget. 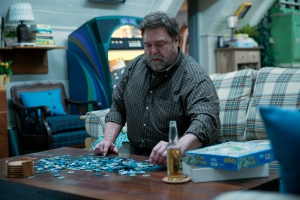 Cloverfield Lane marks the full length feature film debut of Director Dan Trachtenberg. Put him on your list of rising star filmmakers as he shows an impressive command of how to keep the audience in a state of sustained suspense. Trachtenberg is adept in utilizing the shelter space as needed. He makes it a welcoming living room while in other scenes it’s a prison where he plays upon most folks’ discomfort with tight spaces.

Trachtenberg also has a great sense of framing his performers subtlety. With Goodman, Trachtenberg keeps the camera tighter and looking up to make Howard even more imposing. Emmett tends to be framed looking up at the camera while Michelle is typically at eye level as she’s trying to make sense of everything.

As the story unfolds, it’s clear there’s no obvious clues. The script never takes the easy, predictable way out and just when it seems to start making sense another monkey wrench is tossed in to switch the narrative all over again.

For most of its just right 103 min. run time, the film hits the ideal mark of surpassing expectations.  The film’s only misstep is the final act, which felt out of place considering the tone for most of the movie. It’s not so disastrous as to ruin the experience, but it certainly felt like an effort to appease the Cloverfield fanbase that wasn’t necessary. 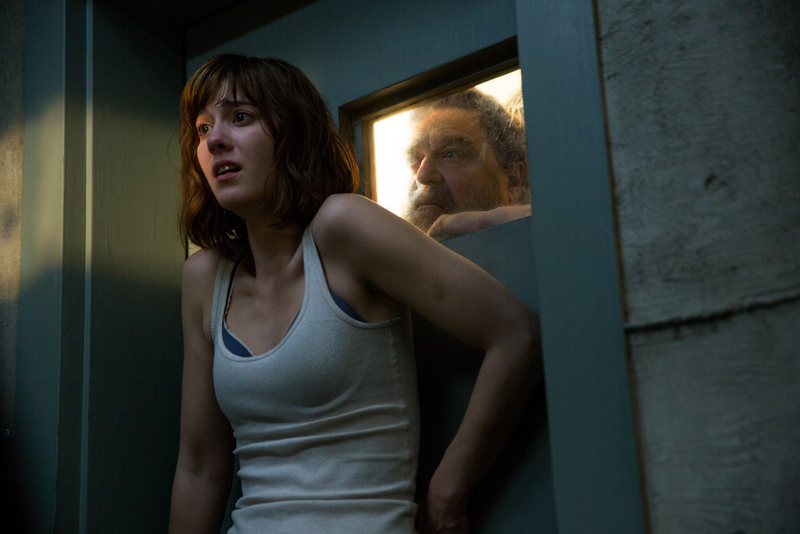 In the grand scheme, it’s a minor gripe of an amazingly complex and suspenseful thriller. This isn’t a spin-off where you need to see the first film (though you really should), but 10 Cloverfield Lane is such an unexpected journey you can’t miss it.