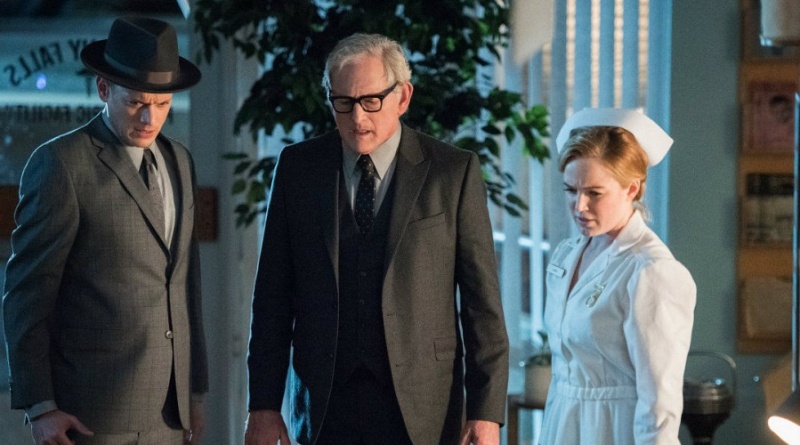 The last couple of weeks have not been kind to Legends as the characters continue to bungle stopping a fairly week villain just for the sake of sustaining the season long story arc.

Save that intriguing cliffhanger, there was little about this week’s episode to have me anxiously awaiting the show’s return from its mini two-week break.

This week reiterated Legends’ biggest issue — a weak overall story arc. The group’s agenda is supposedly to stop Vandal Savage yet whenever they encounter him, they’re the ones who are caught off guard and go into a near panic when facing this powerless villain.

Tracking Savage down to 1958, the team starts investigating a series of murders and random disappearances. Kendra and Ray pose as a married couple where Kendra quickly comes to loathe the suburban neighborhood, most of whom assume she’s Ray’s maid. They get a bigger shock when their neighbors, Dr. and Mrs. Curtis Knox, introduce themselves. Dr. Knox is none other than Vandal Savage with a distracting hairpiece, but he’s also playing a character previously seen in Smallville. Interracial relationships weren’t exactly endorsed back in the 50s so it seemed pretty suspect that no one had any problem with the Knoxs given Savage’s obvious  non-Caucasian ethnicity.

Stein and Sara go undercover at a hospital where Sara conveniently runs into a closeted lesbian who almost immediately wants to suck face. TV writers are still struggling with gay/lesbian, and in Sara’s case bisexual, characters as they convey the options as so extremely limited that naturally the only homosexual characters on an episode would be drawn to another.

Jax’s subplot was even more ridiculous and far-fetched. He spotted the girl whose boyfriend went missing at a diner and immediately struck up a conversation with her. Stein and Hunter at least offered some casual caution about the black guy dealing with racists in this time period. The entire subplot was contingent on the girl not being prejudiced as well. Luckily for Jax, she wasn’t just colorblind, but happy to make out with him apparently completely forgetting her boyfriend.

Rip Hunter and Snart had the least to do playing federal agents talking to the clearly shady sheriff about the disappearances. And meanwhile there’s a killer flying around on wings clearly meant as a Hawkman tease.

It was more frustrating than usual when Ray and Kendra joined the Knox’s dinner party and Kendra chatted up Savage. Regardless of whatever mystery is going on, Rip’s entire plan is to kill stop Savage. It keeps feeling more and more contrived that when the team knows his whereabouts and exactly what he’s doing don’t immediately drop everything and capture him so Kendra can kill him. Instead, Ray sneaks into Savage’s house and steals his dagger, Jax goes on a date, Sara rediscovers her emotional feelings after the nurse kisses her and Kendra agrees to distract Savage and try and kill him solo. 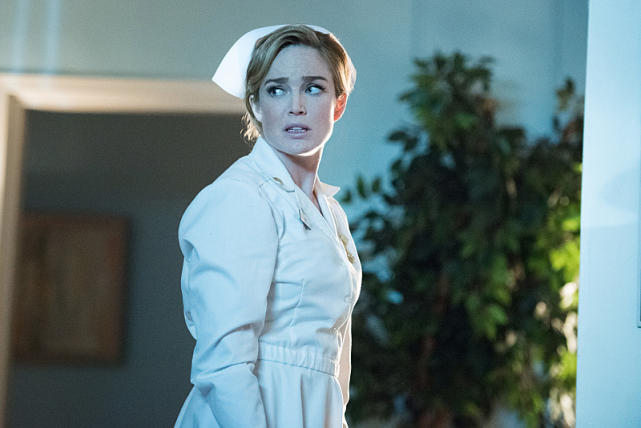 Predictably things quickly go wrong. The flying hawks were regular guys exposed to Nth Meteor and transformed into violent hawk men for some reason. The Nth metal exposure should have just allowed some flight powers at best, but OK. Jax gets captured by the sheriff and gets transformed into a hawk and Hunter, Snart and Stein rescue him and Kendra.

With the dust settled, Jax thanks Snart for not taking the easy way out and killing him while he was a hawk man. The most interesting aspect of the episode was Jax questioning Snart’s loyalty seeing as how he so easily took out his partner. It was odd that no one else, specifically Ray, seemed to care about Rory’s fate.

For some reason, Kendra and Ray were at the house. Clearly not packing though so it was unclear exactly what they were doing. Certainly their discussion about being partners could just as easily have been done on the ship. Sara said her farewell to the nurse who said she should have known better than to fall for a ninja. Was ninjas actually a term folks used back in 1958?

As the trio made their way to the Waverider, Chronos returned from out of nowhere to damage the ship yet again. Stein at least addressed why he and Jax couldn’t become Firestorm — for fear of destroying the ship — as the battle became a stalemate before the ship took off leaving a startled Ray, Kendra and Sara to wonder how they would return home.

Hopefully the break can add a greater sense of danger and not trot Chronos out like a lame villain helping an equally underwhelming foe in Savage each week.

2 thoughts on “Legends of Tomorrow recap S1.E8 Night of the Hawk”