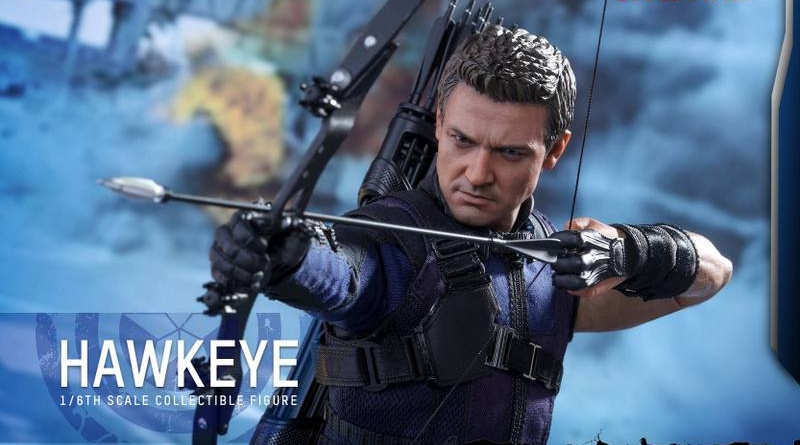 Since his appearance in Thor, I’ve been clamoring for a Hawkeye that wore purple like his signature comic book appearance. Finally with Captain America: Civil War, we get a more comic inspired look. I know the ship has sailed on the mask component, but the purple looks so good it amazes me it took so long to get Hawkeye away from his black/magenta color scheme.

Naturally, Hot Toys wanted in on the fun and revealed Hawkeye’s new look as part of its Civil War figure line. I’ve already gotten the Avengers and Avengers: Age of Ultron versions, but man, is this one tempting! If I suddenly come into an unexpected source of responsibility-free money, I’ll be grabbing a third figure of Barton as crazy as that would have sounded back in 2007.

Following the release of the latest trailer of Marvel’s Captain America: Civil War, fans around the world are getting more and more excited for this epic battle between their favorite heroes in the Marvel Cinematic Universe!

Today, Hot Toys is thrilled to continue our waves of high-end collectible figures based on this highly anticipated film and officially present the new 1/6th scale Hawkeye Collectible Figure!

Don’t miss the chance to add this master marksman of ‪#‎TeamCap‬ in your collection today! 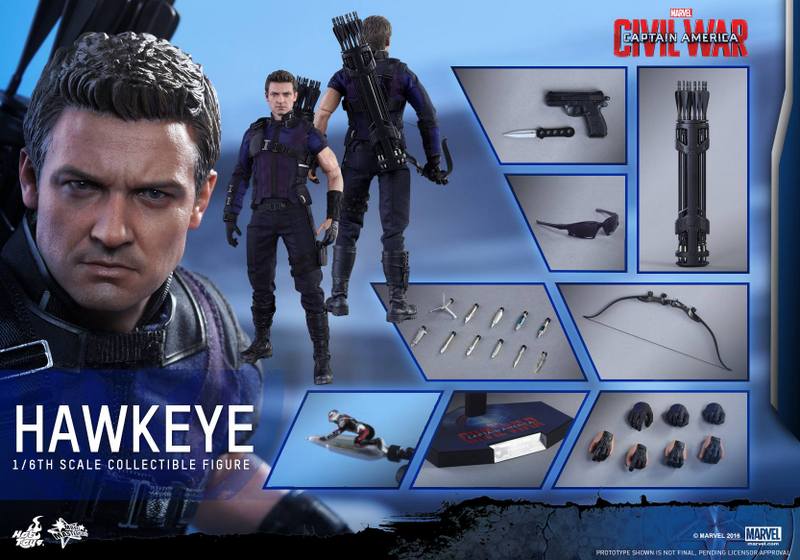