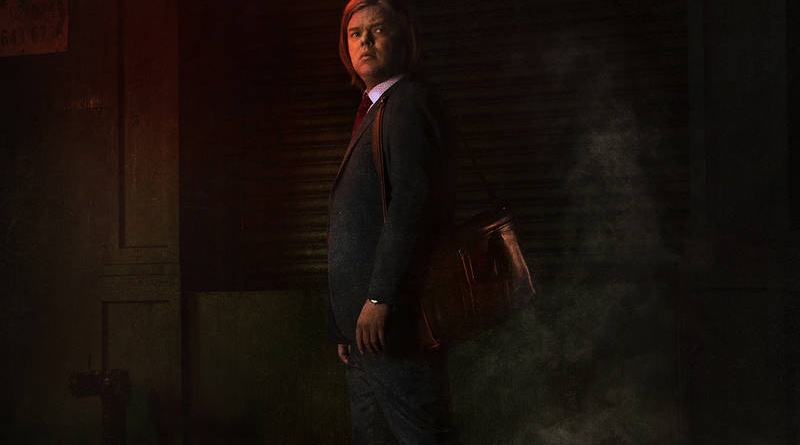 Regrets Only was an entertaining showcase of the tremendous versatility of Daredevil’s second season.

The fun kicked off immediately with Daredevil and Elektra battling a clan of Hand soldiers decked out in matching outfits like The Crazy 88s from Kill Bill Vol. 1/ Kill Bill Vol. 2 – Double Feature [Blu-ray]

. It was a thrilling geek out moment watching Daredevil and Elektra fighting competent opponents side by side. While Elektra’s comic outfit isn’t the most sensible, but I miss that distinctive skullcap.

Elodie Yung keeps making Elektra a fascinatingly unpredictable character. It’s hard to take everything she says at face value, but like Matt, it’s impossible to resist her charms. This episode she needed Matt’s help to secure the Roxxon Corp. ledger, which has all the information she needs on the illicit activities of her company’s business partner.

We’ve seen Matt play street vigilante for awhile now so it was a refreshing change to see Matt try his hand at secret agent. Elektra naturally makes for a perfect Bond Babe with her slinky dress and easy charm. The Matt/Elektra dynamic has been a pleasant shift from the grittier, darker Daredevil/Punisher subplot.

Here, the writers have been able to have a little fun playing up the animosity/lingering sexual tension with Matt and his ex-flame. Charlie Cox’s chemistry with Yung is electric as he fully conveys a guy annoyed with his ex from dropping back into his life and with himself for still no being able to tell her no.

After securing the ledger (in a cool nod to Mission: Impossible 3 [Blu-ray]

), Director Andy Goddard whipped up yet another cool fight sequence. This time Elektra and Matt fought off some of the Hand security behind a frosted glass. It didn’t last all that long, but again proved that the series is the best in staging elaborate and creative action scenes. Their final escape pretending to be a drunk couple getting it on was pretty clever. The Hand boss checking out his collections of fingers made for an ominous moment, which is going to mean some serious trouble for Matt and Elektra very soon.

Daredevil benefits tremendously from having an interesting profession for its hero. Billionaire playboys don’t have to struggle with bills and reporters have the best access to emergencies, but Matt as a struggling lawyer makes for compelling subplots. When he wasn’t caught up in Elektra’s drama, Matt decided Nelson and Murdoch needed to represent Frank Castle to assure he’d get a fair trial.

Having Matt check Reyes when she tried to overextend her reach was a nice moment. You just know the fallout from N+M continuing to defy Reyes is going to get a lot worse before it gets better. It was also great seeing Sgt. Brett Mahoney decked out in a suit courtesy of his promotion to detective. Frank opening up to Karen about his family was a touching scene. Going in, I knew Jon Bernthal could handle The Punisher’s tough guy persona, but he’s surprisingly delivered some deeply affecting emotional moments as well to make his version of the character the best we’ve seen on screen.

Just as Reyes thinks she’s got her signature case wrapped with Frank declaring his guilt, he goes off script from the plea bargain and says he’s not guilty. Foggy immediately understands the ramifications as the case of the people vs. Frank Castle gets underway in a week.

There was a little of everything that makes Daredevil great here. From the action, spy vibe and compelling Punisher subplot, the show continues to deliver with every episode.