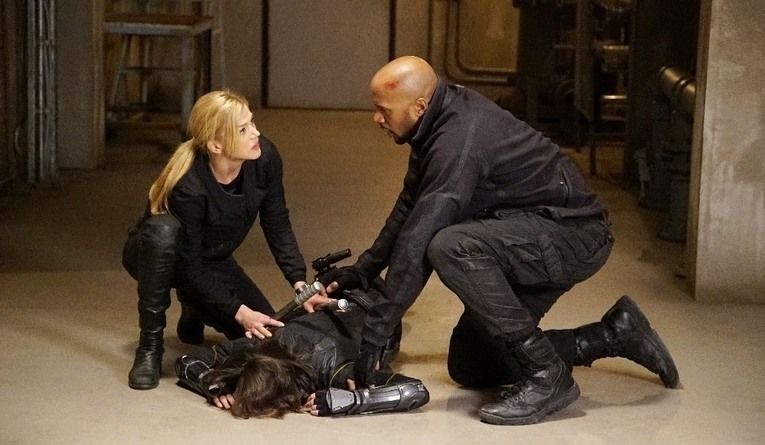 A momentary pause on the Evil Inhuman Hive finally deciding on a plan allowed Agents of SHIELD to have its strongest outing since returning from its winter break with Parting Shot.

Trying to find a balance between the more exciting super powered Inhumans storyline and the show’s original spy vs. spy concept has proven tricky, but this episode got it just right. The writers probably won’t always hit the right mix, but when it works, AOS is one of the more unique and entertaining shows on TV. 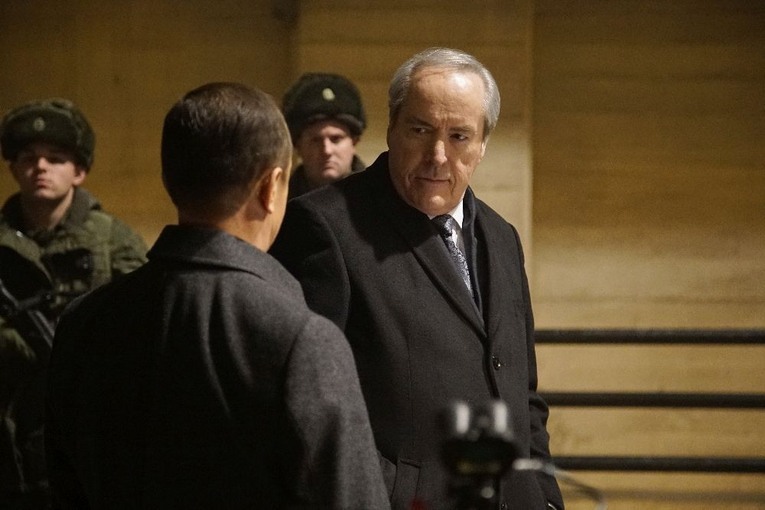 Hunter and Bobbi hitched a ride on Gideon Malick’s flight with a Russian ambassador intent on setting up an Inhumans sanctuary. Director Michael Zinberg showed a strong understanding of the show’s occasionally overlooked spy thriller dynamic by kicking off the episode with Bobbi and Hunter under interrogation and flashing back to how they landed in this predicament.  Bobbi even got to show off her Russian accent and astonishment that none of her fellow spies were fluent in a funny scene.

Most of this week’s episode felt like a dress rehearsal for Hunter and Bobbi’s Marvel’s Most Wanted spin-off. It was one of those cases where in hindsight it would have played so much stronger if we didn’t know which cast members were being written off the main show. There was a moment in the episode where it didn’t necessarily seem like Bobbi or Hunter would survive and through no fault of the episode set up, a good bit of that suspense wasn’t as impactful. 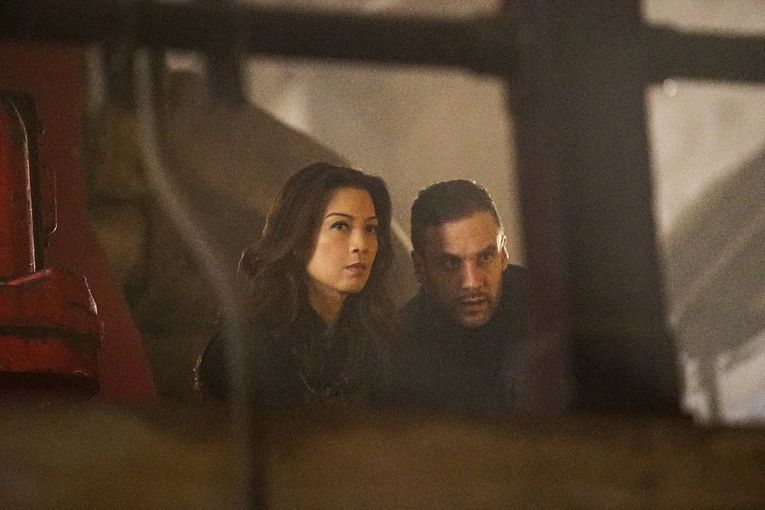 It certainly felt like a farewell to the couple as Hunter earlier mentioned how they never get a vacation and ultimately apologizing to May for his mission jeopardizing actions with Andrew.  Nick Blood typically has just been asked to play the sarcastic comic relief, but that scene with May was especially strong.

Beyond the spy dynamic, there was a healthy dose of super powered excitement as well as the team battled a Russian operative who could make his shadow a deadly instrument of destruction. Zinberg went a little slow-motion happy too often during that fight scene, but otherwise it was a creative sequence. How do you stop an untouchable wraith? Kill its host, which Bobbi did to land herself and Hunter in prison.

For the second consecutive week a team member’s absence wasn’t even mentioned. Last week, Mack was nowhere in sight and this week Lincoln was MIA. Not that I have any great longing for more Lincoln screen time, but the team isn’t so massive that one can be missing without any mention. It’s definitely not like they’re on vacation or having a sick day.

President Ellis’ appearance at the prison seemed odd — was he just in the neighborhood? — but it allowed Coulson a moment to confer with Bobbi and Hunter, who offered to be disavowed in order to protect S.H.I.E.L.D. It’ll be interesting how they get written back onto the show if ABC doesn’t decide to pick up MMW. 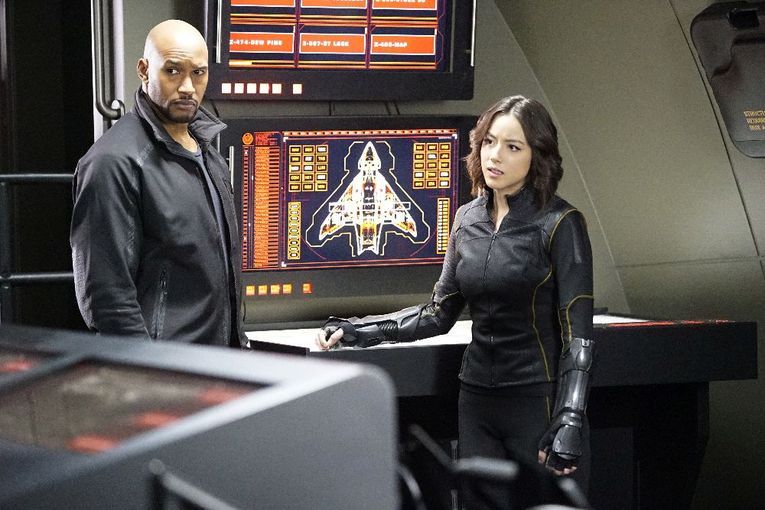 I’ve never been a huge fan of the Bobbi/Hunter couple dynamic, but separately they were great additions to the original S.H.I.E.L.D. squad dynamic and the show is going to miss them more than I suspect the show runners anticipate.

The final scene was strong even though it was somewhat silly to think the government tail could have possibly missed all of SHIELD showing up at a bar and toasting their departing members. It was especially touching seeing Mack, Bobbi and Hunter so devastated about their unspoken goodbye.  And in the post-credit scene, Malick continued spinning his wheels as he talked with his daughter about Alien Ward’s undeveloped agenda. It was so meaningless it may as well have been skipped.

I gave Arrow and The Flash a lot of grief earlier this season for their drawn-out work in establishing characters and dramatically shifting story lines for the sake of the spin-off Legends of Tomorrow. Parting Shot accomplished that far smoother resulting in a terrific episode.

One thought on “Agents of SHIELD: Parting Shot review S3.E13”