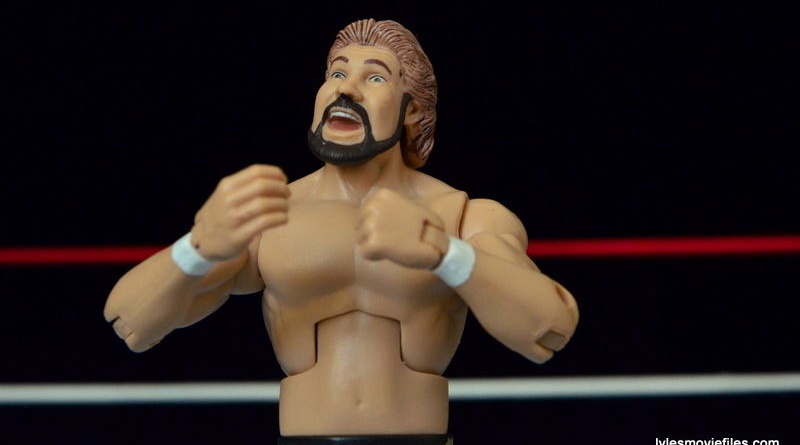 Fortunately Mattel finally found their price and a retailer for the Million Dollar Man in its Target exclusive Hall of Fame line. Let’s find out if it’s worth the payday or simply a sellout. 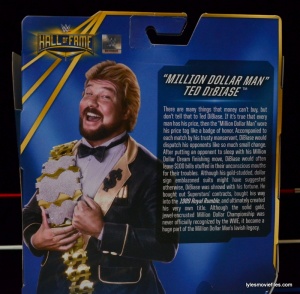 Packaging: IHOF Series 3 is the first to reflect the 2016 packaging scheme. It’s not as colorful as the regular Elite packaging as it’s a lot less busy, which makes sense for a classier Hall of Fame line. With no need to reflect various brands since all these guys fall under the Flashback/Legends banner it’s all pretty simple.

But far and away the biggest improvement the HOF line sports over the other series is an actual bio on the back. That’s especially important for the Legends/Flashback figures as it offers a historical perspective on their careers. The other baseball type stats are cool, but I will always prefer this style write up.

Likeness: We got a pretty perfect neutral expression for DiBiase with the EG figure so I appreciate Mattel giving collectors another option for the new figure even if it’s not as sharp a likeness. I don’t think the head sculpt quite nails the pompous, arrogant expression of DiBiase laughing. It’s due to the eyes, which makes him look more surprised than gloating. 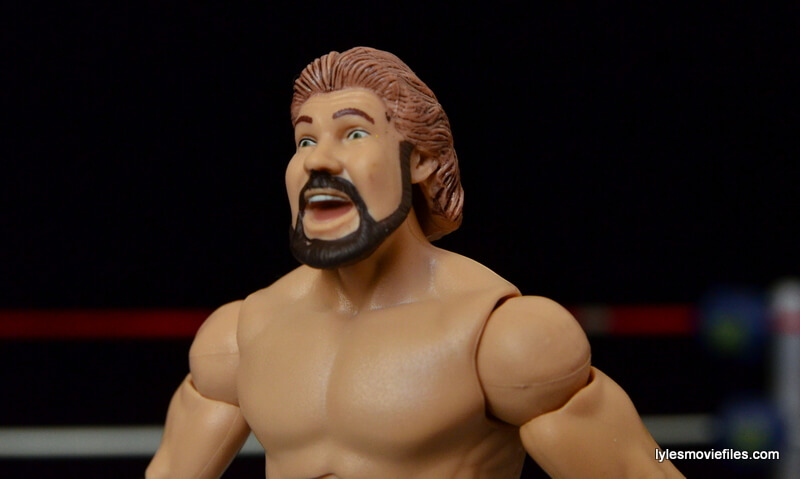 The body used looks to be just right for DiBiase, who wasn’t a ripped heavyweight, but was certainly in good shape. 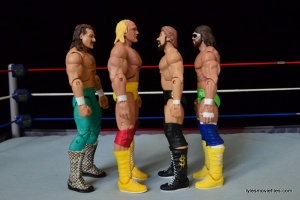 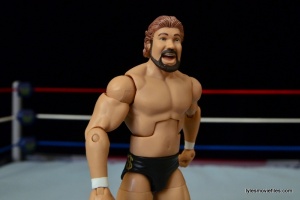 Scale: At 6’3″ DiBiase wasn’t the tallest superstar and he scales just about right with the 6’1″ Macho Man Randy Savage and 6’5″ Jake the Snake Roberts. He might be a hair short, but it’s close enough unless you felt the need to break out a ruler.

Paint: I get on Mattel a lot for not including any kind of paint washes on figure’s hair so I was pleasantly surprised to see DiBiase’s blonde hair also reveals his brown roots. It adds an extra level of accuracy to the likeness and hope that’s something we see more of in the future. I saw two M$M and both had some random stray marks on the beard.

It’s noticeable from a distance, but shouldn’t be a problem to cover up quickly. I expect a certain amount of slop on the black boots/white laces combination considering this is a mass market figure not a Hot Toys figure, which can get a much higher level of detailed paint work. 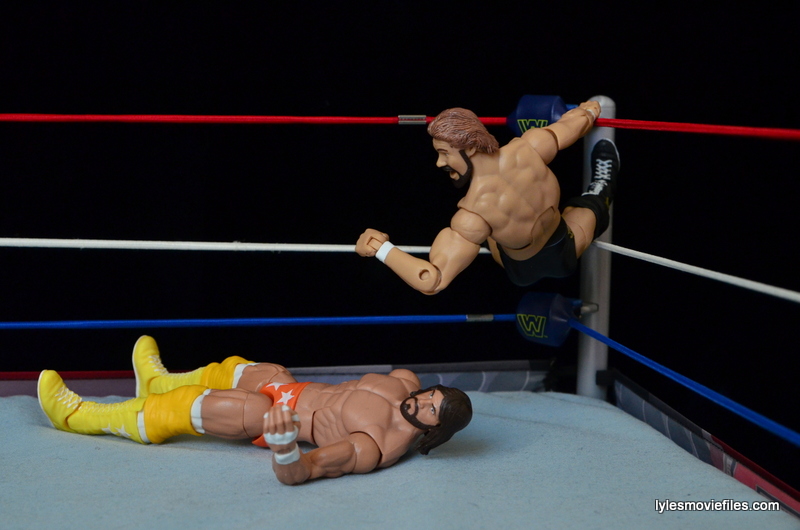 Articulation: The Elite articulation scheme is almost always perfect for recreating big wrestling moments. The big exception is the arm/shoulder lock moves like DiBiase’s finisher — The Million Dollar Dream — which you won’t be able to apply perfectly, but it’s close enough. Beyond that, there won’t be a lot of moves you can’t get with DiBiase, which is terrific for an elite level star of his caliber.

Accessories: While Mattel didn’t provide the most essential accessory — the cloth ring attire again — Mattel did pretty much provide everything else. We get the signature Million Dollar Belt, that was carried over from the EG figure, and a case presumably so M$M can payoff any jobber who wants a night off.

In a fun gag accessory, a basketball is included as a nod to the segment where DiBiase paid a kid to dribble 10 times, but kicked it to prevent having to make good on his bet.

These are solid accessories, but I’m willing to bet most collectors would have gladly traded them all out for a cloth suit particularly if it was a new version like DiBiase’s white and pink or green suit.

Worth it? Alongside Rowdy Roddy Piper, Andre the Giant and Bobby Heenan, DiBiase warranted a spot on the Mount Rushmore of 80s WWF heels so an Elite figure was absolutely essential. This isn’t the flashiest figure with some surprising bells and whistles, but one every 80s era collector has to have in their display. 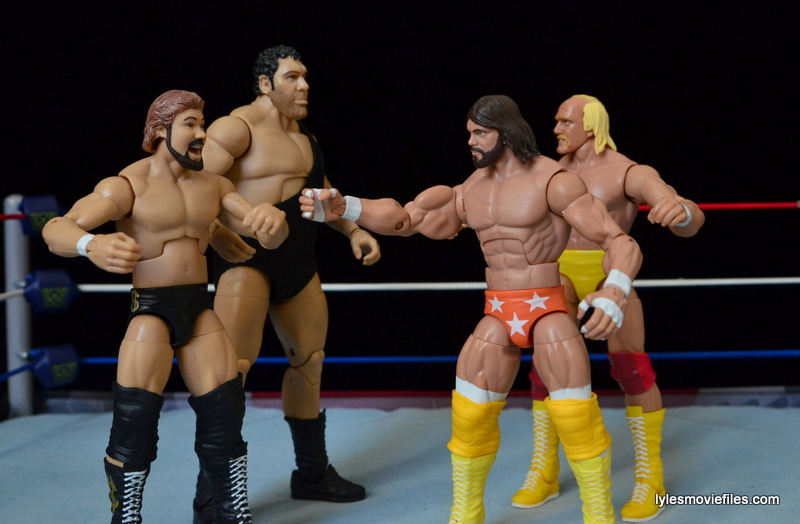 Had that expression nailed the reference pic a little better this would be a perfect wrestling version Ted DiBiase. It’s so close though that this was a figure I liked more than I was expecting.

Where to get it? Like every other figure in this set, M$M is a Target exclusive so that’s your first and best bet.