I’d largely given up on DC after Convergence. The major event that wasn’t managed to suck away nearly all of my enthusiasm for the modern DC Comics product. It wasn’t just that the DC effort largely failed to retain my interest in the wake of the New 52, but that other companies including Marvel, Image and Dark Horse stepped up to deliver some consistently strong monthly must-read material.

With its latest company-wide shakeup, Rebirth, DC looks to regain the trust of a disillusioned fanbase while still being accessible to new readers whose interest in the DC Universe was sparked from TV shows and films like Batman v Superman: Dawn of Justice. DC Entertainment Co-Publishers Dan DiDio and Jim Lee and DCE Chief Creative Officer Geoff Johns provided a more detailed account of what the revised DC line will entail with the help of the new creative teams at WonderCon on Saturday.

And while I’ve been extremely skeptical of a lot of DC’s moves over the last few years, Rebirth sounds very intriguing. Here’s five knee-jerk reactions. 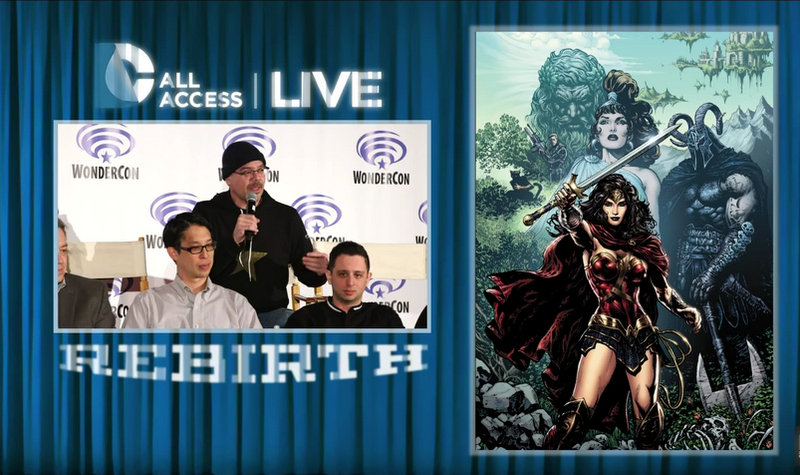 DC was aggressive in ensuring Rebirth gets off to a good start. Greg Rucka is returning to the company to write Wonder Woman with artists Nicola Scott and Liam Sharp, whose take on Wonder Woman was a panel highlight. Scott Snyder has been exclusively locked up with DC and will be working on All-Star Batman with a rotation of artists including John Romita Jr.

Dan Jurgens crafts Action Comics, longtime animation creator John Semper will write Cyborg and Christopher Priest coming on board as the new writer for Deathstroke. Other members of DC’s stable of creators like Tom King, Tony Daniel, Peter Tomasi, Doug Mahnke, Francis Manapul, Ethan Van Sciver and Tim Seeley will be rotating to new titles — a move that should help shake up the characters and offer some fresh perspectives from some of DC’s best.

Change can be good

From Nightwing seeking a new mentor, Batgirl going to Asia on a backpacking trip and Lex Luthor dubbing himself the Superman of Metropolis, the Rebirth universe promises to shake up the old status quo in a more organic sense that shuffles the deck significantly without once again starting everything over from scratch.

Some new titles that seemed especially intriguing were Snyder’s All-Star Batman featuring Batman on a road trip with Two-Face with the Snyder stating he wants Two-Face to be every bit as scary as The Joker. Super Sons featuring Damien Wayne and Jonathan Kent looks promising as was Geoff Johns’ statement that Titans and Teen Titans are important and DC has to get that franchise right. That’s encouraging for fans of the team. And Ted Kord will be back in Blue Beetle! 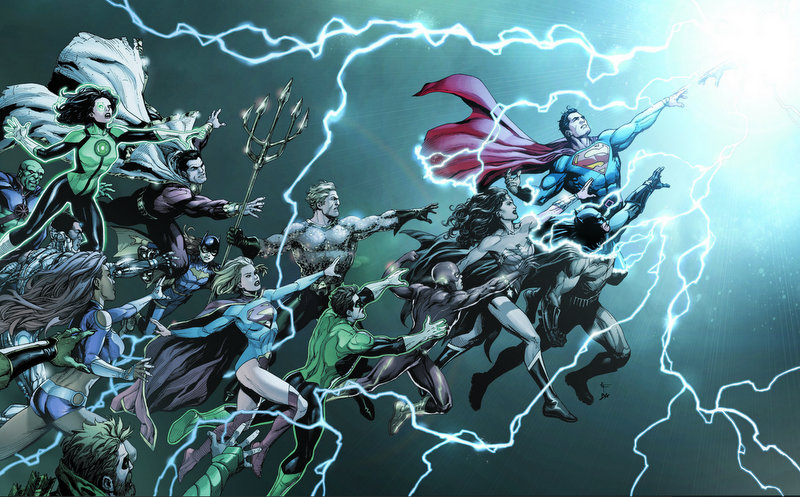 The New 52 started in a hole from the onset with a lot of fans for significant changes to their beloved characters’ costumes. While attire changes is hardly new in comics, some of the switches felt like change for the sake of change. Rebirth looks to address those concerns with more of a traditional take on the costumes with a slightly modern tweak. Superman has ditched the high collar and armor for an outfit more in line with his classic costume albeit without the red boots or trunks. Kid Flash is back in yellow and red and Nightwing returned to his blue and black attire. And just as important — Green Arrow has his goatee back.

Overall the costumes seem less geared toward making for an easy translation to film and TV, but for a more dynamic and superheroic visual.

Instead of being overly ambitious with a larger slate of new releases in this streamlined universe, DC is largely sticking to established characters and titles. That means we’re getting multiple titles featuring the breadwinners of the DC brand. Batman and Superman or their family members make up a whopping 16 titles under Rebirth. That doesn’t lend itself to a lot of unproven titles, but more could be on the horizon …

The (best?) rest is yet to come

An untitled Justice League of America is coming with no details on creative team. Start speculating if this could possibly mark Grant Morrison’s return to the team. Johns hinted the Legion of Superheroes, Justice Society, Shazam and New Gods will gradually get reintroduced to this revamped universe.

Check out the entire panel here: