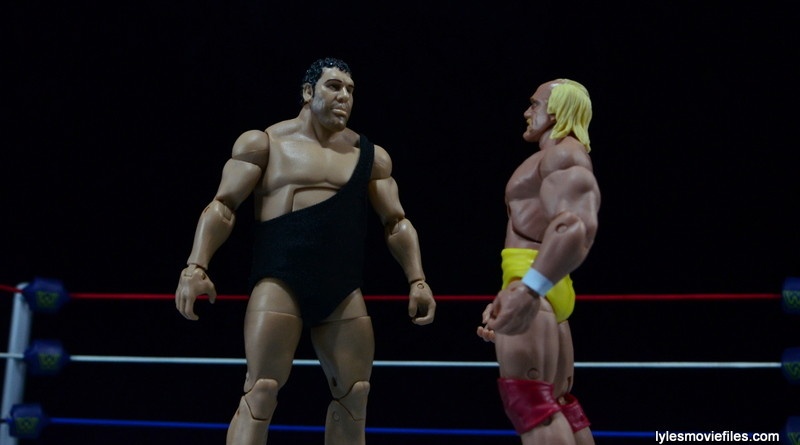 Wrestlemania. To wrestling fans it’s the most important date on the calendar. Mattel has been hard at work providing the definitive wrestling line for collectors. Last year’s offerings filled many gaps in this year’s major wrestling figure undertaking — a figure photo reference of the iconic moments of the main events of every Wrestlemania.

There’s still a handful of gaps in the project due to a few guys not signed by Mattel just yet. In other cases a particular attire and era hasn’t been made while in some cases, my anti-Basic bias prevented me from throwing down to get figures like the WWE Entrance Greats Shawn Michaels Figure

to have a more accurate Wrestlemania 12 moment. But for the most part, Mattel has done a really excellent job on this front. Now let’s see about it bringing it all to figure life. Hope you enjoy!
For the First Time Ever Watch Wrestlemania for FREE – Subscribe to WWE Network to get your First Month Free & Instant Access to All Special Events! 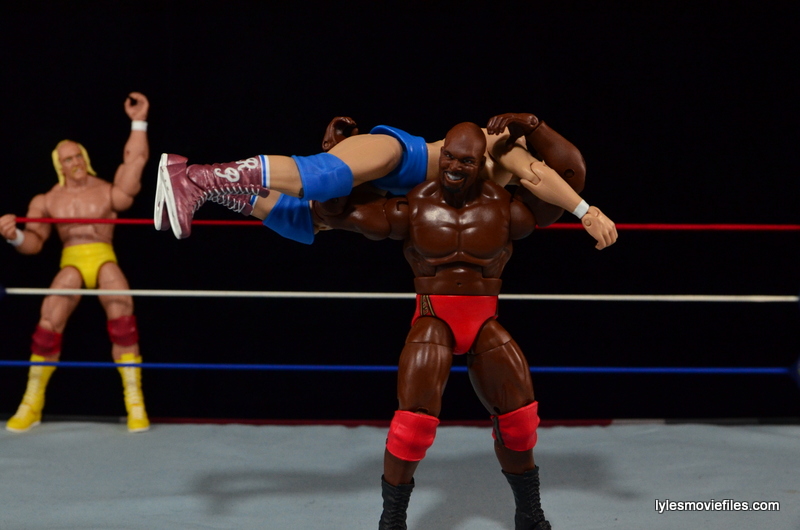 The granddaddy of them all kicked off with Hulk Hogan seeking to settle the score with his hated rivals, ‘Rowdy’ Roddy Piper and Mr. Wonderful Paul Orndorff, with the help of his pal Mr. T.  Jimmy ‘Superfly’ Snuka, who served as second to counter Piper’s bodyguard ‘Cowboy’ Bob ‘Ace’ Orton.

It’s so interesting looking back now that the definitive shot of the first Wrestlemania has Hogan on the ring apron and Mr. T front and center putting Piper in an airplane spin. Jakks made a Mr. T as part of its Rocky figure line [Jakks Pacific Rocky III Series 3 Action Figure Clubber Lang [Street Gear] (Played by Mr. T)

] but I had to rely on Ezekiel Jackson to stand in. Fortunately, that’s the last one for awhile. 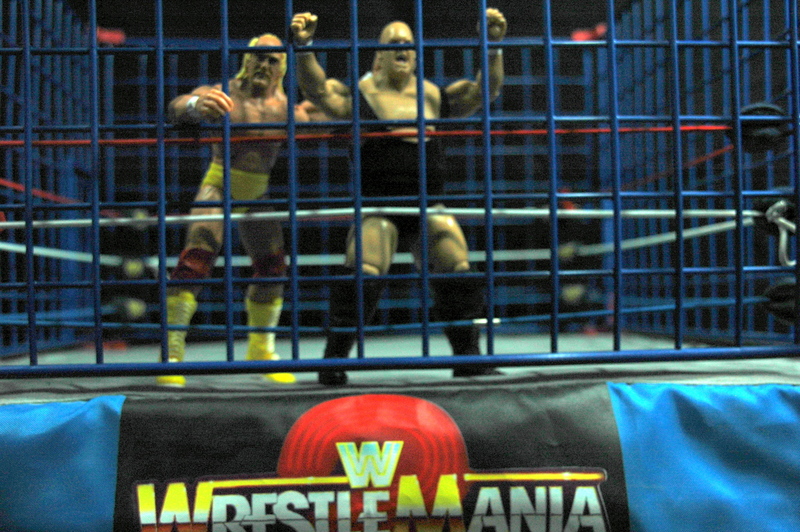 Hulk Hogan continued his seemingly never-ending war against the Heenan Family by battling Heenan’s biggest brawler yet in King Kong Bundy. Bundy previously squashed The Hulkster with an Avalanche badly damaging Hogan’s ribs. With a damaged body part, could the champ have any chance of retaining his title in the confines of a steel cage?

March 29, 1987, at the Pontiac Silverdome in Pontiac, Michigan 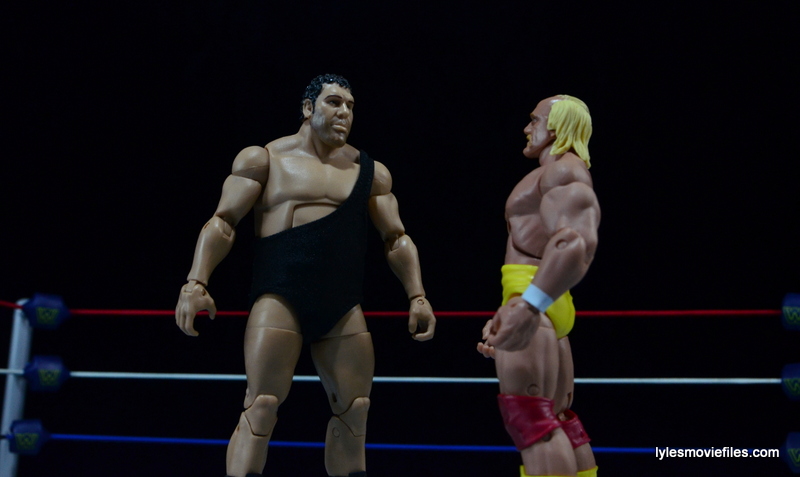 Arguably the most iconic face off in the history of Wrestlemania saw Hogan defend his title against his jealous and bitter former friend Andre the Giant. With 97,000 fans screaming at the Silverdome for their beloved champion to somehow manage to turn back the challenge of the undefeated Giant, Hogan managed the seemingly impossible in body slamming Andre en route to another successful title defense.