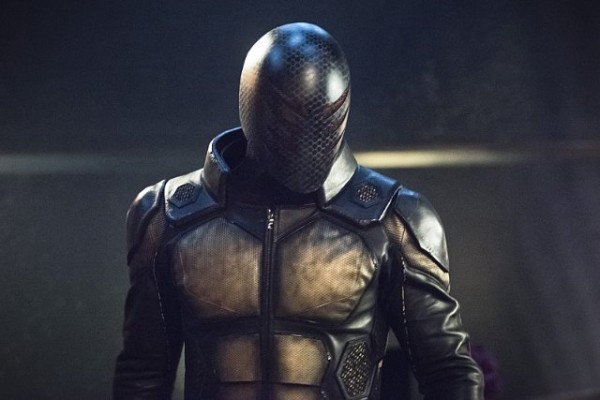 Emboldened by the success of The Flash’s lighter tone, Arrow showrunners promised a less dark and overly serious Season 4. Tonight’s episode was yet another prime example of why the show needs to get back to what made it work so well the first three seasons and leave the goofier plots and silly characters to its sister shows. 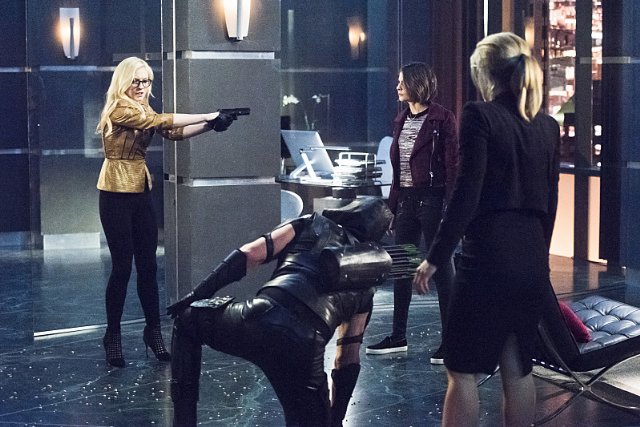 Bug-Eyed Bandit (Emily Kinney) ditched Central City’s Iron Heights — you’d think the parole board website would be blocked for prisoners — in pursuit of Felicity’s miracle chip. BEB has a tumor that would leave her paralyzed once it’s removed so in sensible villain logic, she opt to just take Felicity’s.

Considering her skills in creating robot bee drones that can form a humanoid form it would seem like whipping up a miracle chip wouldn’t be all that difficult.

Bug-Eyed Bandit and her robotic killer bee drones made for a fun if somewhat wacky adversary for The Flash. She is not however a worthwhile adversary for Arrow, which managed to make her less of a threat and more a campy pun-spewing loon. The bee POV cam was really hokey and this was an episode that needed to keep the corniness to a minimum.

Curtis randomly waltzing into the Arrow Cave was annoying. The open door policy for both STAR Labs and the Arrow Cave has reached running joke phase at this point since apparently anyone can stroll into these secret lairs. Curtis’ arrival felt especially weak as it just seemed a lazy way to have the requisite genius geek mastering any tech in a matter of minutes. Of the many missteps this season, the show’s handling of Mr. Terrific is probably one of my biggest problems. Curtis just being the gay male equivalent of Felicity doesn’t make him unique either. I keep thinking Supergirl and Arrow would have been far better suited this season with one simple casting swap: 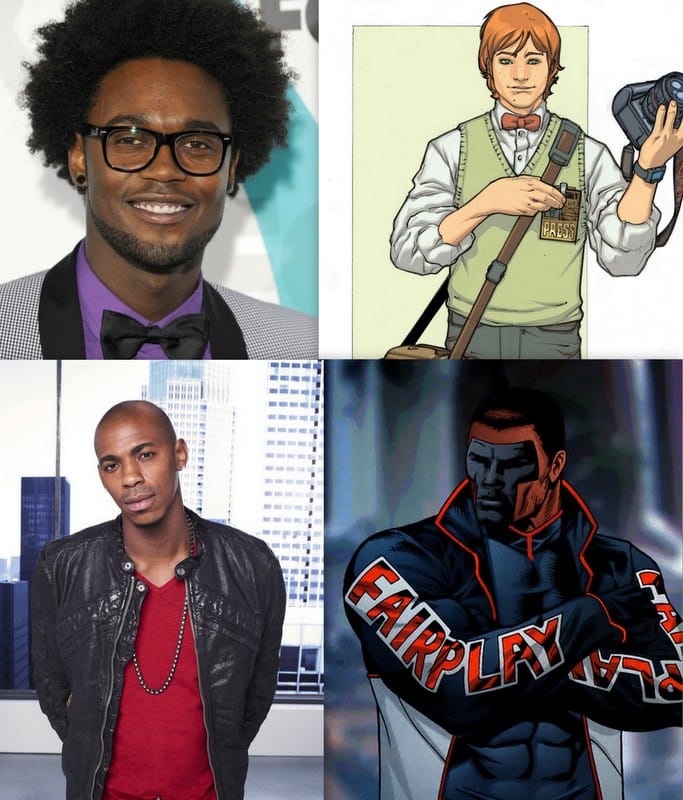 Nervously spouting out pop culture references, Curtis was more insufferable than usual and that was even before he made a mess of the Arrow Cave trying to avoid a bee drone.  Felicity as head of Palmer Tech still isn’t doing anything for me. That’s largely because Felicity is still being written like a flighty sidekick. Having Donna around to get Felicity to open up about her feelings while teetering on her heels to avoid the bees made their threat seem pretty pathetic. In the end, Felicity decided she wasn’t returning to Team Arrow, but would use Palmer Tech to be a beacon of hope. The episode title got repeated a lot in the closing five minutes in case we missed the point. 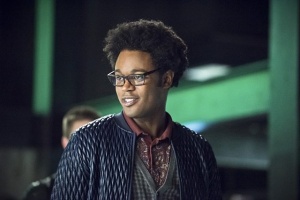 The island flashbacks need a solid 20 minutes each episode if they’re ever going to mean anything. We learn this week that Baron Reiter has tapped into the some of the powers he’s been trying to locate and has some degree of invulnerability. That’s about it though as this dull island storyline must continue out of necessity not because it’s been an amazing subplot.

Of more interesting note was Damien Darhk’s prison adventures. He encountered Murmur (Adrian Glynn McMorran) and got him to play his protector after threatening his grandmother. Darhk got some bad news from Merlyn though as HIVE is in no great rush to spring him from prison. Following up on another lead, Merlyn got in touch with Darhk’s ace in the hole — Andy Diggle. So Andy’s back to being the scowling Diggle brother. I’m actually kind of relieved Andy has been playing Diggle and Team Arrow as his ‘face turn’ made absolutely no sense. Still, I’m wondering what the end game can be with this storyline. 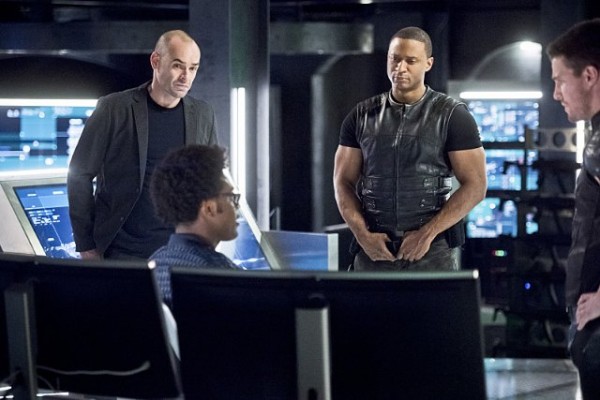 At this point I’m actually rooting for things to stay consistent the rest of the season as I’d hate for some major development make me feel obligated to revisit what’s been a disappointing season. This was the weakest outing yet and I’ve pretty much stopped holding out hope for things turning around. Time to just play the string out and figure out how to improve next year.