Batman v Superman: Dawn of Justice was expected to take a significant drop in its second week. That’s actually pretty common with a lot of highly anticipated blockbusters with the exception of phenomenons like Star Wars: Force Awakens, Jurassic World and The Avengers. And while some box office experts were predicted a historical second week drop, BvS easily managed a consecutive weekend atop the box office with $52.4 million. It’s tally now stands at $261.4 million

At this rate, BvS is just slightly behind Iron Man 3, which earned $8 million more in a comparable time frame.

Warner Bros. would be happy if it holds up that well as the final (so far) installment of the Iron Man series brought in a total of $409.3 domestically. Considering the very different reactions the films have received from critics and fans, I’d be surprised at this rate if BvS catches up to Deadpool’s $352 million. Warner Bros. can also take comfort in the fact the film has already met its major goals of firmly establishing a shared DC Cinematic Universe. 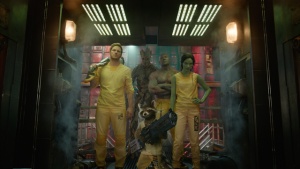 And it’s already beat out the theatrical runs of Ant-Man, Captain America and Thor with its $588 global haul. Still, you’d think the three biggest icons in all of comic book-dom would at least be able to take down Rocket Raccoon and Groot while they’re at it and the nearly $100 million gap between Guardians of the Galaxy might be too much for Batman, Superman and Wonder Woman to overcome.

In second place, Zootopia continues its run of the rest of the animal kingdom. It’s looking at a $20 million fifth weekend to take its domestic total to $275.9 million. That’s good enough for second place on the all-time Walt Disney Animation Studios list and like most of that genre it’s looking up at Frozen with $400 million.

My Big Fat Greek Wedding 2 took the third spot with $11 million raising its total to $28 million.  God’s Not Dead 2 came in fourth with $8.4 million. As the norm, most critics hated it as it stands at 14% on Rotten Tomatoes. That’s not shocking considering critics typically have little tolerance for Christian movies and go in expecting to hate them for their uplifting message.
lylesmoviefiles