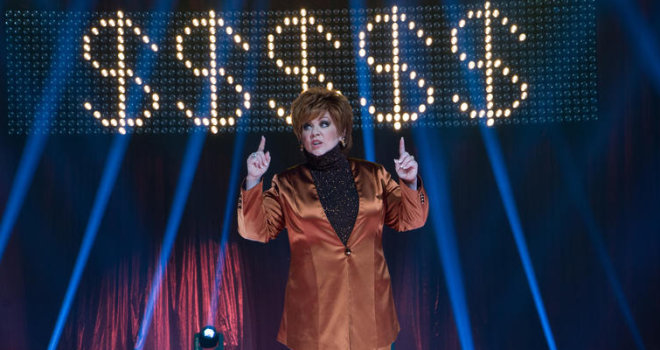 In a box office battle that may not be settled until final numbers come in tomorrow, The Boss holds the lead over Batman v Superman: Dawn of Justice.

For all those complains online about Melissa McCarthy’s latest comedy, The Boss, looking like yet another in a long line of her over the top character pieces, audiences clearly didn’t care. This marks her sixth straight film where she’s had a prominent starring role to earn at least $20 million.

The Boss’ debut is just a little better than McCarthy’s worse opening weekend – $21.5 million for Tammy. Considering the awful critic reviews and C CinemaScore, this will have a short reign atop the box office.

McCarthy’s best performance remains The Heat, with Sandra Bullock, which opened at $39.1 million in 2013.

While there’s going to be a lot of critics further burying the box office performance of BvS, but with a $296 million gross in three weeks, the film is now No. 13 on the all-time comic book movie list displacing Man of Steel.

Given BvS’s tumble it’s far less likely it will be able to catch 2016’s other early release comic book film — Deadpool. The highest grossing R-rated movie of all time sits at the No. 8 spot with $357 million.

In the third spot, Zootopia continues its steady run of the box office adding $14.3 million to its tally to take its total gross to $296 million.

The creative first person action film, Hardcore Henry shot its way to the fifth slot with $5 million in its opening week.