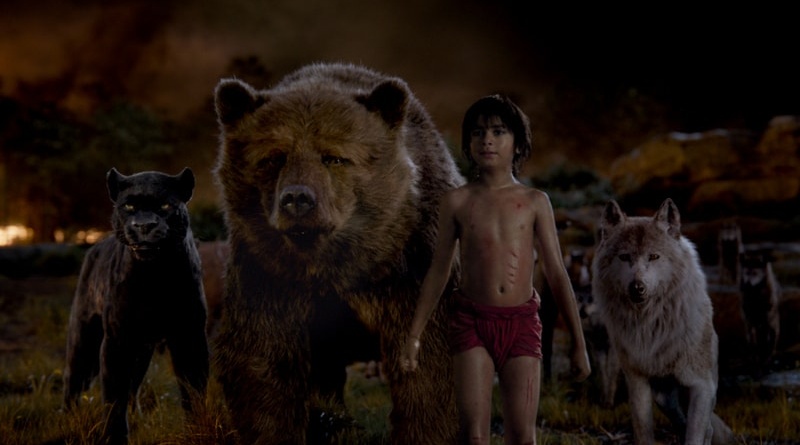 Jungle Book is a fantastic adaptation of animated classic

A dazzling menagerie of visual splendor, charming characters and a ton of heart, The Jungle Book is a masterful translation of the beloved book and animated movie that’s sure to please audiences of all ages.

Rather than a halfhearted effort to milk the nostalgia well with another live action adaptation of a classic, Director Jon Favreau provides a lovingly and oftentimes brilliant modern twist of Rudyard Kipling’s book and the 1967 animated Disney film. 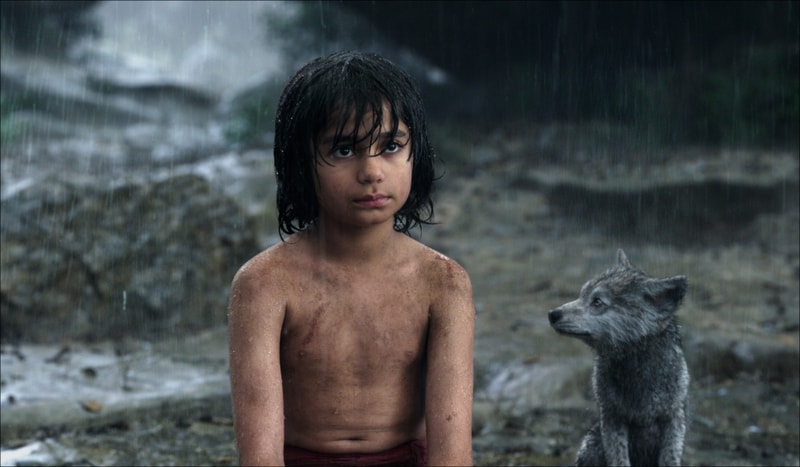 Raised as a young boy by a wolf pack Mowgli (Neel Sethi) is now forced to leave the only family he’s known to avoid being killed by the sinister tiger Shere Khan (voiced by Idris Elba). With the help of his longtime mentor Bagheera (Ben Kingsley), the stoic panther and the fun-loving, honey-craving bear Baloo (Bill Murray), Mowgli discovers what it takes to be more man than cub.

Every moment of the journey presents new obstacles, encounters and dangers — including a number of well-timed jump in your seat moments — for Mowgli provided he survives the experience.

Favreau, no stranger to world building from his stint helming the Iron Man series, creates a fully realized animal kingdom populated with a full array of beasts of every shape and size. The breakthrough CGI effects are remarkably naturalistic with the animals moving fluidly with a gracefulness and majesty befitting the jungle’s inhabitants. There’s none of the common telltale animation that serves as a reminder they’re products of a computer program. 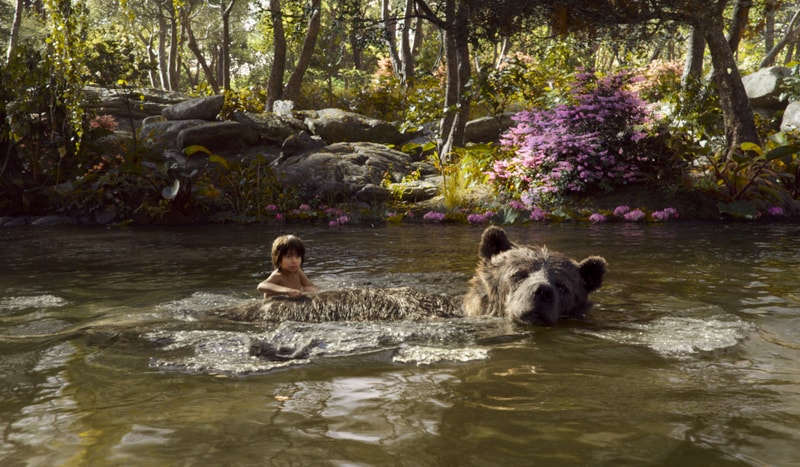 The lush jungle setting is stunning and wondrous to behold. While I typically consider the format a welcome, but hardly essential luxury, this is the one film this year that absolutely must be seen in IMAX.  The immersive jungle is inviting and mesmerizing in a regular setting, but it’s best viewed on the biggest screen possible.

With Rudyard Kipling‘s book as a guide, Screenwriter Justin Marks (showing vast improvement from his Street Fighter: The Legend of Chun-Li days) wisely didn’t feel the need to reinvent a classic. Taking choice bits from Kipling and the Disney film, Marks gets the best of both worlds while fleshing out the story to create a fresh experience for audiences already familiar with the tale. The end result is a timeless coming of age adventure ripe for repeated viewings. 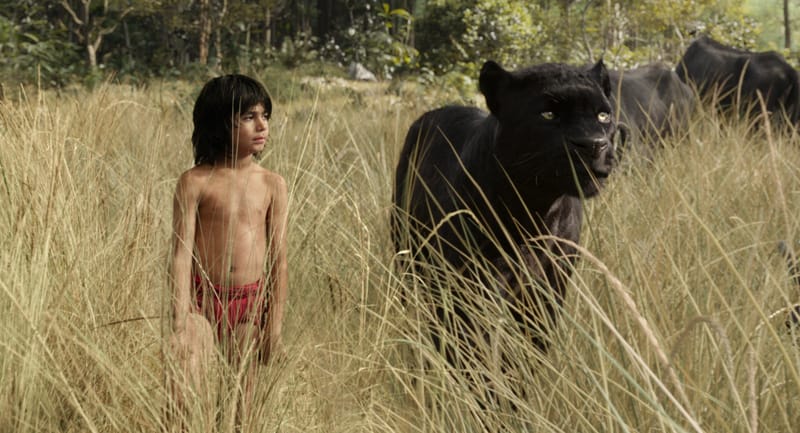 The heart of the film is Sethi, who is cute without being overbearing and earnest without being irritating. With a can-do attitude and infectious smile, Sethi lights up the screen without being upstaged by his cuddly pals and A-list celebrity voice cast.

As expected, the voice cast, which also includes Lupita Nyong’o as Mowgli’s wolf ‘mother,’ Christopher Walken as King Louie and Scarlett Johansson as the slithery snake Kaa is stellar. Some of the choices could have been written off as stunt casting, but the actors commit to their characters in a way that should, but isn’t always the norm for these types of projects.

Favreau didn’t make a typical 1960s Disney animated film with plenty of musical numbers every two minutes, but he smartly obliged the fan base by having two signature songs incorporated into the film.

Favreau stages some spectacular shots from a mudslide, a stunning confrontation with the monkey tribe to the climactic fiery conclusion. Most impressively it’s a rare modern film that’s difficult to envision how the filmmakers made the magic happen. There’s really no need. It’s best to just sit back and enjoy it. I can’t imagine the film not picking up some major hardware come award season for its effects alone. 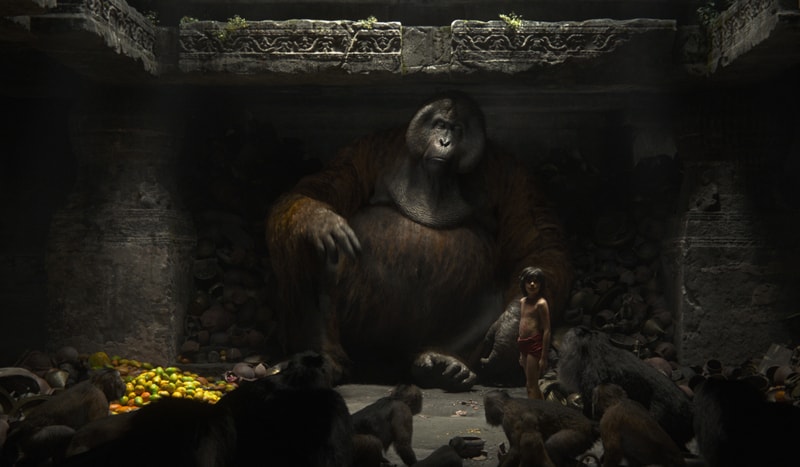 Disney is so confident that its got a hit a second installment has reportedly already been greenlit. This is definitely a case where that rush to create a franchise is fully warranted. For now, The Jungle Book will enjoy a lengthy stint atop the movie kingdom.

This is magical filmmaking and the new definitive work of Favreau’s career.

4 thoughts on “The Jungle Book review – long may it reign”