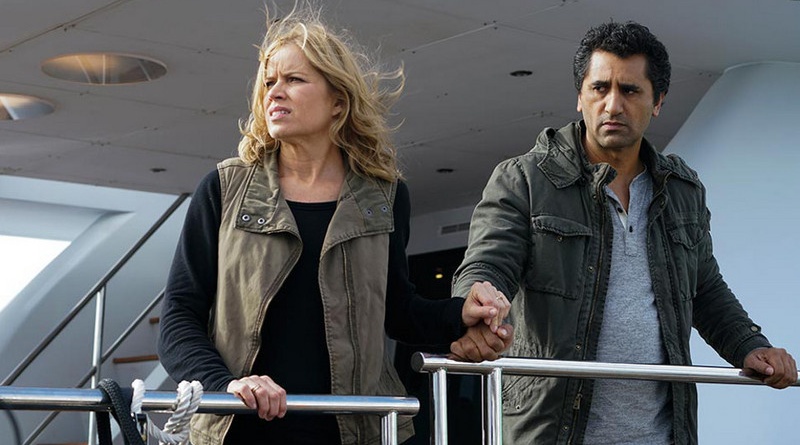 Each episode of Fear the Walking Dead requires a certain level of disbelief. Not from the walkers, the seemingly never ending stash of supplies and the ridiculously short amount of screen time Ofelia gets. No, it’s as always the characters and their superpower of always making the wrong decision at the perfect time.

It’s important to know going in the characters aren’t at the same advanced level of Rick, Daryl and Abraham and are at much more of a remedial level. But episodes like We All Fall Down still prove frustrating as the characters continue to act in the most clueless way possible.

Trying to stay out of dodge from the boat destroying crew, Madison and Travis convince Strand to dock at a cove near a ranger station. I remain amused that the show makes this a democracy as Strand’s brought everything to the table for this crew yet they expect to have an equal voice.

Luckily, the gang — minus Daniel, Ofelia and Strand — explore and meet a family that welcomes them into their home. George makes fast friends with Travis, while his wife, Melissa, and Madison talk about schools and parenting. Alicia and Nick are stuck on babysitting duty, but at least they’re good sports about it. Chris meanwhile is busy sulking and in his generally pissy mood because Travis killed his walker infected mother.

Chris is an awful, awful character. He’s moody, annoying and just generally a scene buzz killer thanks to his lack of depth. His entire character arc can be summed up with him being irritated with Travis for being a sketchy father and being mad at Travis for killing his walker-to-be mother.

Chris at least finds an outlet for his teen cycle by helping the eldest son, Seth, bash in some walkers along the fence barricade. The episode teased George’s two younger children, Harry and Willa, getting killed on the beach. That’s too on the nose for a WD series and having walkers gorging on kids is never a good look. Travis stumbles onto this scene and for some reason was upset Chris is learning some desperately needed survival skills.

Just when it seems Nick’s turned the corner on his whole drug addiction kick, he’s rummaging through the house on a drug finding expedition. He stumbles across some pills, which he tells Madison and Travis were likely poison pills. Madison already suspected Melissa didn’t feel safe, but George was forcing them to stay. Turns out Melissa thinks there’s a bright, better world out there for Henry and Willa — ignoring George’s reports of the whole coastline being a zombie wasteland — and wants these random strangers to take them. 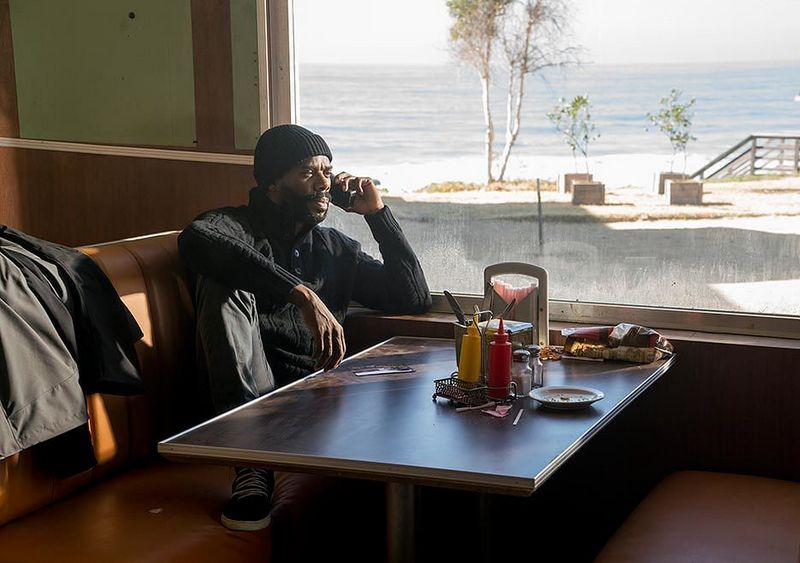 But first, Melissa wants to go over bedtime routine and hair maintenance in the house living room. This was so goofy I was glad George busted in on it. He didn’t get long to try and convince Melissa as Harry said something is wrong with Willa. Naturally, Willa finds the poison pills, dies and reanimates quick enough to take a chomp out of mom’s neck. George won’t leave, but allows the group to take Henry.

Seth arrives to retrieve his brother, which is just long enough for Walker Melissa to stumble down to the pier. Clearly that makes her the fastest walker in the history of the series. Chris gets to watch a son kill his mother to protect his family, but he seemed to miss that lesson.

And while it’s probably very smart for Daniel to be a little leery of Strand, his outright distrust and caution doesn’t feel earned at this point in the season. Strand hasn’t done anything to make Daniel so suspicious … just yet, but the writers are rushing a plot point that would carry a lot more weight if allowed to develop further.

Worse, knowing Daniel is so suspicious, Strand leaves his quarters so Daniel can find his M-16 and maps to Mexico. Strand went off the ship to have a cell phone conversation with someone about their rendezvous. Guessing what Strand is retrieving or delivering should be fun, something this series definitely needs ASAP.

The premise of this season still has me intrigued and next week’s episode looks to really get things in gear, but I’m hoping things start improving soon otherwise this season is going to be lost at sea.