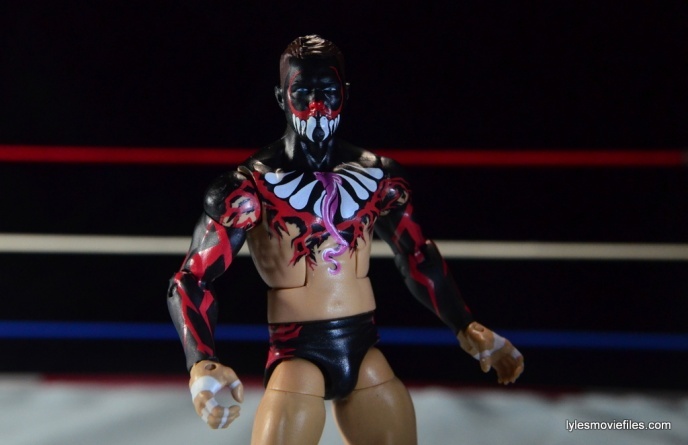 Finding the next big thing in wrestling isn’t easy. It’s a matter of identifying the right guy who can best connect with the fans and treating him like a once in a generation superstar.

Fortunately for the WWE they’ve got one in Finn Balor. Balor is a marketing goldmine with his super intense The Demon persona and creative body paint. Mattel already delivered a regular Balor in the Basic line, but Elite 41 provides easily the cooler figure version with Balor as the Demon. It’s going to be one of my top figures for the year.

Packaging: Nothing really new to add here. I still love the packaging. It’s vibrant colors and brand accents help make each figure in the wave stand apart yet in a uniform design.  The only thing that’s holding it back from perfect marks is the weak bio. 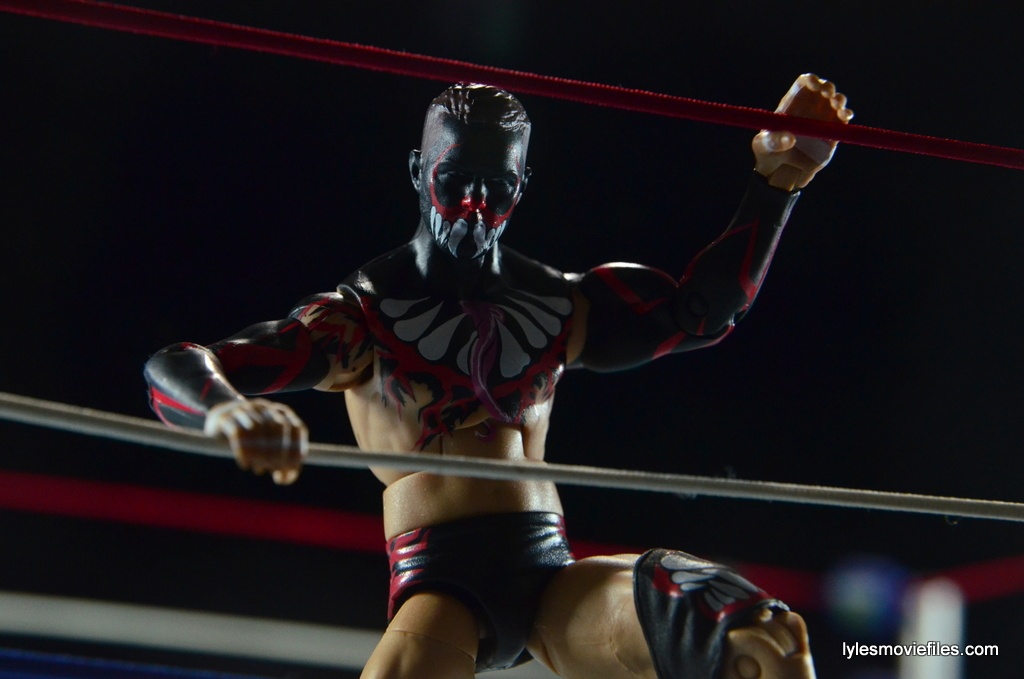 Likeness: I’ll get more in detail with this for the paint category, but the likeness of Balor in his Demon appearance is tremendous. This is the same head sculpt as the Basic figure, but it looks so much more sinister and deadly with the paint apps.

This has been a source of a little controversy. Mattel went with the smaller body type for Balor instead of the more ripped smaller torso.  While it’s inconsistent with the Basic figure, the paint largely hides the lack of body definition. 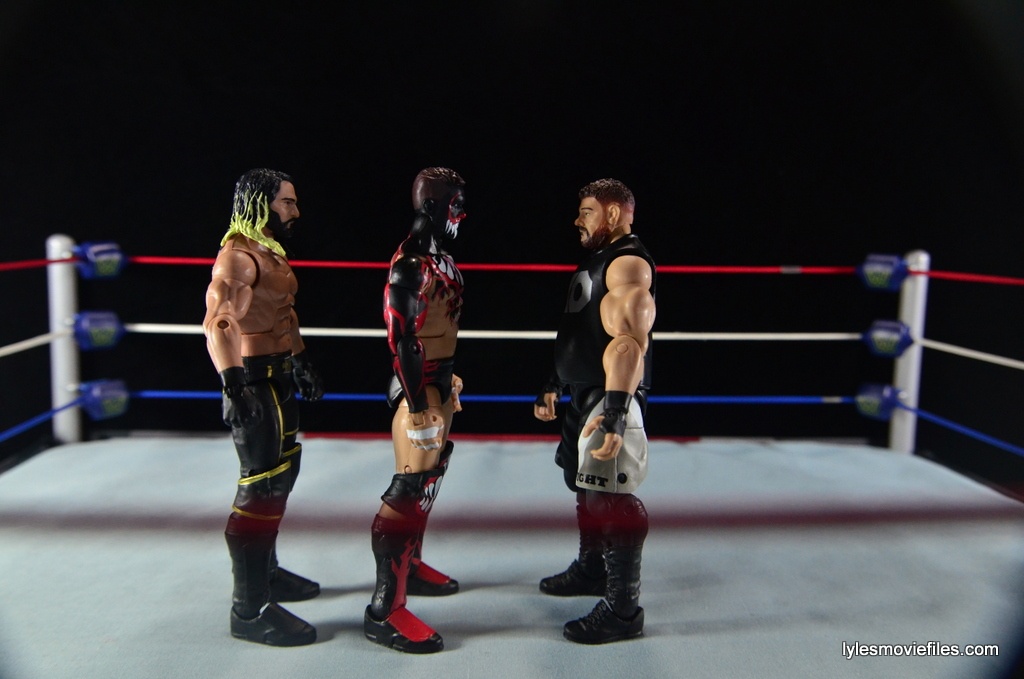 Scale: Balor is 5’11” so he should be shorter than the 6′ Kevin Owens. I won’t quibble over one inch. I neglected to take one with Roman Reigns, but Finn is definitely smaller than the 6’3″ superstar.

Paint: This is one of those figures where the paint application budget is readily apparent. The Demon body paint is intricate. Given the trouble Mattel has at time with regular paint jobs, it’s pretty incredible how well this turned out. 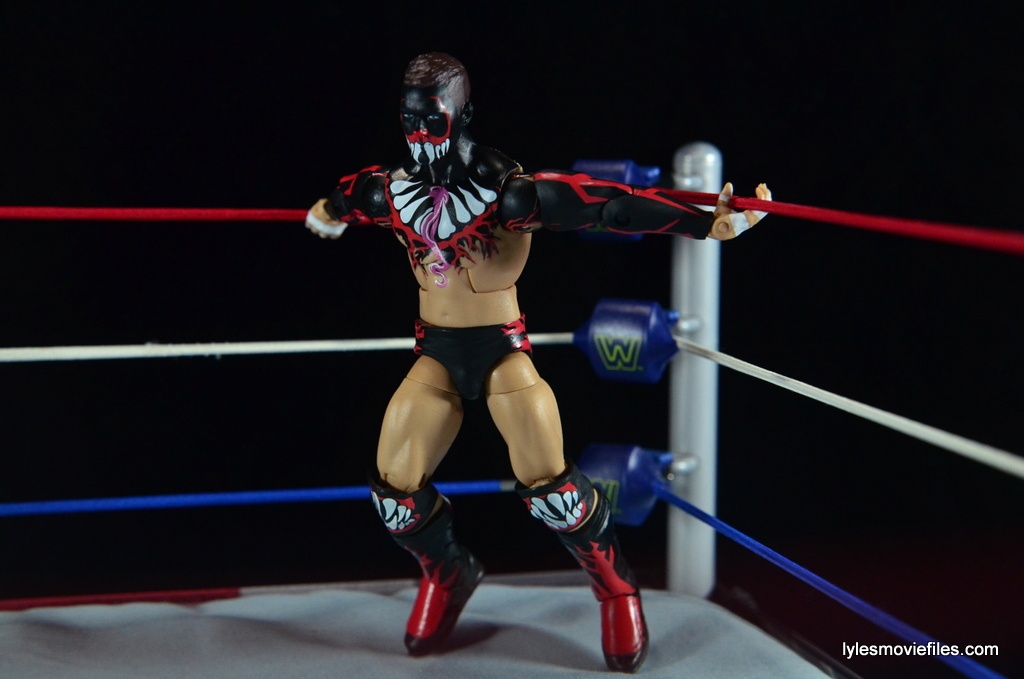 Balor’s Demon paint job is inspired by Venom with the wide open symbiote mouth ready to engulf something. That effect is conveyed very well with the figure. The coverage is solid from the shoulders as it crawls down Balor’s torso and spreads throughout his arms. The back, with a wing like creature is done just as well. 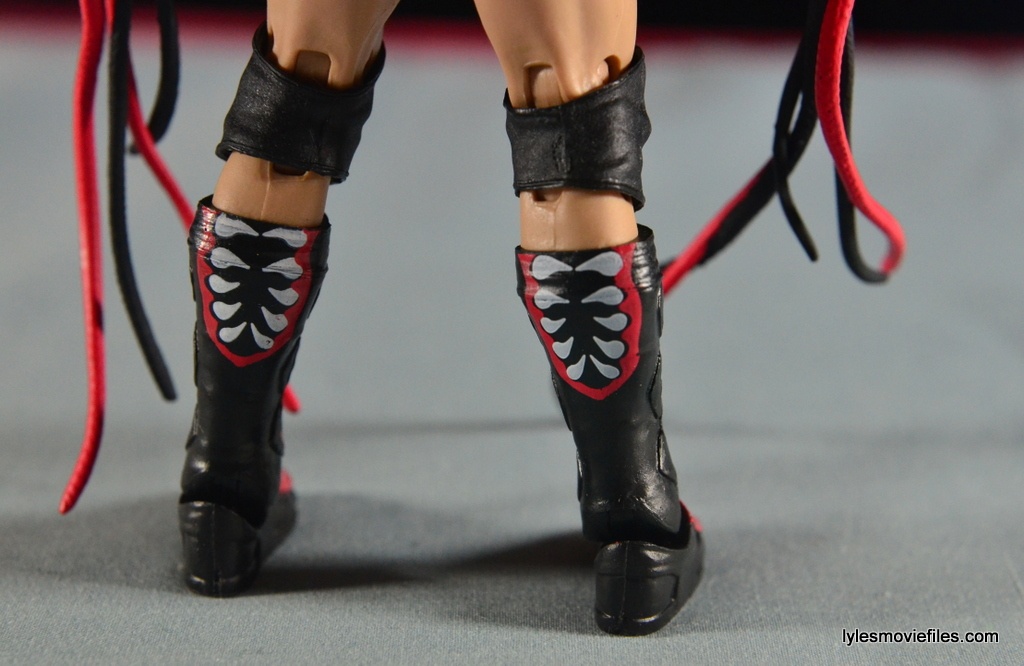 The kneepads and boots sport the toothed visual to continue The Demon theme. The paint makes the figure in this case and Mattel really knocked it out.

Articulation: The Elite articulation is such a major improvement from other WWE license holders. There’s still room for improvement, but there wasn’t a signature Balor pose I wanted to do that I couldn’t accomplish. 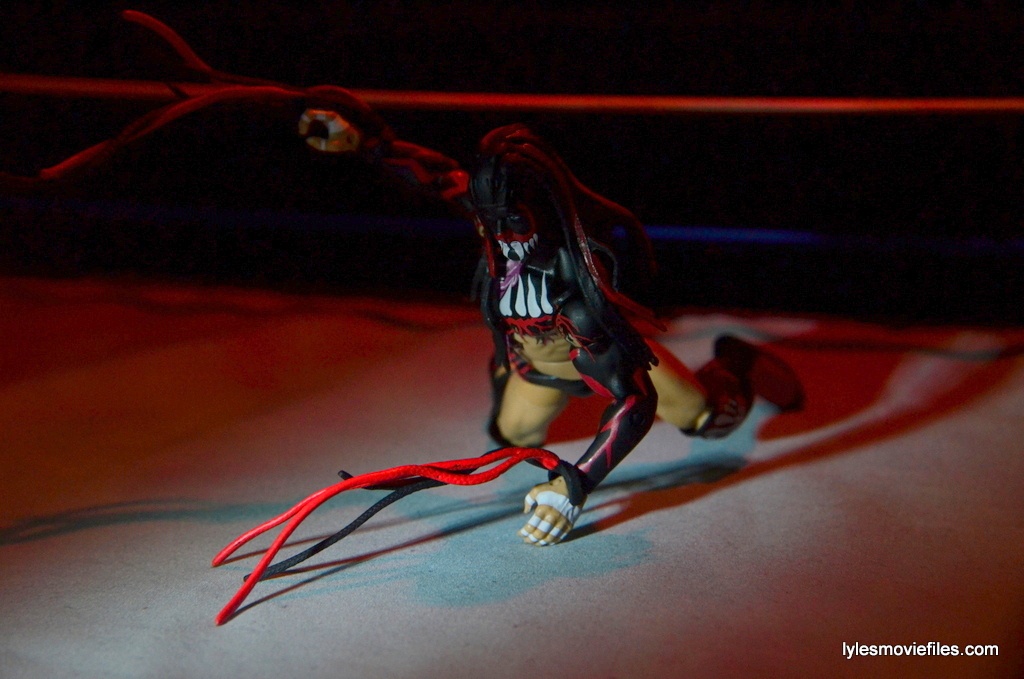 Accessories: To complete the Demon ensemble, Balor comes with his wrist streamers and head cover. Making the streamers cloth wouldn’t have been feasible since they’d have to be so thin. Wires would likely tear through anything else. The plastic Mattel used is probably the best possible option. The headpiece is a nice, snug fit and doesn’t pop off when you turn the head. 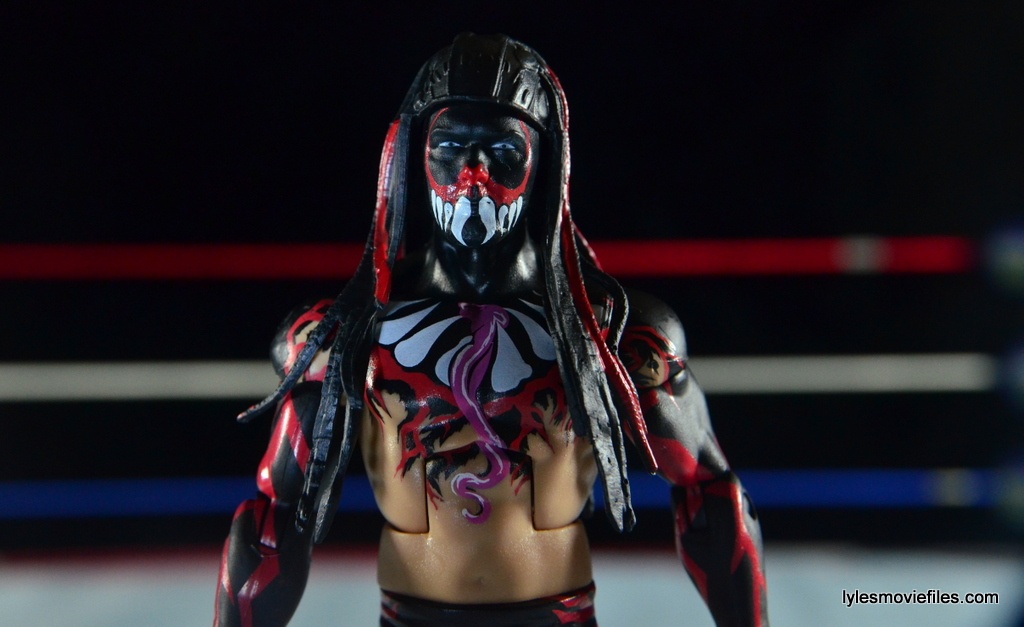 As the longest reigning NXT champion it would have been nice for Balor to come with the NXT title as well. In this case the intricate paint job is enough to give Mattel a pass here. 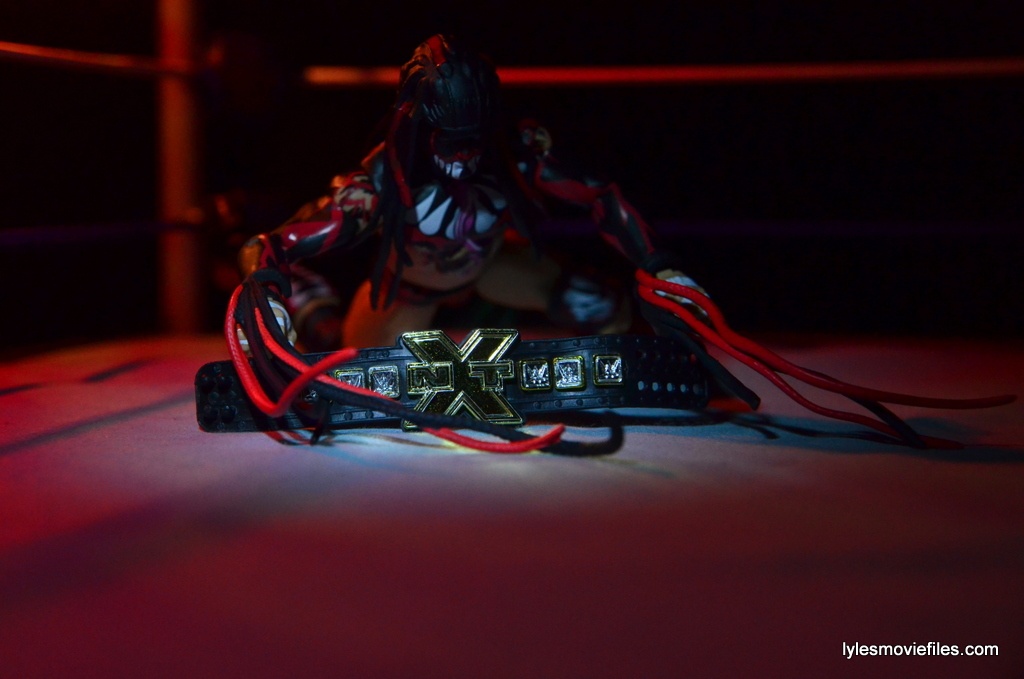 Worth it? One of the WWE’s highest profile stars gets a fantastic Elite figure that more than meets expectations. This is one of Mattel’s best efforts yet and a must-add for fans of the current product. 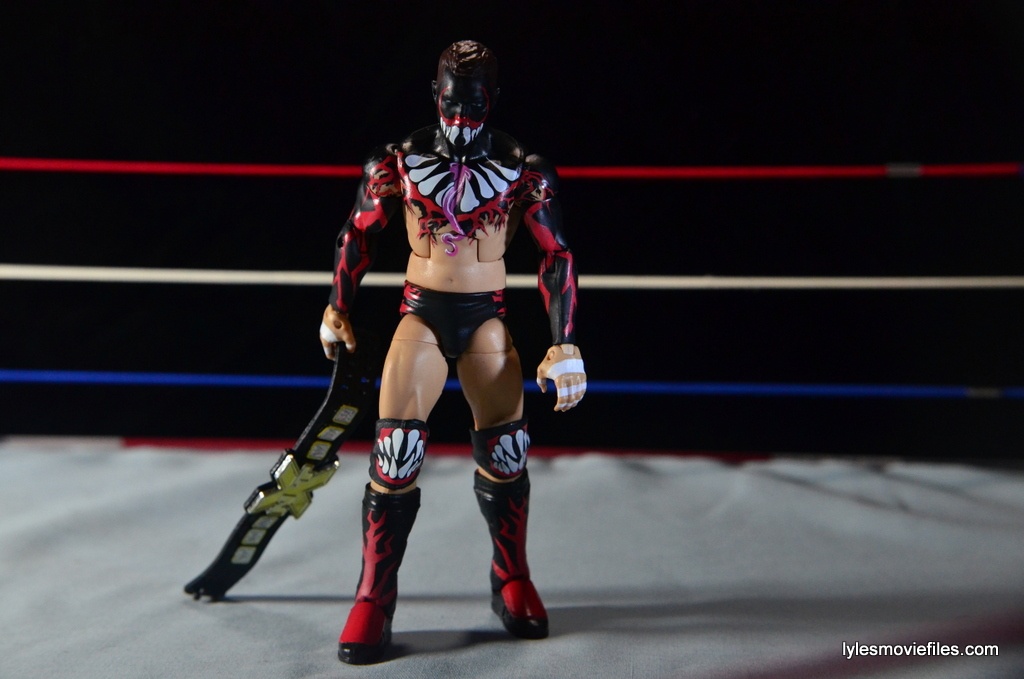 Where to get it? Finn was heavily packed, but he’s also the most popular of this set. You can still find him occasionally at Toys R Us, Gamestop and if you’re especially lucky you’ll spot him at Target. Otherwise going online is the best bet.