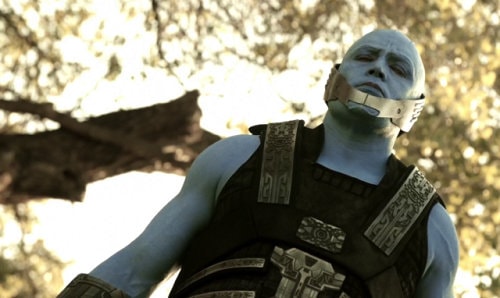 Agents of SHIELD is winding down its third season and in a testament to this season’s big bad, there doesn’t seem to be an obvious way our heroes can win. Failed Experiments marked yet another instance where Coulson’s crew made another desperate attempt to stop Hive and came up short big time.

On one hand that makes the threat of Hive immensely fascinating. We see this week he summons his former Kree creators and easily handles him using that handy body erasure trick. The only issue with making Hive so unbeatable is the increased likelihood of some random deus ex machina being pulled out of nowhere by the season finale just in time for Coulson and company to get the win.

Hive’s victims retaining their personality is an interesting twist on the mind-controlled zombie deal. Although it certainly seems more of an agenda just to have Daisy and Hive as Ward hanging together. There’s no doubt Brett Dalton can pull off this cold, detached Inhuman parasite, but in watching the blandest Sky aka Daisy/Ward exchange, I still can’t help but think killing Ward off was a major mistake for the series. Typically, I’m against character resurrections — just keep them alive in the first place and just write them out the story — but in Ward’s (and Quicksilver’s) case I will happily make an exception. 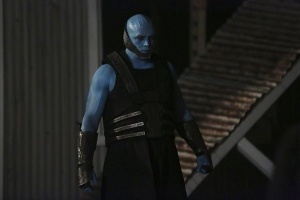 Hive’s end game still feels a bit silly. He wants to create more Inhumans to do what exactly? Help him take over the human remnants? And with his power, why would he possibly need any help? But hey, I’m hardly one to complain about the arrival of the Kree in the MCU.

Lincoln is almost unrecognizable as a character from where he was last season to this emotionally wrecked lovesick puppy. What’s so weird is that this genre is rarely shy about humanizing the heroes by giving them slowly paced romantic subplots. Sure, Daisy and Lincoln appeared to have a connection, but hardly to the extent Lincoln is carrying on.

That said, Lincoln injecting the possible Hive/Inhuman power disruptor was a bit predictable simply because Lincoln has been such a wild card lately. If only the writers developed him a bit more as right now he just comes across like a Level 10 clinger.

Coulson has been oddly logical when it comes to Hive and Daisy. He recognizes that Hive is the real threat, but Daisy isn’t able to resist his control despite the most well-meaning and heartfelt encounters with her old teammates. 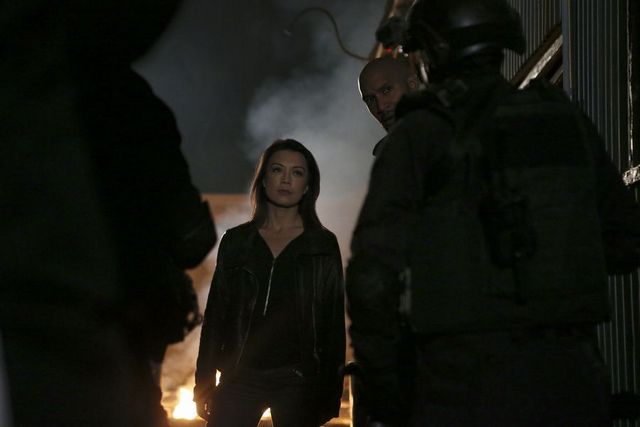 Sending Mack and May to lead a S.H.I.E.L.D. Strike Force — hey the team has more members to send on missions now that Bobbi and Hunter left — Coulson warns them to treat Daisy like an enemy, not their teammate.

Easily this week’s highlight was the confrontation between Mack and Daisy. This was a very well acted scene with Chloe Bennet showing the full extent of Hive’s control on Daisy in a way that hadn’t been coming across with her joking with James about his love life.

Daisy has been chugging Hive’s Kool-Aid and is a committed believer, but Mack wasn’t willing to give up on ‘Tremors.’ I liked that the power of Mack’s faith and conviction in his friend still wasn’t enough to break Hive’s hold. It’s going to take something much more significant. And with Lincoln’s desperation ploy not working, the team is going to need to figure out some way to take him down for good.

I’m still not sure hyping the death of a cast member is the most effective draw to the season finale. That seems way too gimmicky and far too much of a fuss. I don’t remember nearly any of this kind of set-up when Trip got killed so maybe Daisy does get ‘killed’ only to return at some pivotal point next season or just in time to crossover into Avengers: Infinity War?