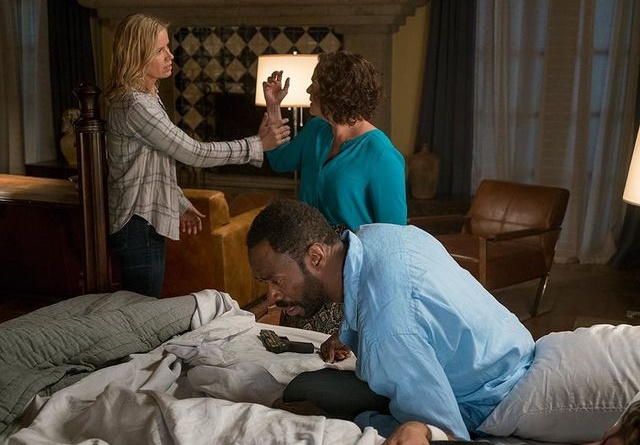 Fear the Walking Dead definitely shook up its status quo with its midseason finale. Given the option to choose the most likely scenarios to keep viewers anxiously awaiting its return, the show runners took the opposite approach.

The show’s biggest struggle continues to be its characters. It’s hard to root for characters that keep doing stupid things just to set up convoluted plot twists. At this point only Madison appears capable of surviving in this new world and that’s in part due to the dumbing down of the other competent characters.

There’s been three characters who seemed to ‘get it,’ but over the course of the last three weeks they’ve been neutered and made as useless as the rest of the cast. Nick starts getting so crazy he’s regularly walking around covered in walker guts declaring himself invincible. Salazar is going crazy because he’s having some ill-timed flashbacks. Strand is all crazy mopey and ineffective now that his boyfriend is dead and Chris? Well, Chris is just crazy. 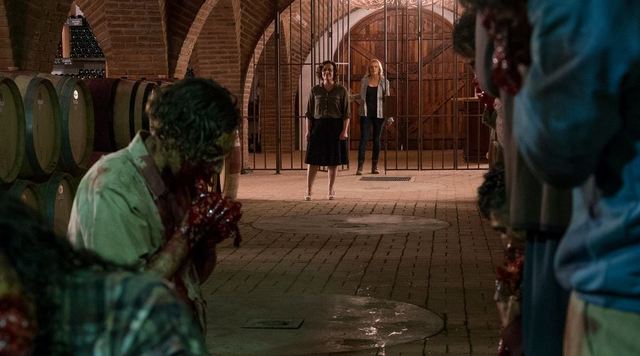 The writers have been trying to tease that Salazar is cracking for a few weeks now. The biggest problem though is no groundwork was laid to set up this mental breakdown. One week, Salazar is fine and the next he’s deliriously having visions and talking to his dead wife.  He snaps and starts attacking Celia’s men, forcing her to tie him in the compound basement.

It’d be one thing if the other characters stepped up, but they remain as ineffective as ever. Ofelia and Alicia in particular are worthless cast members who’ve done little to justify their continued existence on the show.

Celia’s newfound appreciation for Strand quickly ends the moment she realized he killed Thomas with a bullet to the head. Celia, who continuing the theme is also a little crazy, thinks walkers aren’t dead — just the next step in the process. Strand killing Thomas robs Celia the chance to put Zombie Thomas down in the cellar with the other undead. And with that act, Celia’s kindness has reached its limits and she orders everyone out of the compound in 24 hours.

Nick manages to buy a reprieve for everyone save Strand by bringing Zombie Luis to Celia. He’s buying what she’s selling. Seems like Madison’s hyper over protectiveness would do the trick all on its own.[irp]

Recognizing where this situation is heading, Madison tells Nick and Alicia to start stocking up supplies. They’re getting back onto Abigail and leaving just as soon as Travis returns from searching for Chris.

Chris has gone way off the deep end wandering to another neighborhood and killing walkers along his way. Travis finds his handiwork and eventually tracks him down to a home. Chris has a young boy at gunpoint and just wants Travis to leave him alone. Again, had the writers done anything to make Chris come across more than a moody teen this scene would have some meaning. At the very least Chris would be somewhat sympathetic not someone you’re rooting for Travis to put out of his misery. 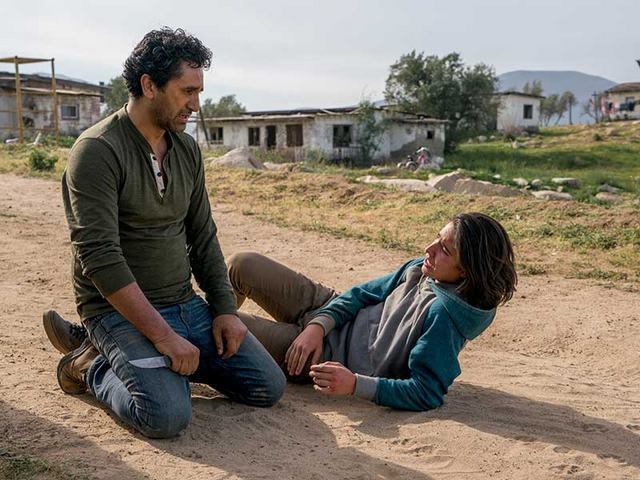 Travis staying behind to help Chris didn’t resonate as strongly as needed. Leaving the love of his life Madison and his surrogate children to help his broken child should have been this major moment for Travis’ storyline. Instead it just came across like the most unsatisfying way to resolve the Chris is crazy subplot. What needed to come across as a selfless, noble act instead fell flat thanks to Travis’ consistent portrayal as an indecisive character.

Madison figures out the best way to get on Celia’s good side is to play along with her. Celia leads Madison down to the walker chamber and simply to set one of them up, enters the locked cell. Seizing the opportunity, Madison calmly walks out and locks Celia in. Celia had some potential as a more demented version of the well-meaning Herschel so this was a weird way to kill her off. 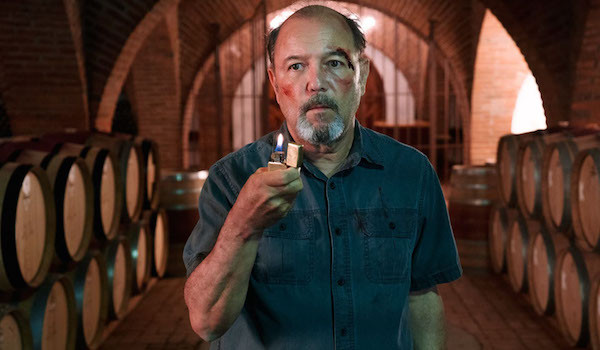 Salazar managed to escape his bonds and is causing his own mischief. He takes some gas cans and ignites the walker chamber, which causes a massive explosion that destroys the compound. And seemingly Salazar?

Strand gets a pickup truck and scoops up Madison, Alicia and Ofelia. Madison spots Nick in the distance with a walker horde close behind. Nick doesn’t want to go with them saying they ruin everything. It felt a little early in the series for that kind of talk. Madison reluctantly gets on the truck as Strand drives through the walkers and they leave Nick behind. 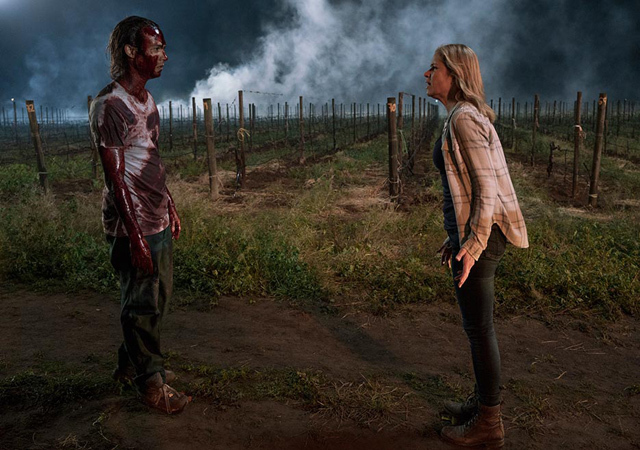 Shiva didn’t get the show on track, but it did ditch the sanctuary quickly. The episode dropped some characters for the time being, but is the remaining cast worth following?