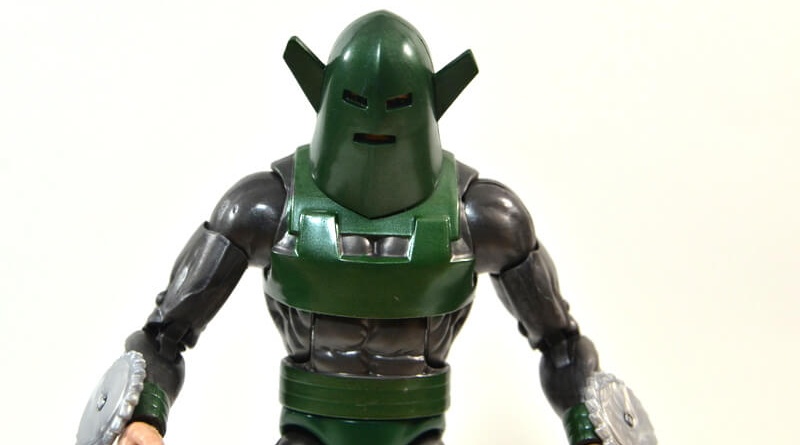 Whirlwind blows through with an outstanding figure

The true measure of any figure line isn’t in releasing the A- list characters, but how deep it can get into the second and third tier assortment of characters, especially villains. With its Marvel Legends line, Hasbro has mastered the art of covering the spectrum of the Marvel universe with much needed updates to classic characters and some of their niche punching bags like Whirlwind.

Whirlwind is a longtime Avengers enemy from back in the day when the team didn’t revolve around all things Iron Man. While he’s not a major level threat like an Ultron, Thanos or Kang, Whirlwind is one of those moderately capable villains that on his best day can handle a squad of lesser Avengers. As part of the Captain America Marvel Legends wave, Whirlwind finally gets his long overdue figure.

Packaging: Marvel Legends are always better out of the package so it’s hard to begrudge Hasbro for the somewhat dull packaging. The blue accents don’t show up especially well against the predominantly black package and as usual, the bio is so nondescript and vague it’s almost not worth the minimal effort. 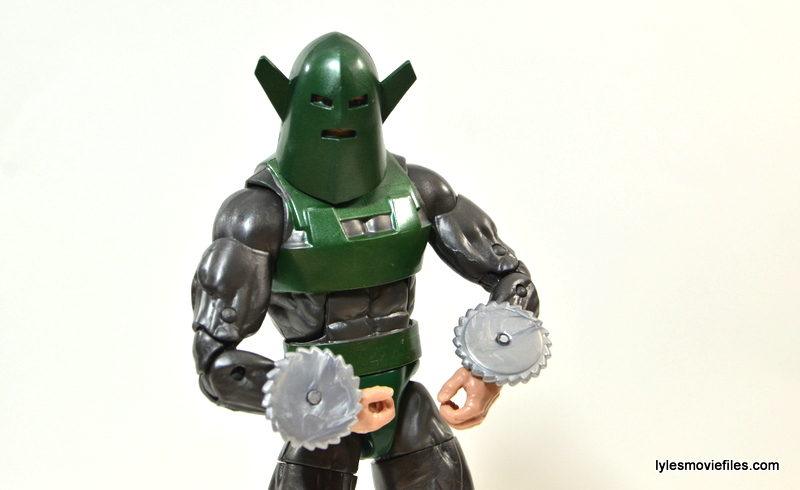 Likeness: When you’ve been around as long as this guy, you’re bound to have several costume choice options. I’m glad the bladed samurai look didn’t make the cut, but my preference would have been the bare skin version than the  grey thermal outfit we got. 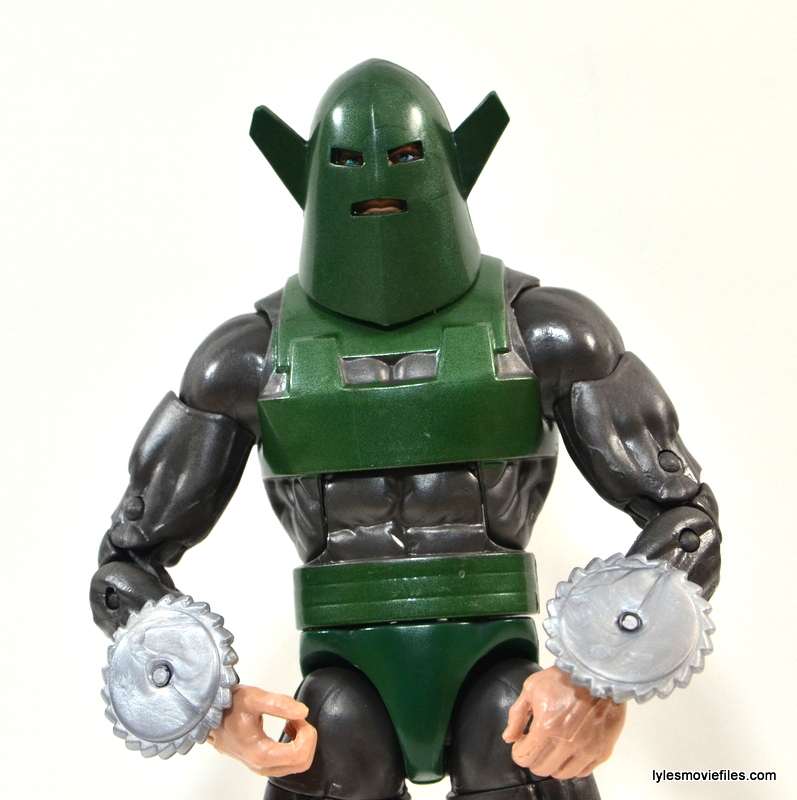 Color choices are one thing, but the most important aspect of the character is that signature egg with handles style helmet. The sculpt is another knockout from the Hasbro team and it even has visible eye slits and mouthpiece to convey that a person is inside not some robotic drone. 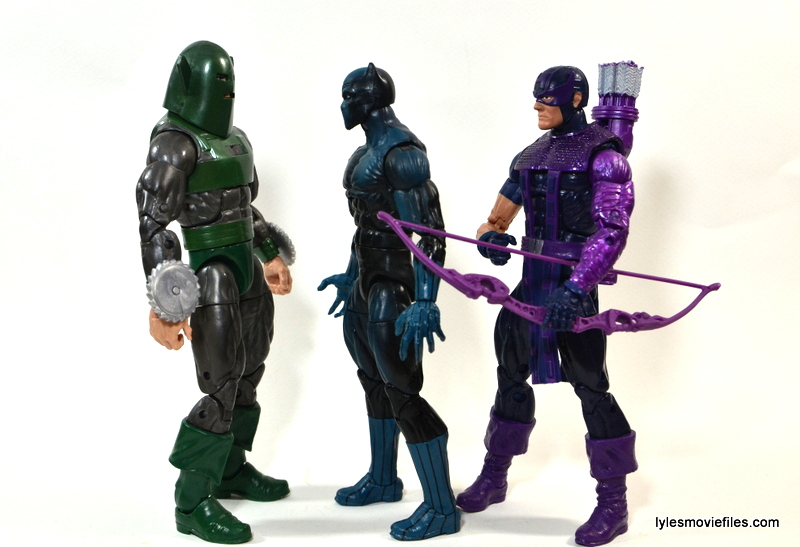 Paint: With a limited color palette, Whirlwind doesn’t stand out in a crowd, but his kelly green outfit and grey bodysuit makes for a nice contrast against the more primary color heroes. There’s a subtle wash in the grey to help bring out the sculpt details. I was most impressed with the inside of the helmet as Whirlwind’s eyes are painted better than some figures with exposed faces. 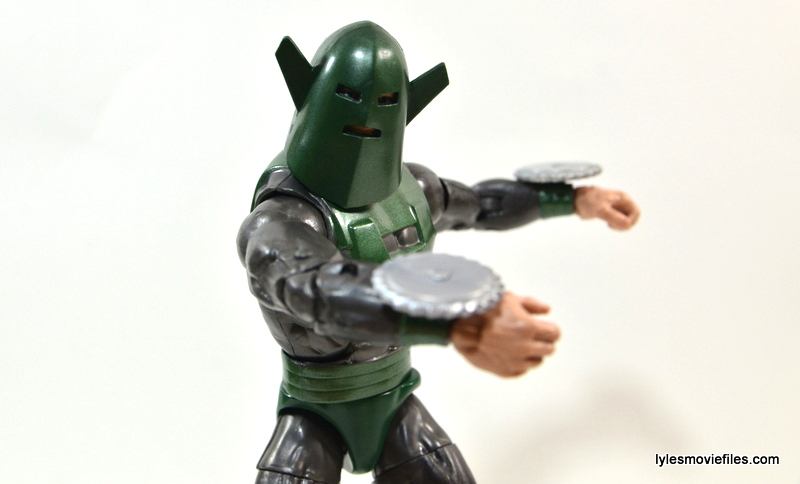 His blades have some swirls throughout, which helps suggest that they’re made of metal. 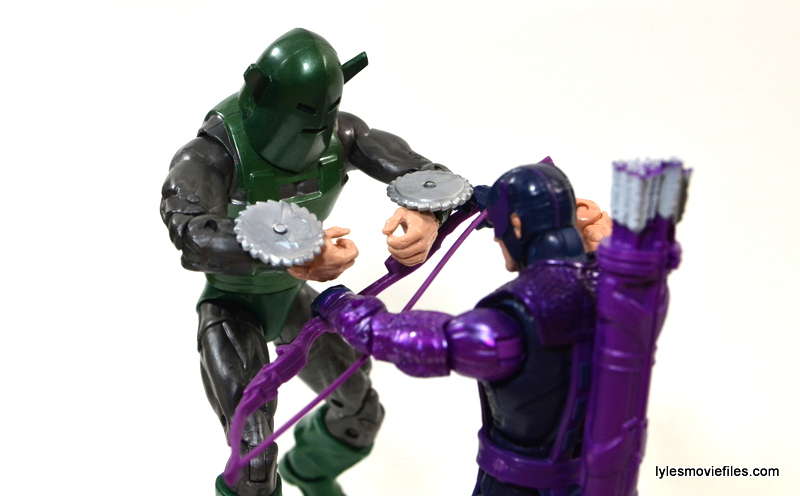 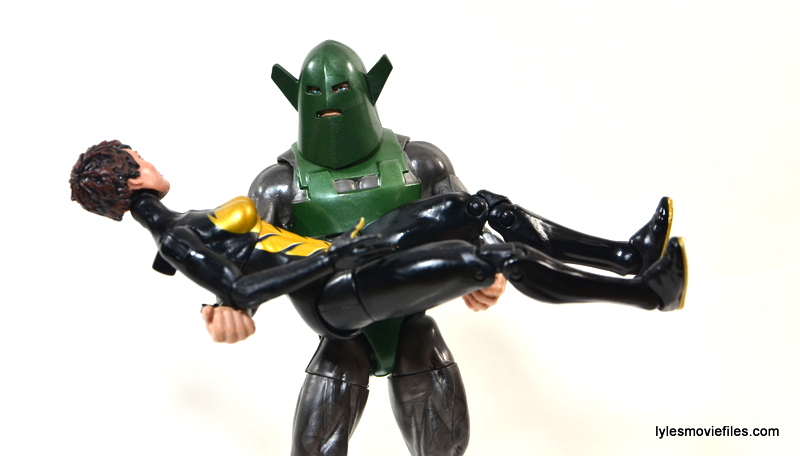 Accessories: Whirlwind definitely comes up short in this category. Even within waves the accessory allotment varies from figure to figure. Although there’s not a lot of accessory options, a tornado/wind base would have been ideal as it could be reused for a future first appearance Storm (hint hint Hasbro).

As such you’ll have to be content with the removable saw blades beyond the Build-A-Figure piece. Whirlwind comes with the left arm of Red Skull Onslaught. 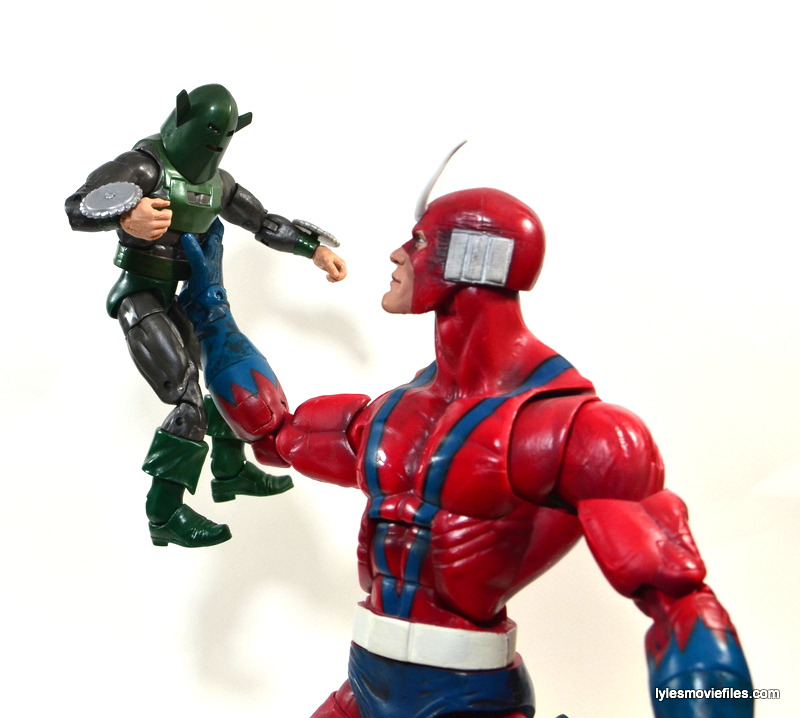 Worth it? As a kid I could never get enough bad guys for my heroes to beat down so it’s always amazing now that the villains stick around on the pegs long enough to get discounted. You can find Whirlwind now at some stores for $16 – a high value price for a Marvel Legends figure. 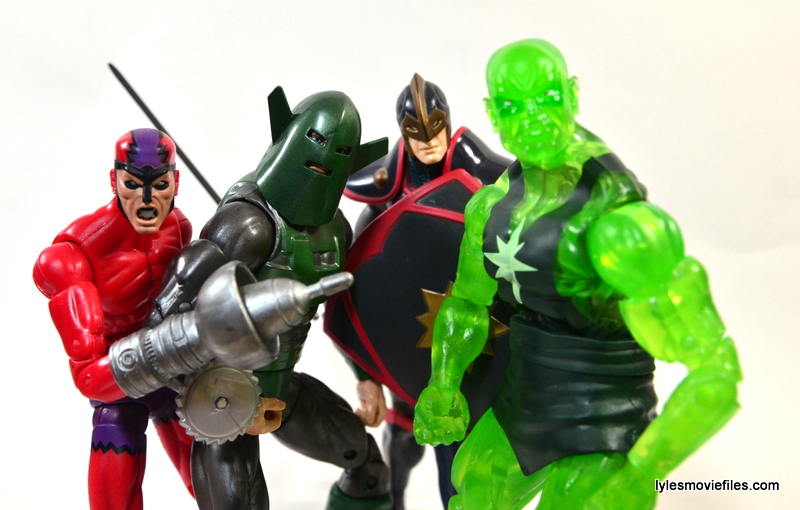 Where to find it? Toys R Us and Wal-Mart were neck and neck in getting this wave in stores. Gamestop has been surprisingly active in getting new figures in and I’ve seen this wave several times in their stores. I assume Target will eventually get them, but you certainly have other options. 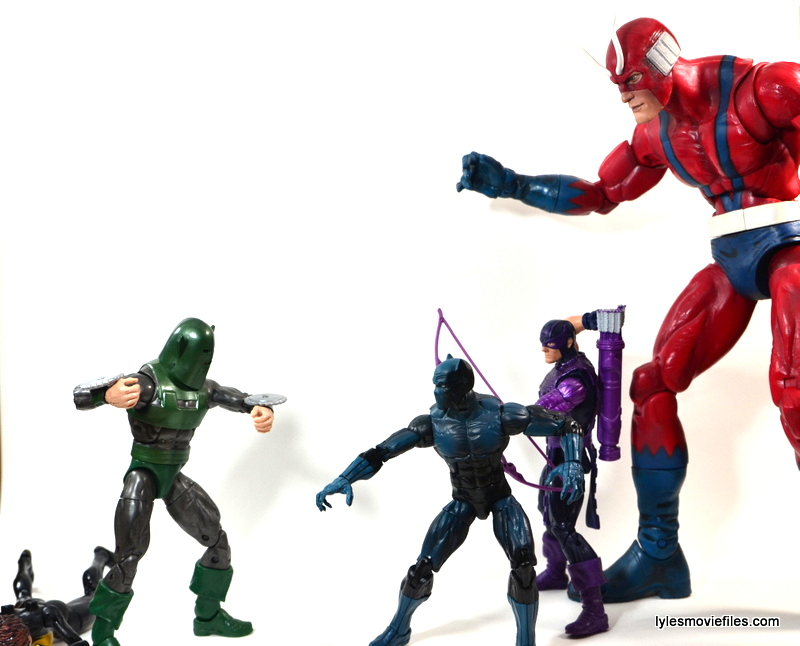 Whirlwind isn’t as flashy as some of the other recent figures, but he’s very well done. More accessories could have helped him stand out some more, although I’ll never complain about getting classic Marvel villains for my collection.