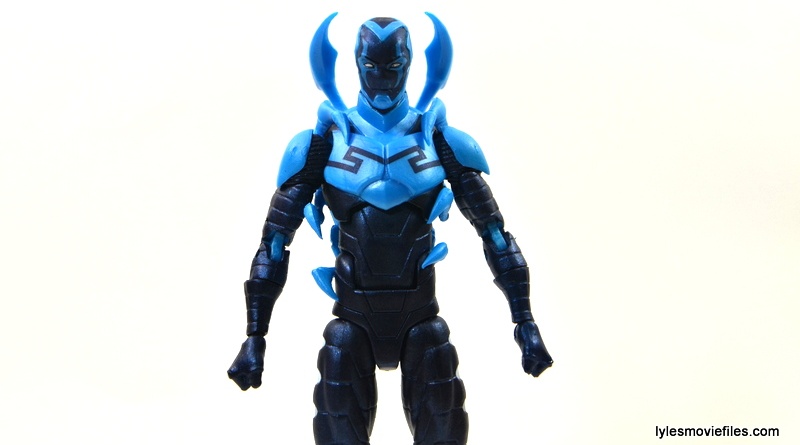 Comic book fans are notoriously resistant to change. We freak out over collars, boot cuffs and don’t get me started on replacing a beloved fan favorite with a new character. Jamie Reyes’ Blue Beetle III  had a lot going against him considering the gut-punching way his predecessor was written out of the DC universe.With DC Rebirth fixing that I bet even more fans will come to appreciate Jamie now. Once they do, I can see a lot flocking to this very solid figure from DC Collectibles as part of its DC Icons line.

Packaging: I really like how each package is personalized for the character. Beetle has blue accents and the scarab in the O and on the top of the box. It’s a small, but neat touch. It’s going to take a while, but seeing the numbers on each package is also going to be neat to have on display. Beetle is the sixth figure in the series. 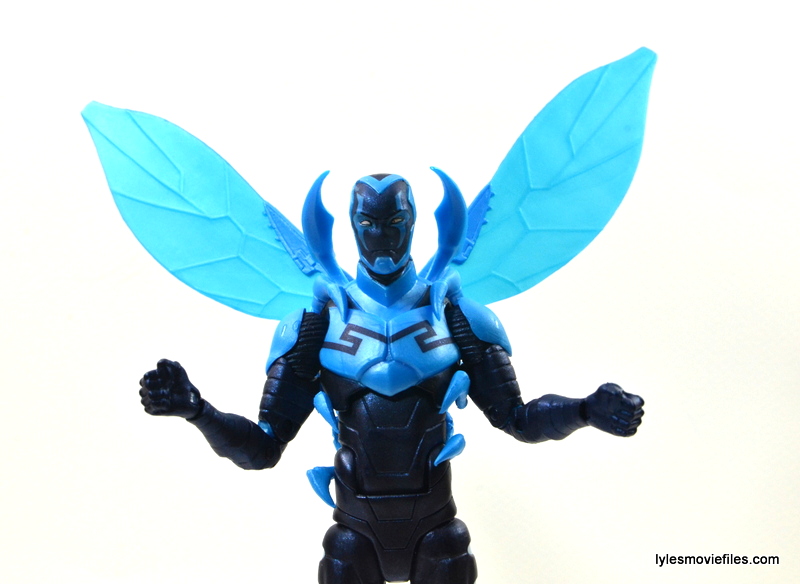 Likeness: It takes DCC a bit longer than most companies to get new figures out, but once they’re in hand it’s easy to appreciate the time taken to do the figures right. Beetle is an entirely new sculpt with all the appropriate lining and paneling sculpted.

This was a rare case where an open mouth sculpt would have been fitting and more in line with the character. Plus it helps break up the mostly black and blue color scheme. That said, I’m not going to complain too much about a neutral expression. My only other minor nitpick is I feel like Beetle is slightly pin-headed. That’s the opposite of most drawings I’ve seen where Beetle’s head tends to be a bit bigger than his body. Again, it’s a very minor point. 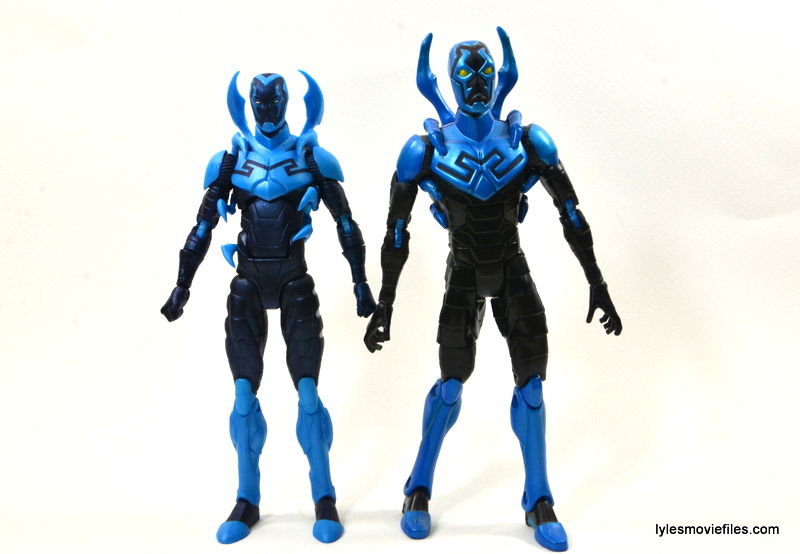 Scale: Beetle is a teenager so he rightfully shouldn’t be looking eye to eye with Green Lantern or Green Arrow. That scale is also further translated well with his bulk as a regular size teen wouldn’t be as filled out as an adult. 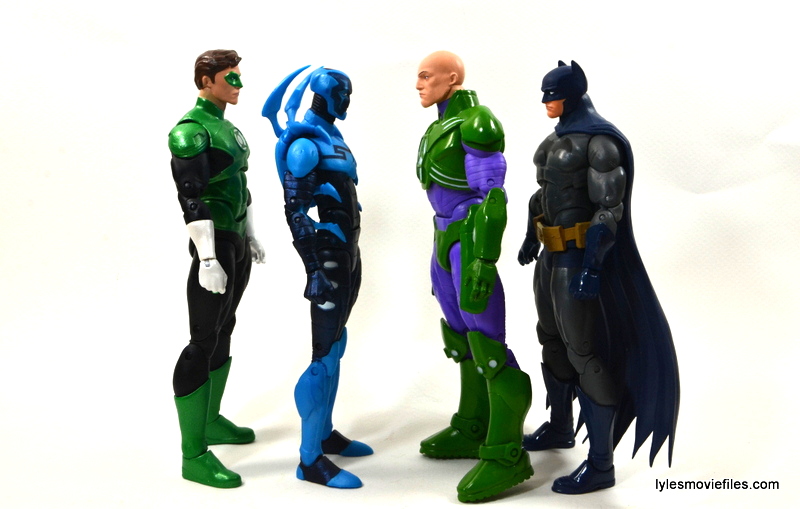 Paint: DCC is largely sticking to molded plastic for the Icons line to avoid a lot of painting. So far, it’s worked just fine and I have no complaints with the execution. Beetle’s head and chest are the main areas with some necessary paint work and both the face and logo are mostly clean. Beetle’s left eye had a stray mark I wouldn’t notice from a reasonable difference.

At first glance, the blue elbow joints seemed out of place, but checking some reference pictures, Beetle actually does have them as part of his outfit. Pretty smart way to incorporate those into the sculpt and avoid paint rub. DCC used a pearlescent black paint to give the black portions a certain shine that looks great. It really provides that alien armored visual. 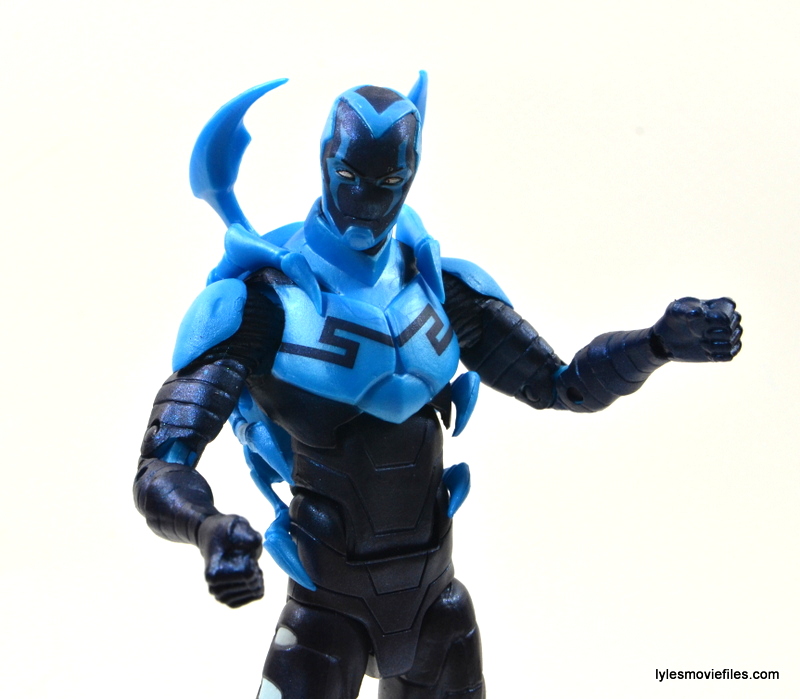 Articulation: Beetle has the full DC Icons range of articulation. For the most part that’s great, but there’s still room for improvement.

Like most of the figures in the line, Beetle would really benefit from more range of motion in the up and down head articulation. You won’t truly be able to get a good flying pose since he can’t raise his neck up. That’s something I’m really hoping DCC can address before the Wave 3 Superman arrives.

Accessories: While Beetle could conceivably come with even more, the add-ons included certainly made the most sense. Beetle comes with two transparent wings for when he’s taking to the skies and two arm cannons when the action heats up. The smaller cannon is like the wide beam blast. The larger one looks to be more of a laser style gun. I appreciate the display options. Unlike the Green Lantern figure, the cannons fit in nice and snug without impacting the firmness of the glove connection. 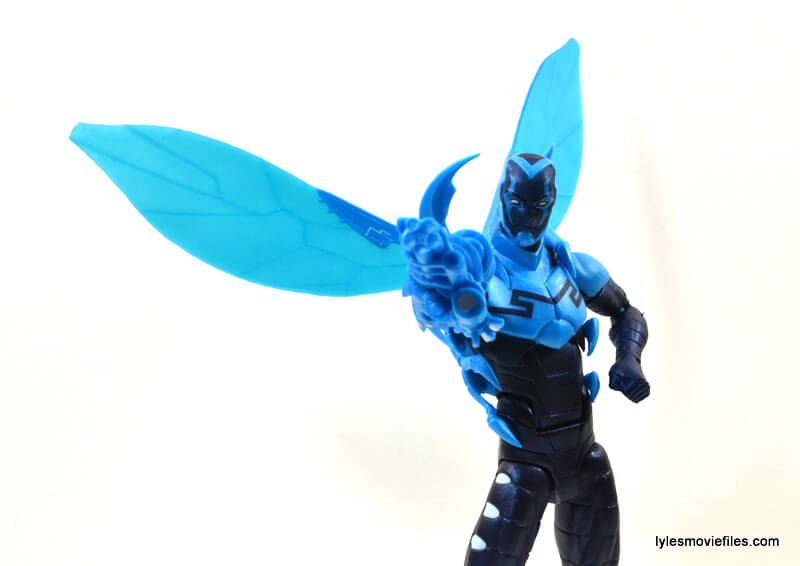 Worth it? At $25, you’re paying for the dedicated sculpt mostly even at the slightly smaller frame. Beetle paid $25 for the figure. That’s $5 higher than your regular 6″ Marvel Legends, Star Wars Black or WWE Legends figure. The tradeoff though is those three lines do a lot of mold reuse whereas here we’re getting a unique sculpt with details. For me, that’s a deal I can live with and feel the price for value is solid. 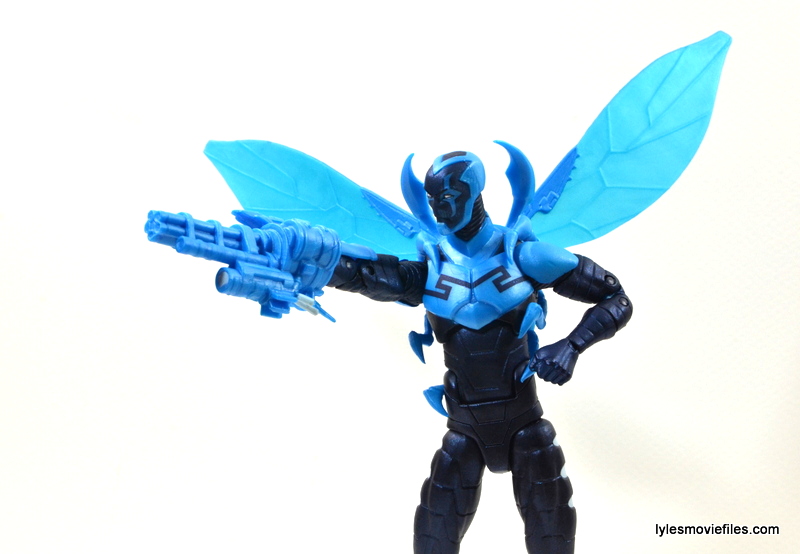 Beetle is another strong figure for the DC Icons line. Besides the tiny head and restricted neck movement, this is one of the standouts in the line and delivers exactly what you’d want in a Blue Beetle III figure. 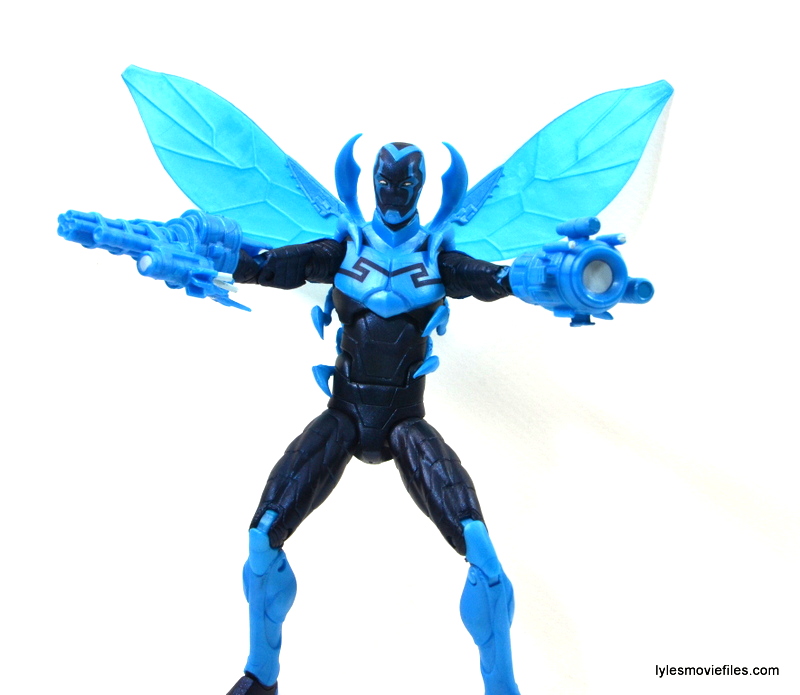 Where to get it? Support your local comic book store to grab them in person or grab them from Amazon and Entertainment Earth.

While you’re at it, here’s the rest of the available figures: