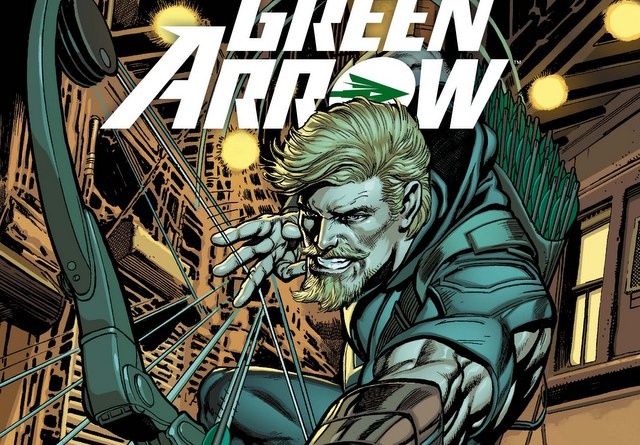 For those not completely blown away by Green Arrow: Rebirth, Benjamin Percy and Otto Schmidt will have them fully on board by the end of the first issue of the ongoing series.

Green Arrow has had a slew of writers over the past few decades, but Percy’s take feels like a homecoming. Percy’s Green Arrow reads like the spiritual successor to the acclaimed Denny O’Neil/Neal Adams and Mike Grell’s runs on the character. This first issue was vintage Green Arrow. The Emerald Archer battles Star City lowlifes using his unparalleled archery skills. By day, Oliver Queen tries to bring some light to a city accustomed to life in darkness. This finally feels like an updated return to the social justice crusader we’ve known and loved.

Black Canary being along for the ride doesn’t hurt either. Green Arrow and Black Canary function just fine without each other, but together, the pairing is magical. Percy quickly finds the ideal approach to take this familiar relationship and make it fresh again.

Percy doesn’t make Green Arrow a perfect hero. He makes concessions for the sake of the greater good Batman would never consider. It’s those same compromises that make Green Arrow a more realistic and relatable character. Canary calling him out on his tactics already looks to be a fascinating conflict in their young relationship.

Percy establishes a setup that should feel very comfortable for fans of the Arrow TV series. Oliver has a half-sister who’s adept at archery, a tech genius capable of getting him out of jams and an overly talkative Queen Industries employee.

After discovering issues within his father’s company, Oliver faces the wrath of an insidious group of masked men determined to ensure their plans remain hidden. Thanks to their masks concealing their identity a lot of folks have drawn the comparison to Batman’s Court of Owls. Percy adds some subtle differences to make this clandestine group stand out in their own right.

Schmidt’s art has a very animated style. It’s not a stretch to picture how easily his artwork could be translated to a Warner Bros. Entertainment animated movie.

The first issue of the ongoing Green Arrow series hits every target while fully leaving fans salivating for more of the best take on the character in years.