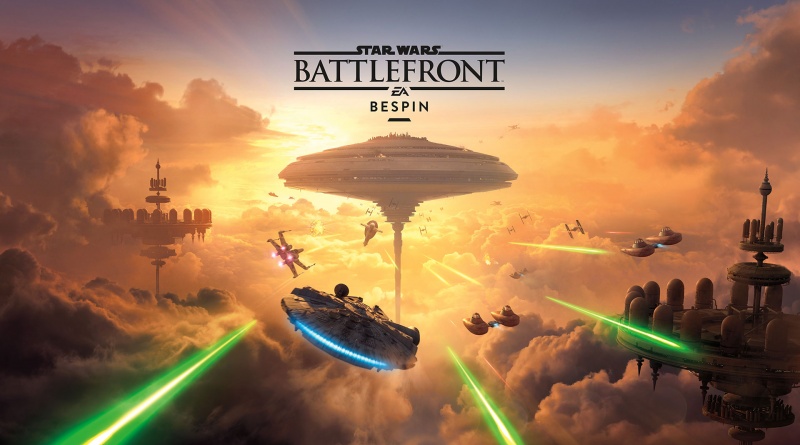 Battlefront players can play as Lando in new exclusive content

Star Wars Battlefront has had its share of critics, but EA Sports is hoping to win them over with this new stage.

The mention of a famous location from my favorite movie, The Empire Strikes Back, was more than enough to pique my interest.

Of all the various locales we saw in the original trilogy, Bespin was easily my favorite. It was a city in the clouds! Bespin is such a cool setting that even when George Lucas started tinkering and messing around with Special Editions, he couldn’t ‘fix it.’ Yeah the sunset was a bit more pronounced, but Bespin was otherwise upgrade unnecessary.

For those with a Battlefront Season Pass, you’ll get access to exclusive characters Lando Calrissian and the bounty hunter Dengar.

I’m really interested in playing as Lando. He’s one of those Star Wars characters that’s always fascinated me. Charles Soule’s Lando mini-series was proof there’s a ton of entertaining Lando stories to tell. I’m looking forward to running through Bespin and flying around Cloud City

If that wasn’t enough to sell you on the Battlefront Pass, you’ll also be able to fly those cool Cloud Car vehicles around Cloud City and the Administrator’s Palace. I loved those Cloud Car vehicles so much they got steady use for all of my from Star Wars, GI Joe to Super Powers.

To help beef up your arsenal, the Bespin pack also includes two new blasters – the X-8 Night Sniper and EE-4 blasters. So long-range attackers and those who prefer a little more up close combat have new options.

Naturally you couldn’t go to Bespin without going through the carbon-freezing chambers. You’ll also battle through the Bionip Laboratories. I’m amazed there’s a Star Wars setting that even makes me wonder what they’re talking about.

Watch the new gameplay in action during a special Bespin Stream at 10 a.m. Friday on @EAStarWars or @StarWarsHQ.

Even if you’re not a Season Pass holder you’ll still be able to enjoy some fun. All Battlefront players can grab new Hutt contracts to release the new Ion Neutralizer.