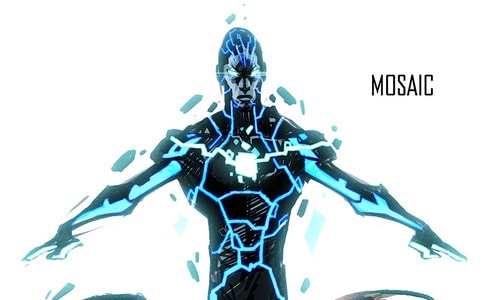 Mosaic is Marvel’s next big hero

Not so coincidentally on the heels of the NBA Finals, Marvel Comics revealed its newest hero — an Inhuman named Mosaic. And he just so happens to be a superstar basketball player.

Here’s the synopsis from Marvel:

Morris Sackett – professional basketball player and celebrity. Loved by millions, hated by his teammates. Only Morris is secretly something else – something Inhuman. Coming into contact with the transformative Terrigen Mists has given Morris spectacular new abilities. Imbued with the ability to jump from person-to-person like a ghost, Morris can control the bodies and memories of those he inhabits. But these fantastic new abilities come at a grave cost. Recognized as an all-star athlete, Morris has worked his whole adult life to raise his body to peak physical form, but after his transformation, his living body is no more, and Morris must now rely on other bodies to survive. 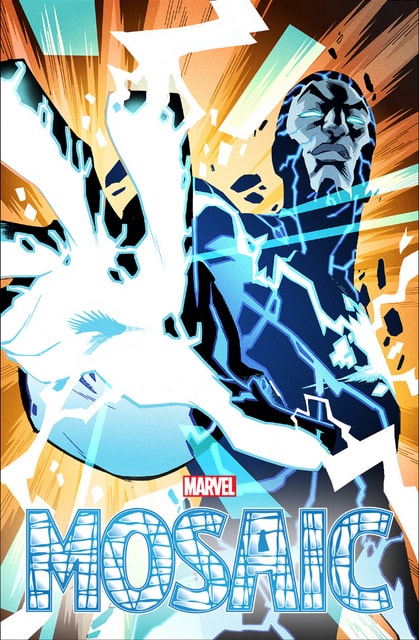 I really dig the concept. We see the independent comics taking more chances with flawed characters that seem like people you’d read about on TMZ or Perez Hilton.

It helps that Marvel has largely avoided stereotypes with its black characters. Marvel has a ruler of a nation (Black Panther), a scientist (Blue Marvel), a social crusader (Falcon/Captain America) among other leading men so a basketball player is hardly some great insult. 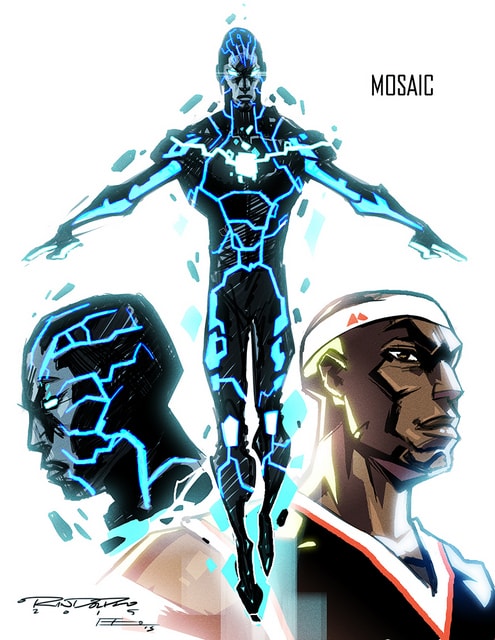 Writer Geoffrey Thorne (Marvel’s Ultimate Spider-Man) will be working with artist Khary Randolph (Deadpool: The Gauntlet) and Tech Jacket) on the title.

I think Mosaic has the potential to be a real breakout character for Marvel, especially if they find some organic ways to do cross-promotion with the NBA. You have to assume it’s intentional that Marvel is releasing Mosaic in October with the 2016-2017 NBA season slated to start Oct. 31.

You won’t have to wait that long to see Mosaic appear in the Marvel Universe though as he makes his debut in Uncanny Inhumans #11.  A very special Mosaic origin story will be featured in a 10-page preview at Barnes & Noble bookstores nationwide during its Get Pop-Cultured event. 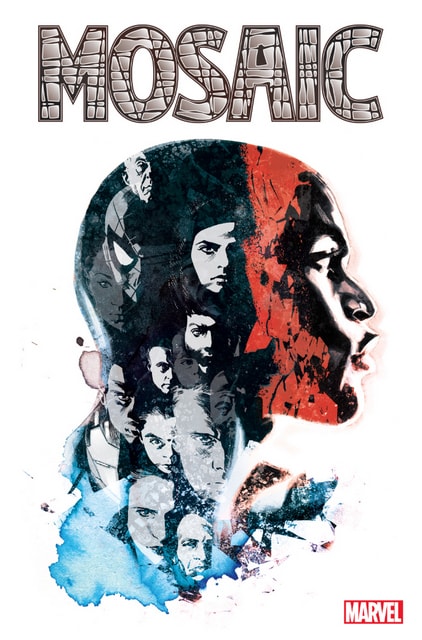 Considering how vital the Inhumans have been on Agents of S.H.I.E.L.D., I wouldn’t be shocked if Marvel didn’t fast track Mosaic to appear on the show.

I’m curious to see how Mosaic turns out. As I get more information, I’ll make sure to pass it on. In the meantime, if you’re not reading the amazing Black Panther and Captain America: Sam Wilson what are you waiting on?