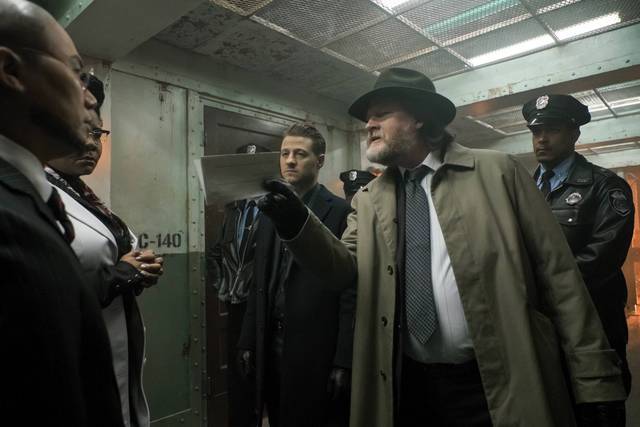 Sparking a fiery surprising end to the Azrael storyline, Unleashed was shocking and absurdly entertaining.

Unleashed was a fitting title as it perfectly embodied Gotham’s dowhatchalike mentality as of late. One thing’s for certain — this unhinged, unrestrained and straight up out there approach is working. I don’t know another show that could make the big bad guy getting blown up by a rocket work besides Gotham.

We’ll get to that shocking, explosive scene in a bit, but let’s break down the rest of the fun. 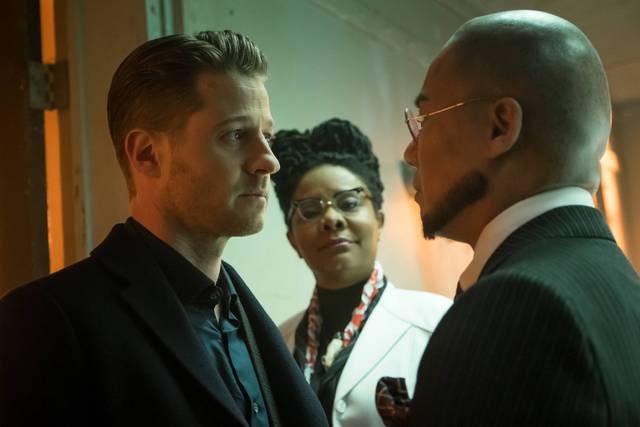 Gordon and Bullock scrambled to track own Theo Galavan aka Azrael before he could kill again. With Capt. Barnes laid up in the hospital, Bullock had to rally the GCPD. This was a terrific showcase moment for Donal Logue, who remains the steadiest of supporting players in the series. The duo managed to get Tabitha to help stop Azrael, which worked to a point. After getting his memory partially restored by his sister, Theo remembers his most recent plan and goes to kill Bruce Wayne. But first, he impaled Tabitha for being a traitor to the Dumas cause.

The showrunners could not have committed a more heinous offense this season than killing off Tabitha and depriving us our weekly dose of Jessica Lucas. So while consecutive episodes had two key supporting characters surviving being stabbed I was fine with it in that instance. Gotham doesn’t need to cry wolf too often with death, but these significant injuries in the line of duty ensure the threats still remain credible. 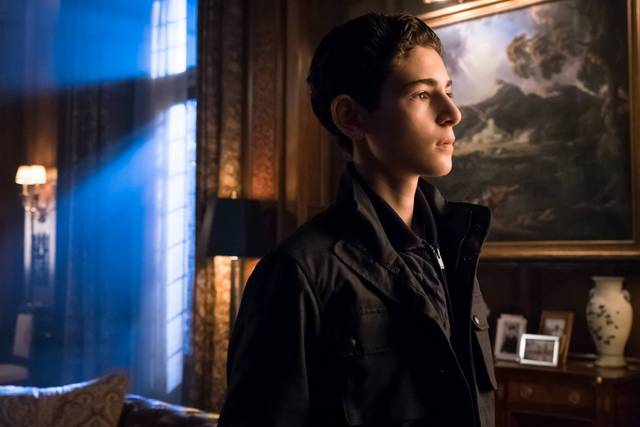 Bruce caught back up with Selina to get her help breaking into Strange’s lair. And if she needed further convincing, Bruce mentioned her friend Bridgit was in Strange’s custody. Selina was up for the gig provided Bruce stay behind since he’d only be a liability. Selina’s been one of the more improved characters this season and we got to see her in her cat burglar wheelhouse here. While she’s busy breaking into Strange’s HQ, Nygma is finding a way out. In a nice twist, Selina gives Nygma an escape route, which puts him right on the GCPD roof and back in custody.

Penguin patched things up with Butch so they could both settle the score with Galavan. Penguin/Butch has always been one of the show’s better pairings and I was glad to see the reunited. Galavan tracked Bruce down to Wayne Manor leading to a pretty amazing duel with Alfred. This was seriously one of the better fights we’ve seen in the show and it was laid out very smoothly. Repacking Galavan as a horror movie style villain has been an inspired shift for the season’s main villain. He’s formidable, but his lumbering attack style makes him imposing without being unbeatable. 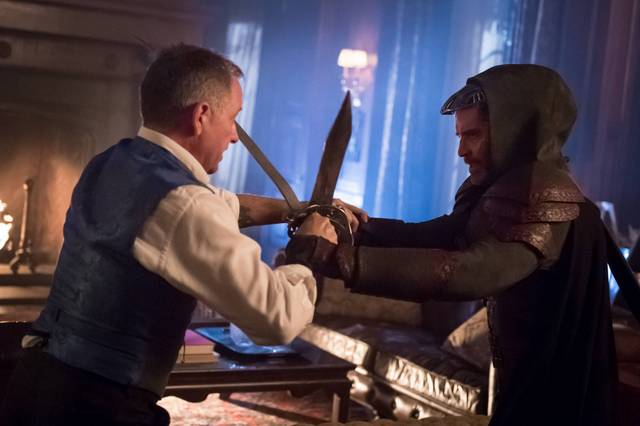 Gordon arrives just after Galavan closes in on Bruce, but Gordon doesn’t have enough bullets to keep him down. Fortunately, Penguin and Butch arrive. WITH A BAZOOKA. Galavan can only brace for the impact as he gets blown to pieces. OK, seriously that was absurd on so many levels, but it was kind of amazing and I laughed harder than I should have given the situation. How else would you beat an unstoppable functional zombie? And it was fitting that Penguin and Butch were the ones to end Galavan’s threat once and for all.

Still navigating through Strange’s lair, Selina stumbles around possibly spotting Gotham’s version of Killer Croc. onto Bridgit clad in a familiar arsonist costume to Batman fans. And now Bridgit is officially calling herself Firefly. Strange and Ms. Peabody watch on and things do not look good for our favorite Catwoman in training. Now for the first time, I’m actually invested in her survival.

Unleashed continues Gotham’s red hot streak with another fantastic episode to wrap up what’s been a surprisingly enjoyable second season.