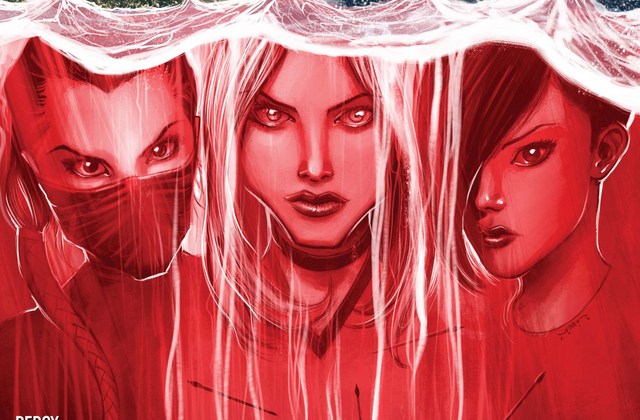 The showrunners of Arrow probably should be taking extensive notes through this early story arc of the post-Rebirth Green Arrow. There’s tremendous episode and season long gold already and Erasure continues that trend.

In a lot of ways, Green Arrow is like Arrow done right. Oliver has a bit more rascally scoundrel to him; Black Canary is a major league bad a$$, there’s a tech support hacker character that doesn’t overstay their welcome and John Diggle operates independently of Green Arrow. Add in some competent villains that actually pose a legitimate threat and this is a title that continues to satisfy.

Erasure further strips Green Arrow down to his core elements. After last issue’s ambush, Oliver Queen returns from the brink of death to learn he’s already been declared dead. That’s not exactly a new idea for Green Arrow. It was initially done in the 70s to further distinguish the character from Batman. Of the ‘take what’s old and make new again’ strategy we’ve seen since New 52, this is one of the most significant.

To build a better Green Arrow, writer Benjamin Percy is removing all the luxuries, endless financial resources and tech support. As Black Canary called Oliver out for the dichotomy of trying to toss money at problems while trying to do good, Oliver is going to need some new tricks. Just how Oliver will respond seems incredibly fascinating.

Just as important, Percy fleshes out the supporting cast to make everyone matter beyond their ties to Oliver. In a nice touch, it’s Black Canary who is close to tracking down the real threat in Star City.

Artist Otto Schmidt takes some creative chances with his panel layout and construction that really pay off. While his more animated drawing style still doesn’t seem like a natural fit for the title, he’s doing exceptional work.

Under this creative team, Green Arrow is solidly a must-read title. More impressively is the sense that the fun is only just getting started in what’s looking like a definitive Green Arrow run.