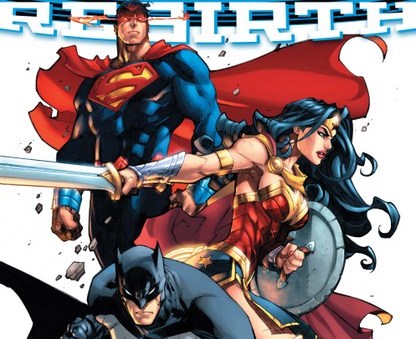 Justice League Rebirth is decent, not super, setup to next big era

Justice League Rebirth marks an auspicious start to the Rebirth era adventures of the world’s greatest superheroes. It’s a underwhelming kickoff when compared to the start of Grant Morrison or Geoff Johns’ acclaimed stints writing the title. 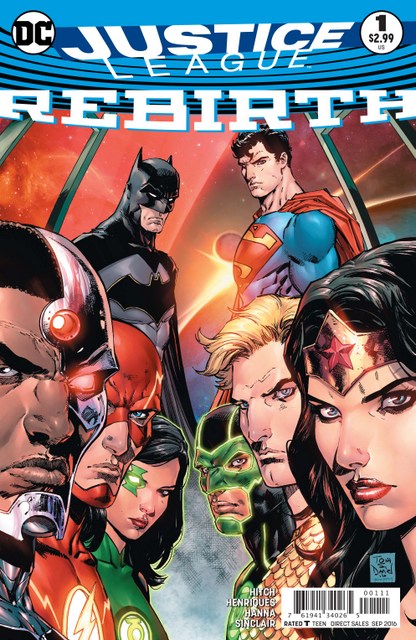 With the New 52 Superman dead and Hal Jordan off on the other end of the galaxy the JL is short on firepower. The remaining members of the League — Aquaman, Batman, Cyborg, Flash and Wonder Woman — can’t mourn their fallen teammate long as an alien invasion threatens the planet. Bryan Hitch does double duty as writer/artist on the title

Kicking off this new era of the league with yet another alien invasion felt especially uninspired. That’s become a go-to method to assemble the League from as far back as the team’s original formation in the 60s. It’s the quick and easy way to bring the team together, but it felt much more like a retread of a far too familiar story.

Blame the League members’ solo book. They’ve been so consistently entertaining and exciting that expectations were probably too high for the title that brings them together.

Batman and Wonder Woman reflect on trying to figure out what to make of the pre-52 Superman and why he’s been in their world undetected for so long. Meanwhile, Superman is with his wife, Lois, deciding if he’ll lend a hand. This is the first real hiccup in terms of scheduling. Superman and Action Comics already have Superman fully established as the new Superman and his reluctance to aid the League came across like forced drama. No one actually expected him not to help stop an alien invasion, did they?

Jordan left some replacements in his absence as Simon Baz and Jessica Cruz take the mantle of Green Lanterns on the team. Hitch captures the dynamic we’ve seen play out in Green Lanterns well although he didn’t appear to have updated designs for Cruz who is drawn as a generic Lantern.

Hitch’s widescreen cinematic art style remains impressive as always. The plot is strictly serviceable, but the artwork gives it a greater sense of importance. When the title gets underway Tony Daniel will be assuming regular art chores while Hitch focuses on writing. Gut reaction based off this first issue? Swapping the roles would probably result in a better Justice League. Hitch is still finding his voice as a writer and this high profile of an assignment is an interesting choice by the DC higher ups. Hopefully Hitch will prove worthy of the faith entrusted in him.