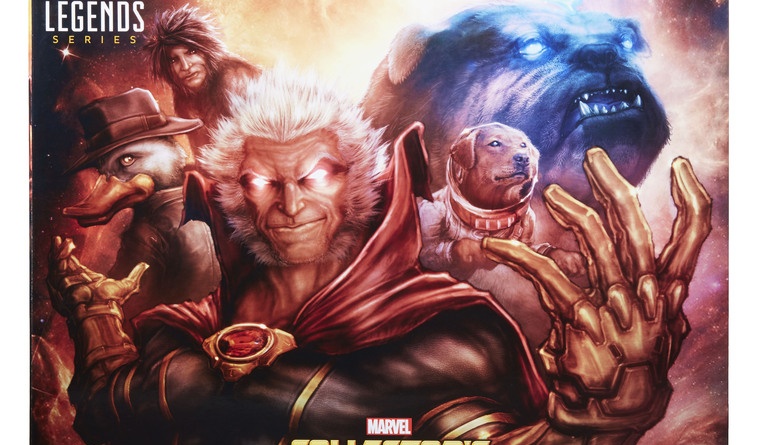 While a lot of companies revealed their San Diego Comic-Con exclusives a while ago, Hasbro has been a bit slower. Today, we got our first look at the 3 ¾ Marvel Legends exclusive — The Collector’s Vault.

The set seems geared toward filling in more of the gaps for fans of Guardians of the Galaxy as half the figures were featured in the film.

From Guardians, we’re getting comic book based versions of The Collector, Howard the Duck and Cosmo. Additionally, we’re getting Lockjaw from the Inhumans and Moon Boy. Lockjaw has been a very heavily-requested figure from collectors so it’s a bit disappointing we’re finally getting him, but in the small scale.  Of the set Moon Boy is the only one who’s a bit of an enigma to me. It’s weird that Moon Boy has a figure in this line before Monica Rambeau’s Captain Marvel so we can wrap up the Secret Wars collection. 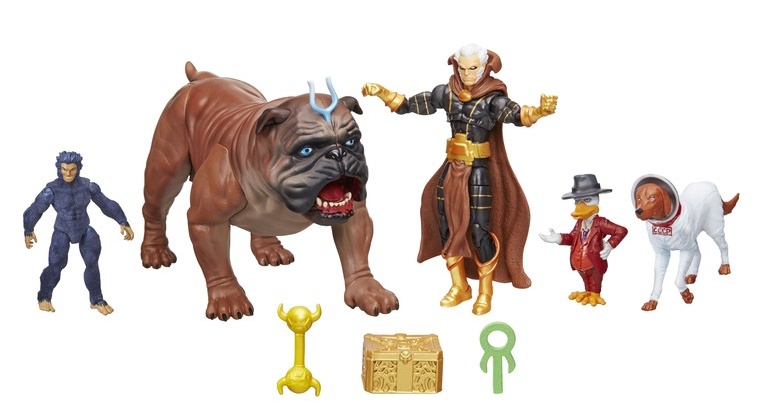 Beyond the figures, some cool Marvel artifacts are also included. The Casket of Ancient Winters from the Thor mythos, the Wand of Watoomb from Doctor Strange and The Zodiac Key of Avengers’ enemy The Zodiac will make up the accessories.

IGN reports the $69.99 set will be available at Booth #3329. Following the show comes the real fun as those who couldn’t make it to SDCC will have to try their luck in snagging a set on Hasbro’s website. From experience I can warn that isn’t always pretty. Collectors will have one more chance to grab The Collector’s Vault at Fan Expo Canada in September. You might want to start dusting off your passport. 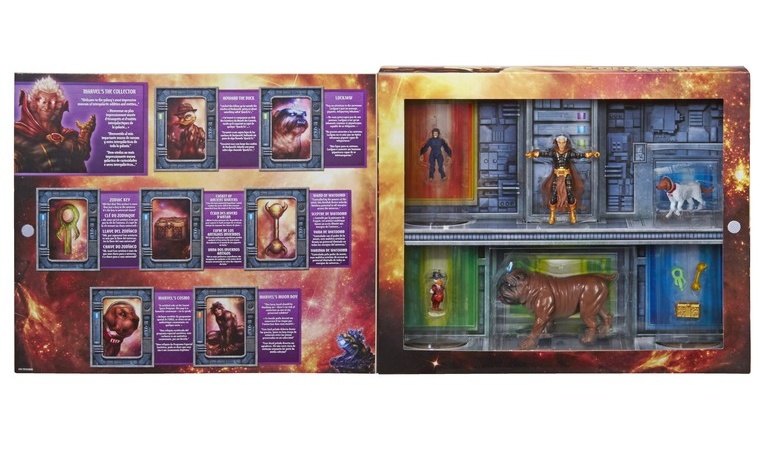 I haven’t gotten many Marvel Universe figures since they cut the articulation and raised prices. Lately the newly renamed Marvel Legends line has been impressive with its character selection like Ulik and Triton of the Inhumans. Maybe it’s time to hop back into the line? What do you think of the set?