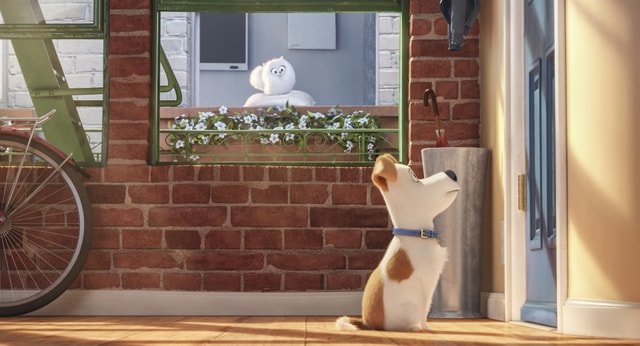 While not top dog of 2016’s animal based animation films, The Secret Life of Pets is charming if not spectacular.

Essentially Toy Story with pets, the film by Despicable Me creator Chris Renaud examines what goes on behind closed doors once the owners leave and the pets are left to play. Using an animated classic as a template isn’t the worst idea. It’s enough to prop the movie even if it could have benefitted from some fresher ideas. 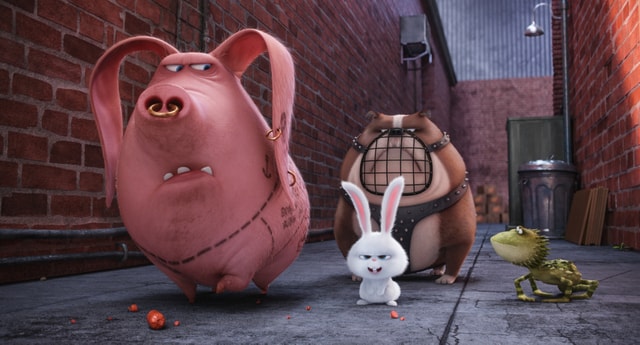 The fun kicks off with a new short featuring the Minions. As we learned from The Minions, they’re best in small doses. The short earned its laughs and didn’t overstay its welcome.

With their New York apartment only big enough for one alpha dog, Max and Duke quickly become fast enemies. That ends up badly for both as they suddenly found themselves lost in the city forced to work together if they have any hope of returning home.

Along the way they encounter a pack of rejected pets led by Snowball (Kevin Hart, Ride Along 2), a rabbit with serious anger issues towards humanity. Due to an unrelenting work schedule fully tapping into his ‘It’ moment, Hart seems like he’s in every movie. He’s the one performer whose shtick is so familiar it was hard to get lost into his character. While a cuddly rabbit was on the screen, all I could picture was Hart excitedly recording his dialogue. 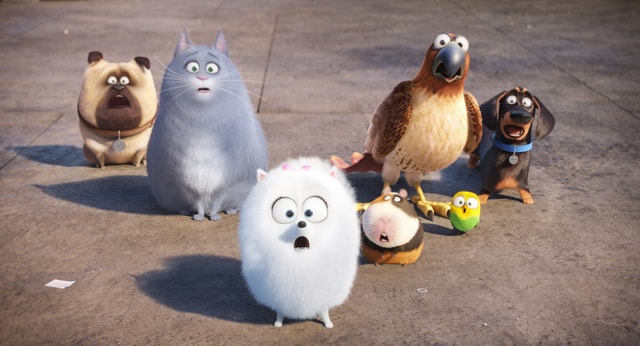 Unlike Toy Story, which thrived on the Buzz and Woody dynamic, Max and Duke constantly get upstaged by the more entertaining supporting cast like the disinterested cat Chloe (Lake Bell), the old beagle Pops (Dana Carvey) and stray cat Ozone (Steve Coogan).

Considering the cast, a live-action film with this talent seems like it’d be one heck of a comedy.

The pet animation as you’d expect looks terrific with good detail on the fur, scales and feathers. The animation style is very similar to the Describable Me series. Humans have exaggerated features with men typically being wide and women being all legs. Not a bad idea as a Minions/Pets crossover sounds like easy money. Beyond the aesthetics, Pets has the distinct slapstick feel of Despicable Me. 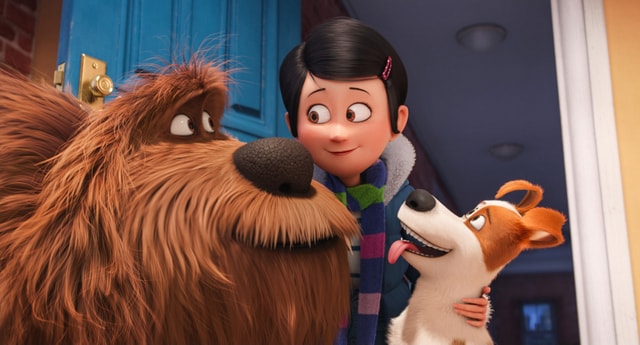 While Renaud co-directs with Yarrow Cheney, screenwriters Brian Lynch, Cinco Paul & Ken Daurio definitely try and capture that same silly mentality of the DM franchise. At times, Pets veers a little too goofy and childish. For the most part, it’s a breezy, enjoyable escape for all ages even if it lacks the complexity and depth of a Pixar film.