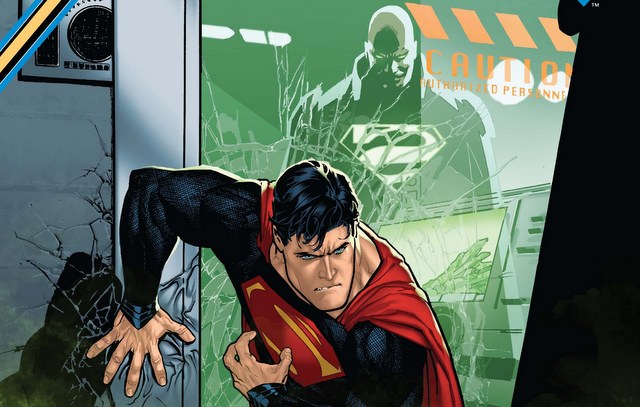 Path of Doom continues to tread in familiar territory

Action Comics continues to live up to its name, but it’s providing little else at this point. The Path of Doom storyline hasn’t connected like it should and now it’s just a waiting game until the next story arc kicks off.

Similar to last issue, the focus is squarely on Superman Lex Luthor fighting Doomsday. Clark Kent and Jimmy Olsen are in the midst of the battleground while Lois Lane and Jon watch the fight play out on TV.

Doomsday is a running in place kind of villain. There’s no point bringing him in to a storyline and limiting him to one issue. The problem is Path of Doom has featured little else than an extended, boring slugfest.

While throwing Doomsday into the mix immediately ensured there’d be some chaotic action it’s come at the expense of the plot. There’s been some heavy property damage and Lois sorrowfully reflecting on Superman’s previous encounter with Doomsday. As far as story progression goes, that’s not much to work with making this Doomsday clash increasingly dull.

Writer Dan Jurgens doesn’t help his case by constantly teasing the title’s more interesting subplots. Superman and Super Lex’s relationship, the mystery of Clark Kent and the shadowy observer watching everything from an undisclosed location. In hindsight, Jurgens would have been better off delaying this major encounter with Doomsday until he’d established this particular Superman and Luthor dynamic. For now the potential fun of the title is in a prolonged holding pattern until Path of Doom concludes. 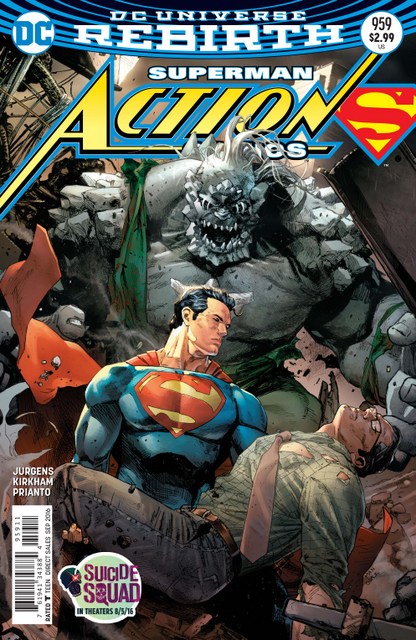 Tyler Kirkham’s art is a little soft. His sketch style is better suited for less action heavy books. On Action, his pencils look like they need a stronger inker to tighten up the visuals. As a result, Arif Prianto’s colors look murky and slightly washed out.

The rinse wash repeat cycle with Doomsday keeps Action Comics on the lower tier of DC Rebirth titles. Next issue, a major hero arrives to lend a hand, which could help liven things up a bit. For this title to really warrant must-read status Jurgens needs to focus more on the characters and tone down the action to avoid sending the book on the Path of Doom.