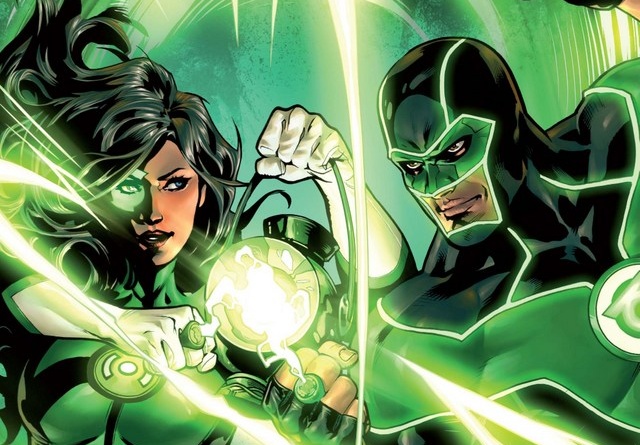 Green Lanterns is one of the DC Rebirth titles lightly knocking at its potential. There’s enough to suggest it will eventually get there provided readers can endure the early growing pains. The third installment of Rage Planet continues the tease, but it’s still keeping my interest. 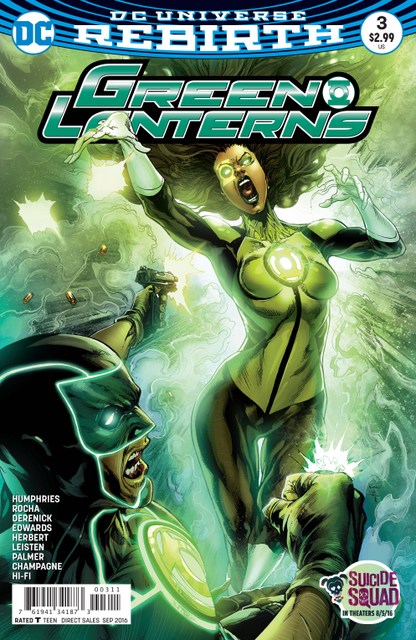 Writer Sam Humphries is getting closer to putting together a complete issue. The trend continues to find Humphries starting slow and building momentum as the issue progresses. Last issue had a decent cliffhanger that Humphries doesn’t make a major priority as this issue opens. The start and stop nature of each issue makes each installment feel like it has to regain the momentum every time. That especially hurts in an ongoing storyline like Rage Planet that doesn’t need the constant refreshing.

This issue, Baz and Cruz are on the search for Red Lanterns. As a rage plague is affecting thousands worldwide, the lanterns want to stop the incursion before it gets worse. Humphries has Baz and Cruz’s voices down. Their banter has become one of the highlights of the title. Not going too far with it will continue to be a challenge for Humphries as he’ll want to add more layers to their interaction than constantly arguing with one another. For now, that’s working out pretty well.

Four artists were credited with this issue, which led to every few pages having a significantly different tone and look. In Atrocitus’ big return on the planet, the art and bright colors don’t match what should be a major moment in the storyline.

Art inconsistencies has been an recurring problem for the title since its launch. An artist mash-up at the third issue is a bit concerning. Hopefully Robson Rocha can continue developing and fine tuning the softer pencils. On some of his pages, his art was the standout of the quartet.

Baz and Cruz encounter Red Lantern Bleez, which leaves both factions surprised with a previously undiscovered ability. Used properly it could be a game changer in this conflict with the Red Lanterns, but Humphries will need to adequately explain it so it doesn’t come across like a convenient power tailor-made for these opponents. 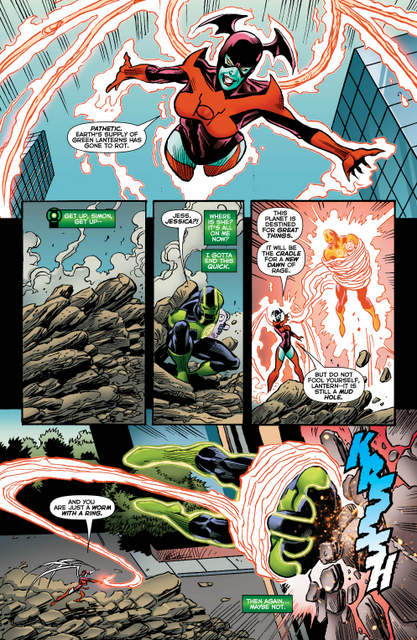 Rage Planet ends on another solid, cliffhanger note. Humphries probably reached into the somewhat obvious cliche too soon. Hopefully he’s got some other tricks in his bag to keep the title moving forward.