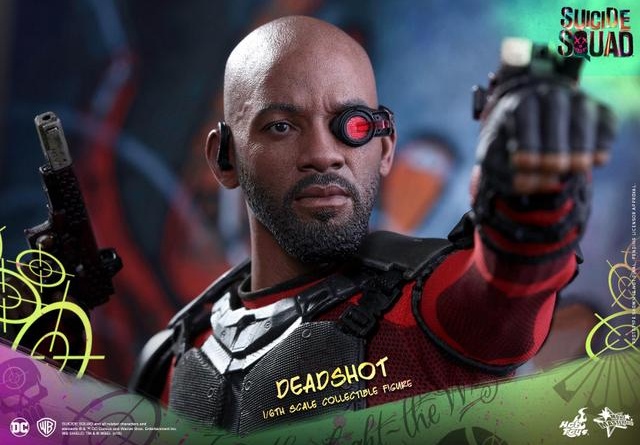 Hot Toys has been killing it with its latest Marvel figures. With the newest DC reveals, the other side of our collection might get some love too. The Deadshot figure from the Suicide Squad boasts one of the best likenesses I’ve seen thus far.

Will Smith is one of the biggest stars in Hollywood so it was important for Hot Toys to get it perfect. I’m not disappointed. I’m not a huge fan of the New 52 take on Deadshot’s costume so this is a rare case where the movie version is superior to the current comic look. I’m pretty sure I’m down for Deadshot and Harley Quinn. If Rick Flag is made he’s on my short list as well. Beyond that? It might get pricey especially since I’ve gotta start saving for the Justice League.

DC Comics’ upcoming blockbuster, Suicide Squad, will finally land in theaters around the globe in the coming weeks and see how a secret government agency recruits imprisoned super villains to execute dangerous black ops missions in exchange for clemency and saving the world from an unknown but powerful threat.

One of the highlights of the film is the widely popular and talented Will Smith taking on the role of Deadshot and today Hot Toys is pleased to officially present the 1/6th scale collectible figure of ‘Human Arsenal’ Deadshot!

The movie-accurate collectible figure is specially crafted based on Will Smith’s image as Deadshot in the film. Highlight of the features are the newly developed head sculpt, interchangeable masked head with aiming device, meticulously tailored armored costume, a selection of weapons including machine gun, pistols, dagger, and forearm-mounted guns, and a specially designed Suicide Squad themed figure stand with character backdrop.

A Special Edition only available in selected countries will specially include Batman’s rebreather and handcuffs as bonus accessories. 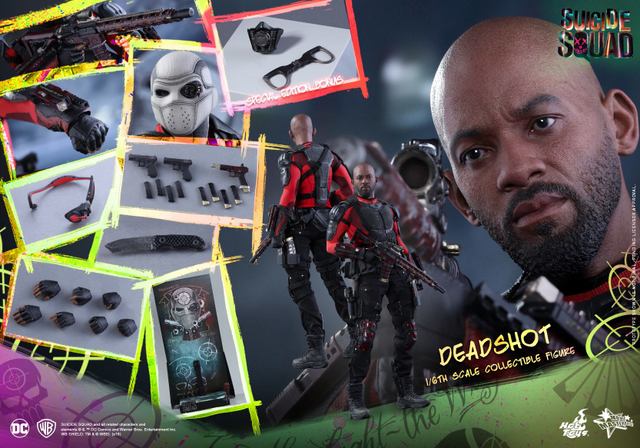