HarleyQuinn_SLC covers the many looks of Harley Quinn

Harley Quinn has been a favorite of cosplayers since her introduction, but few have done as impressive a job covering the many looks of Joker’s main squeeze better than Trina Melton aka HarleyQuinn_SLC. Check out her amazing costumes here. 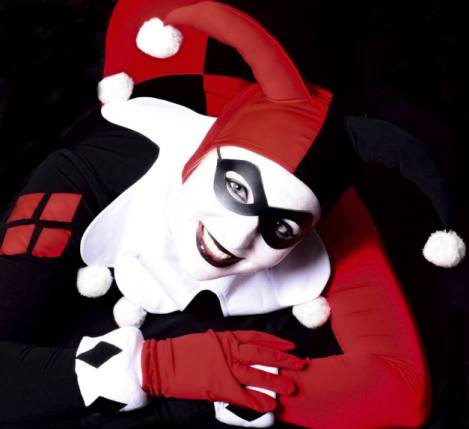 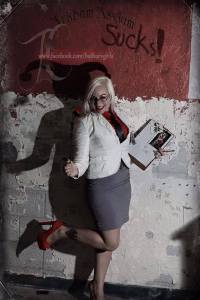 How did you get into cosplay? I had a dream that I was Harley Quinn and The Joker kissed me!

How long have you been doing it? I have been cosplayer for a little over a year now!

What’s been your favorite? My favorite Cosplay that I have done would have to be my Hercules (The Rock version) gender bend cosplay because I feel like a rebel and an ancient god wearing it. 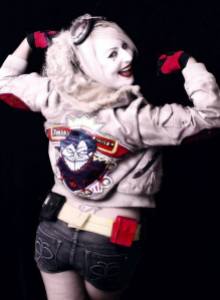 What was the hardest costume you’ve done? The Hardest costume that I have ever done would have to be my Bombshell Harley Quinn because when I ordered the batsy belt from Amazon, it was a kids belt. I received it, pulled off all the little pouches and colored each one black and red and glued each pouch back on. I painted (from scratch) The Joker’s artwork on the back of one of my modified jackets and painted layers and layers of red acrylic paint on one of my multiway bras. I have to say that copying the Joker’s artwork on the back of the jacket was my hardest cosplay yet!

How much time does it take to make an average costume? It really depends on the costume and my mood, haha I know that sounds ridiculous but I made a poison Ivy costume in between studying for finals one day because I was going to go crazy if I didn’t do something other than watch videos about space and time for my Astronomy class, and it literally took me a couple hours to throw it together and glue every single leaf on a bra and underwear! My Arkham Knight Cosplay I am still making modifications to this day! I started this the first time I saw the commercials for the new Arkham Knight game for the new gen consoles. It has been almost a year since I threw it together and now it has some AMAZING improvements along with more to come! 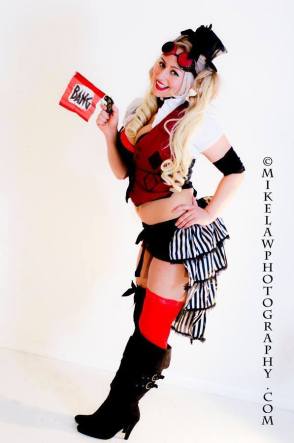 How much money do you typically spend on your outfits? Honestly, I do not keep track! If I could guestimate, I would say about $80-$100 for all the supplies and not to mention time! I spend a lot of money on supplies and a lot of time to make my dreams become reality. Some stuff I can order from China which takes forever to get but so worth the price as long as I make a list of things I need and get them sequentially. I literally have to plan out everything and make a blueprint in my head. Ebay, Amazon, Hobby Lobby, Michael’s and Walmart have become my best friend when finding supplies. 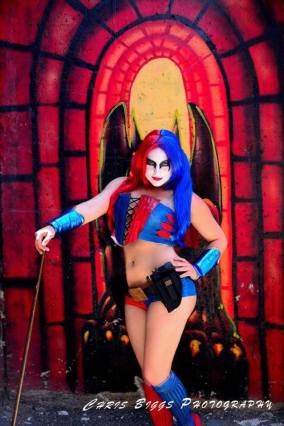 Do you have a regular group you partner up with for costumes? I actually do not have a group considering that I am so preoccupied with school, work and my career when I am not creating my dreams into reality (which technically we are all doing at all times!). I do go to local charity events when I hear about them and I am free. I love gathering with other people who have the same interests as I do!

What would you say to people who have thought about doing cosplay, but haven’t quite worked up the nerve yet? I would say this: Do what you want to do and if it happens to be one of your heroes for a day, don’t let anyone tell you that it is stupid or childish because we only have a limited amount of time on this planet. It shouldn’t be wasted seeking others’ approval by any means! Whether you are on a mission to kill the Bats or to save the world, do what makes you SMILE!

Do you have a website people can check out more of your costumes?

Masters of the Universe Grayskull Playset