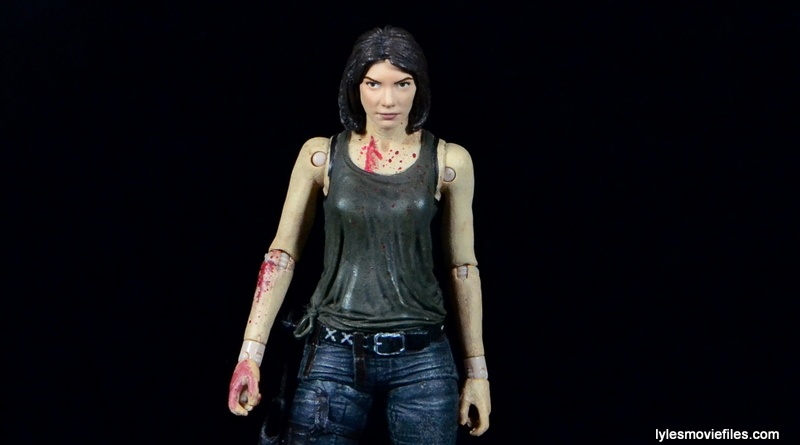 Figured I should knock this out before Negan’s victim is revealed. Maggie is one of my favorite characters on The Walking Dead. She’s had to endure a lot after living a pretty sweet life on the farm until Rick and company arrived. Now a respected leader of the Grimes Gang, Maggie has been a strong presence on the show.

McFarlane Toys tackled Maggie right before the articulation overhaul. Despite just missing out on improved articulation, Maggie still manages to be a pretty good figure.


Packaging: McFarlane Toys went with a basic streamlined design for the packaging. It’s slim, without a lot of wasted space and shows off the figure nicely.

I definitely don’t like the plastic strip keeping her in place. Those will need small scissors and a steady hand otherwise you run the risk of damaging the figure.

Likeness: For the 5” scale, this is a pretty spot-on likeness. Walking Dead fans would instantly recognize the head sculpt as Lauren Cohan. McFarlane went with Maggie’s most consistent look — tank top, jeans and boots. I remain impressed with the attention to detail on the figures from the boot laces to belt buckles to fabric folds. Who said you can’t make smaller figures look good?

Scale: Maintaining a consistent smaller scale for the females, Maggie is shorter than most of her allies save Glenn. They’re just about the same height, which was a nice touch. 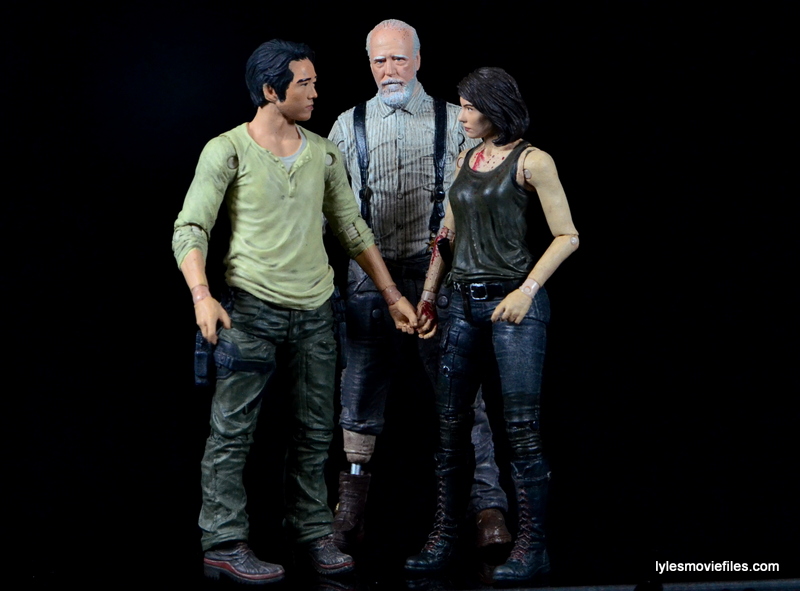 Paint: This category has always been a mixed bag for the line. I can almost always count on stellar paint work from the neck down. Above? It’s a bit of a crap shoot. 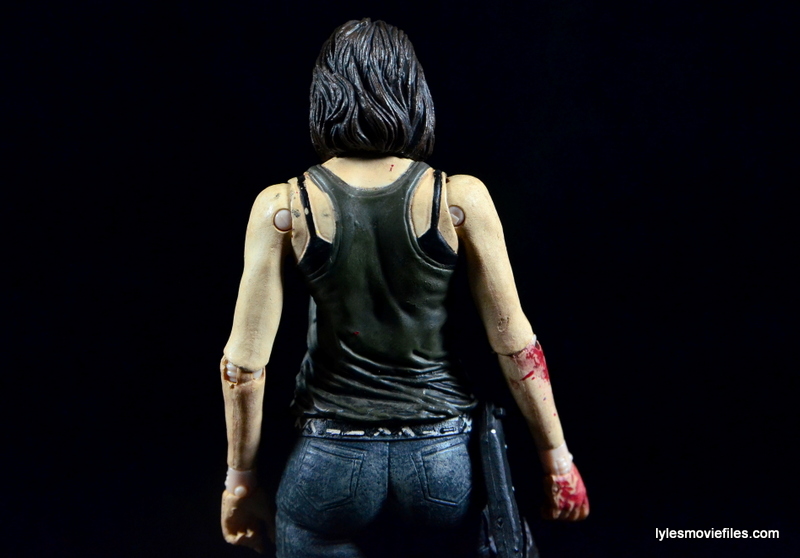 Maggie fares pretty well though. She avoids the detail-destroying paint globs. Her eyes are slightly too far apart giving her a cross-eyed appearance. I got a few random black splotches on my figure’s back as well. I doubt that’s a widespread issue however. 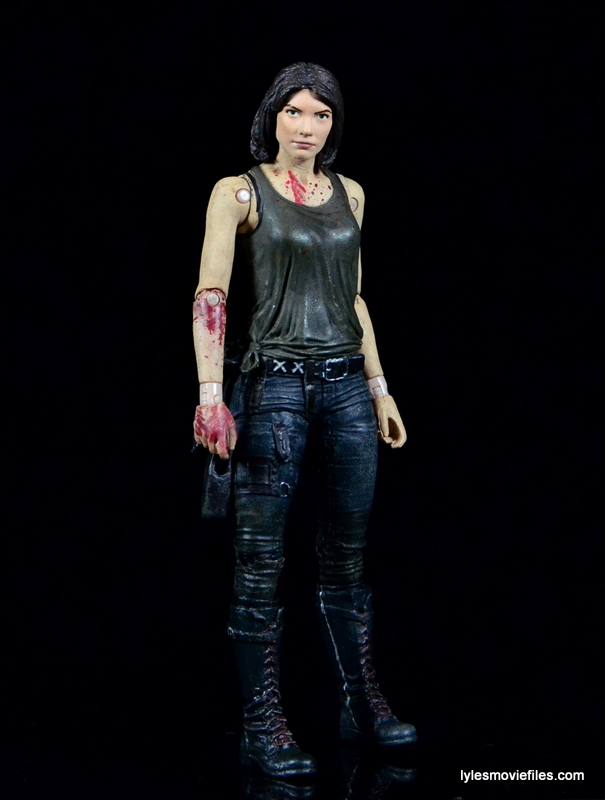 Instead of the standard neutral attire, Maggie gets a blood sprayed paint effect. It’s not overdone so she’s coated in it, but just enough to make her especially interesting in a diorama.

Even on the newer figures, the leg articulation needed work, but Maggie has the even more worthless pivot style. The easiest and most sensible pose for most figures in the line is the aiming at walker variety. With waist, better leg and arm articulation there could have been many more posing options.

The wrist and elbow pins are a noticeably lighter color. The wrist pins are so light it looks like Maggie is wearing wristbands from a distance. 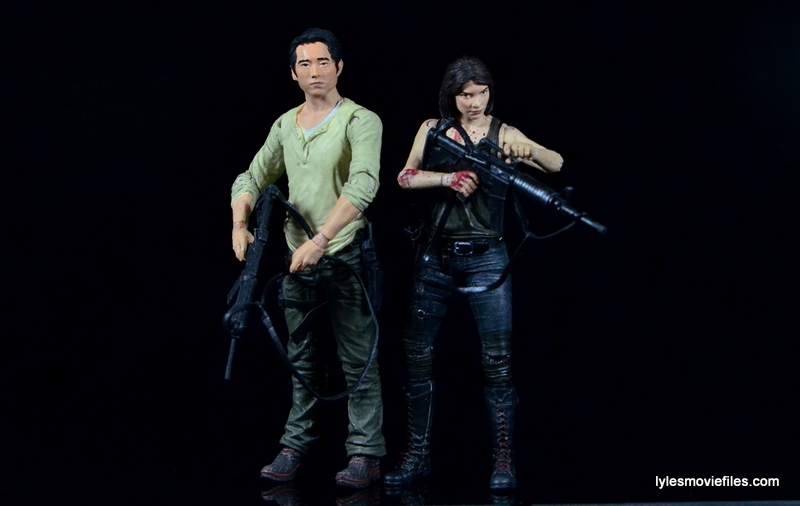 Accessories: Maggie gets an assault rifle, pistol and machete. The machete is also blood stained — Maggie didn’t get that by swinging the newspaper. I appreciate having a sheath to hold it on the figure. Only problem is the opening faces the wrong direction so you see the slit from the front. The pistol fights in her hand nicely, which hasn’t always been the case with TWD figures and their accessories.

Worth it? I paid $10 for Maggie, which is about the right price. The line wasn’t going to survive at that price, but the $15-$17 retail cost made them a bad deal compared to Marvel Legends.

By default this is the best Maggie figure. That sounds like a backhanded compliment, but McFarlane Toys delivered a terrific likeness. As always, it’s the articulation scheme that hinders this line from true greatness.

Where to get it? At this point you’re going to have to find Maggie online. Amazon is a decent bet. I’ve seen her hovering around the $22 to $29 range there. If you’re a big TWD fan and want a complete collection she’s worth grabbing.