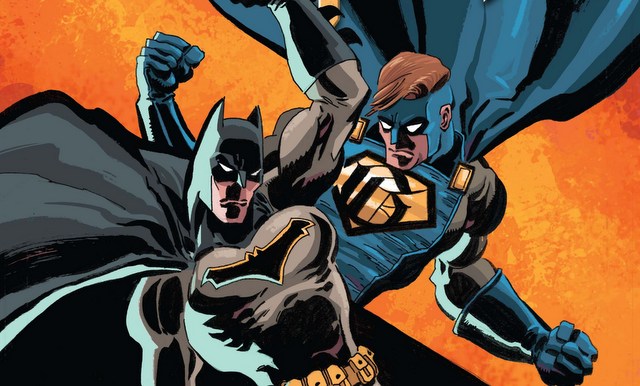 I Am Gotham part 5

There was no magical out. No deus ex machina to get Batman out of possibly surviving a one on one matchup with Gotham. Not without some significant help. I Am Gotham part 5 brings the sad saga of one would-be hero’s attempt to do some good to a close. Spoilers follow in this review.
[irp]

No matter what any stories would have you believe Batman can’t beat Superman. It’s with that clear baseline that writer Tom King plays out I Am Gotham part 5. Endowed with enough power to give even Superman pause, Batman has to use every bit of cunning and skill to stop Gotham’s path of rage.

First it’s a clever use of Alfred and the Batmobile and secondly, a major assist from the Justice League. King comes up with a smart way to not blow off the Justice League’s involvement, but also hold off on them being the key to stopping Gotham.

I would have liked to have seen Batman at least try some other measures to stop Gotham. A fistfight and trying to talk him off the ledge wasn’t working, but from his experience with Scarecrow it seemed like Batman would have some sort of antidote for mind control. Or at least try one that fails. King set Batman up to rely on luck to survive instead of coming up with a winning strategy, which doesn’t fall in line with the World’s Greatest Detective’s regular playbook.

King gives Duke Thomas a meatier role this issue and strongly hints at his future with Gotham Girl. This issue should put to rest any concerns that Gotham Girl was an unnecessary element to the story.

Artist David Finch keeps on plowing through with the bi-weekly schedule. This was the first issue where his pencils looked a little less detailed than normal. To some extent, that’s due to consistency issues as a result of a quartet of inkers. Besides himself, Finch gets assists from Sandra Hope, Matt Banning and Scott Hanna. 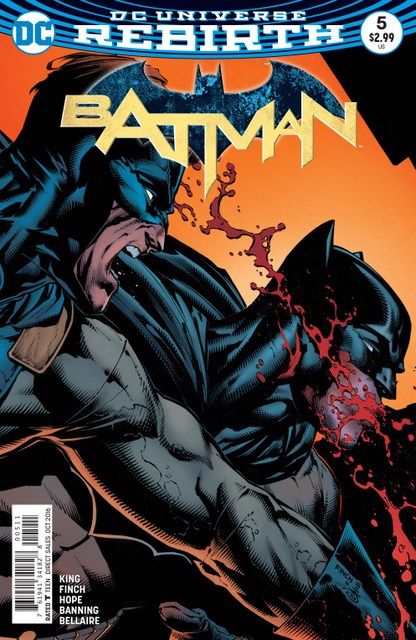 Jordie Bellaire’s colors continue to be a terrific compliment to Finch’s grittier style. Bellaire really brings a natural warmth and depth to the chaos Finch creates.

The issue ends as if to suggest the end of the I Am Gotham storyline yet the perpetrators are still on the loose. It’ll be interesting to see how King resolves the story. With some major developments and a tragic conclusion, I Am Gotham part 5 ended strongly. Hopefully King and Finch can keep the momentum rolling with the next story arc.