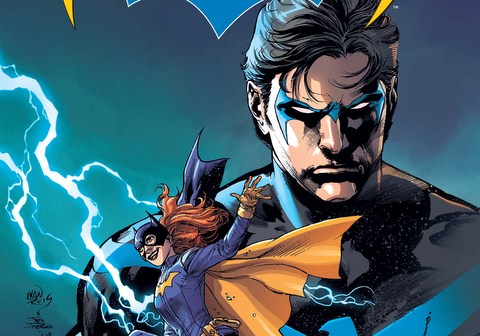 With Better Than Batman part 3, Nightwing continues to be a fun read. After Dick bailed on their last date, Batgirl crashes his undercover mission with Raptor. Batgirl decides to join them as they’re about to break-in to a house built by a master maze designer. 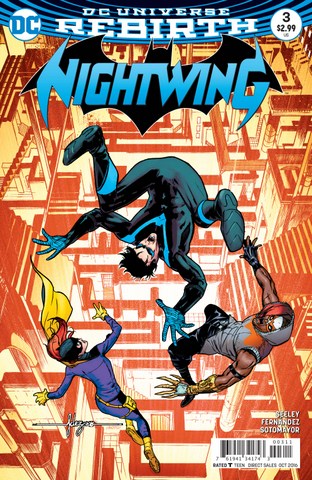 Comics move too slow these days, but Nightwing in a death trap maze house was too fun a premise to only spend half the issue. The overall Better than Batman storyline hasn’t felt like it’s dragging yet since it’s playing out more like the new status quo than a limited issue arc.

Writer Tim Seeley has a great comprehension of the Nightwing/Batgirl dynamic. He adds some nice details to highlight their philosophical differences. Traditionally, writers just make Nightwing the more reckless of the two, but Seeley finds a nice basis for it rooted in one of Dick’s childhood heroes.

Seeley has successfully made one of the best new additions to the DC Universe post Rebirth with Raptor. He’s got enough attitude, charisma and skill set to be an asset for years to come whether in Nightwing or his own solo title. And with DC Collectibles not being afraid to tap into newer character designs, I’m hoping we get a Raptor figure sooner than later.

Javier Fernandez’s art continues to improve, specifically with facial expressions. Fernandez’s art isn’t as sharp as former Grayson artist Mike Janin, but it’s working for the particular tone of the title. Better Than Batman part 3 didn’t have a lot of action, but the character interplay made up for any action shortcomings.

Nightwing is delivering exactly what I want out of the title.