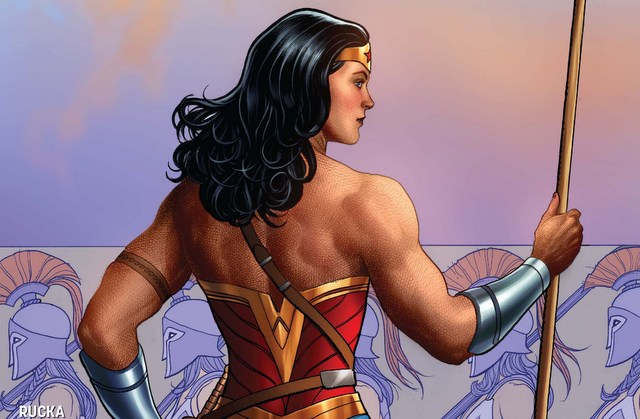 Wonder Woman #5: Now in its third installment of the present day storyline Wonder Woman is still operating at a slow burn.

That’s not necessarily a bad thing provided the story eventually progresses. For now the verdict is still out on The Lies. Greg Rucka is writing a dense story arc that probably won’t be fully appreciated until it’s completed. 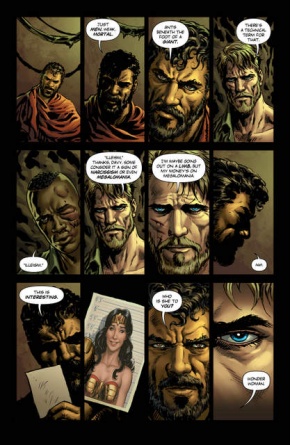 It’ll be interesting to see how DC assembles the first trade. The best presentation is probably an odd issue trade and an even issue trade. As is, the Year One storyline feels like it’s moving along at a faster pace.

Rucka is taking a more deliberate pace with the present day storyline. Wonder Woman and Cheetah continue their trek through the jungle while Steve Trevor and his men are prisoners to the warlord Cheetah is tracking. Meanwhile, an old foe is launching a new plan against Diana.

Liam Sharp’s art is inconsistently great. Some panels look outstanding with beautifully rendered characters. In others the characters look flat and stiff. Sharp takes some different approaches with panel arrangements that doesn’t fully pan out, but his effort to shake things up is appreciated.

Wonder Woman’s monthly storytelling format has set the title apart from its fellow Rebirth books. While it’s coming out just like a regular monthly title would, it feels like an extended gap between issues. It’s getting close to the time where Rucka needs to start advancing the story otherwise the book will begin reading like it’s treading water. 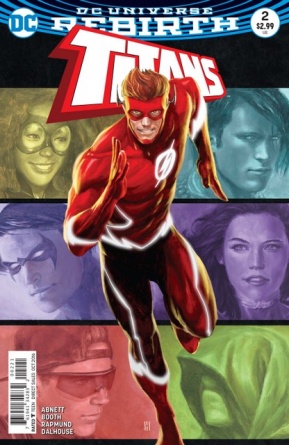 The Titans come a step closer to a clue leading to Wally West’s disappearance. Abra Kadabra arrives to make mischief for Wally and his pals with a set of Teen Titan puppets.

Doppelgangers aren’t exactly the freshest idea these days, but Dan Abnett uses the cliche decently enough here. The Titans have just reunited with their long-lost friend and facing younger versions of themselves continues to keep them disoriented. The Titans and the Teen Titans battle through most of the issue making for an action-packed outing. The more enjoyable moments occurred when the Titans fought other team members. Still, there’s only so many ways to make this type of fight scenario feel fresh.

Artist Brett Booth handles the action just fine. Facial expressions have always been a weak point in Booth’s repertoire and that is especially noticeable here. Booth isn’t one of DC’s elite artists, but he’s been one of the more consistent artists over the last decade.

Abnett also further develops Wally’s connection with Linda Park. That could prove the most important storyline for the first year of this revamped Titans. Battling puppets is amusing for an issue, but hopefully Abnett has bigger threats in store for the Titans to establish them as one of the DC Universe’s top teams.

Not as flashy as some of the other Rebirth titles, The Hellblazer #1 proves every bit as solid as the top Rebirth books. 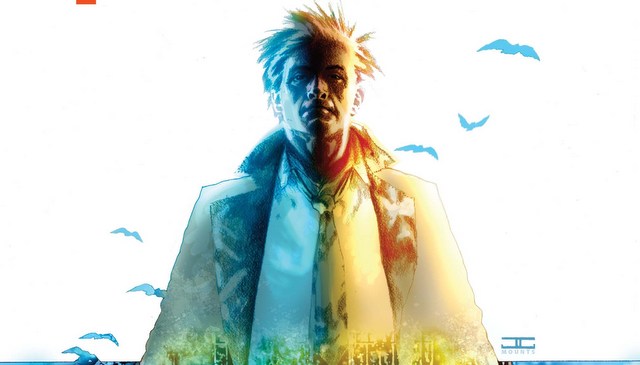 John Constantine has to make good on his secret pact with Swamp Thing and his New York encounter. Meanwhile, two brothers consider the impact of their inaction 100 years ago that set the world on a path of disaster.

The advantage Hellblazer has over other books is writer Simon Oliver knows he doesn’t have to go too big. Readers will come for Constantine’s antics just as much as the outlandish predicaments and scenarios. The road trip with Swamp Thing and Chas is worth the purchase alone.

Moritat’s art probably wouldn’t work with 90 percent of the Rebirth titles, but it’s a great fit for Hellblazer. The bold heavy inking fits the darker undertone of the book perfectly.

I’m looking forward to seeing where Oliver takes the title. Hellblazer has tremendous potential and it could be a big sleeper hit for DC.