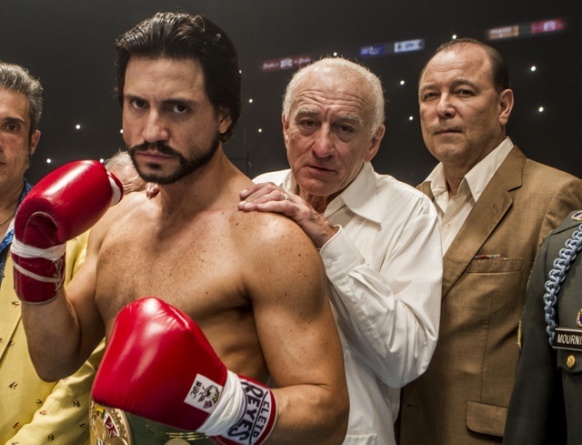 Roberto Durán is considered one of the greatest fighters ever. His life story is fascinating and his rivalry with ‘Sugar’ Ray Leonard is legendary. There’s a great film about Durán’s life fighting to break through in Hands of Stone, but it never quite connects. We’re left with a good film that clearly doesn’t reach its potential.

Durán (Edgar Martinez, Wrath of the Titans) is a boxing superstar in the making. But his handlers realize he needs a firm hand and strong guidance. Enter acclaimed trainer Ray Arcel (Robert De Niro, The Intern), who accepts the challenge of making this contender into a champion.

With Arcel’s help, Durán is soon atop the boxing world. Durán is deeply in love with his wife, Felicidad (Ana de Armas) and their children and is a national hero in his native Panama. And in Arcel, he has the father figure he so desperately wanted. 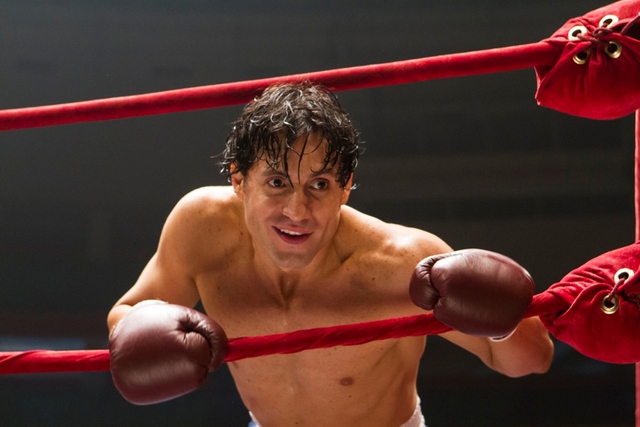 For Director/Writer Jonathan Jakubowicz, this is clearly a passion project. Jakubowicz has a deep appreciation and respect for Durán’s contributions to the sport and his love for his homeland. Jakubowicz uses the backdrop of U.S./Panama tension during the 1977 Torrijos-Carter Treaties to further explain Durán’s mistrust of Americans.

That well-earned apprehension of Americans dating back to Durán’s childhood offered a unique dynamic uncommon in other boxing films. Jakubowicz composes the film’s best scenes with Durán reveling in the adoration while being powerless to make lasting change in his country.

Instead of tackling the film from that angle, Jakubowicz tells just another boxing movie stuck in the long shadows of Raging Bull.  Jakubowicz’s narrative is choppy and the editing jumps from one scene to the next at a rapid pace. Too often he relies on audience familiarity with Durán to fill in story gaps. With a 105-minute runtime, Jakubowicz doesn’t lack cinematic real estate, but he doesn’t always utilize it to its best potential.

There’s numerous scenes that could have been deleted/edited to help flesh out the characters and tell a more comprehensive story.  Too often the film plays out like a greatest hits montage without the necessary beats to explain their significance. 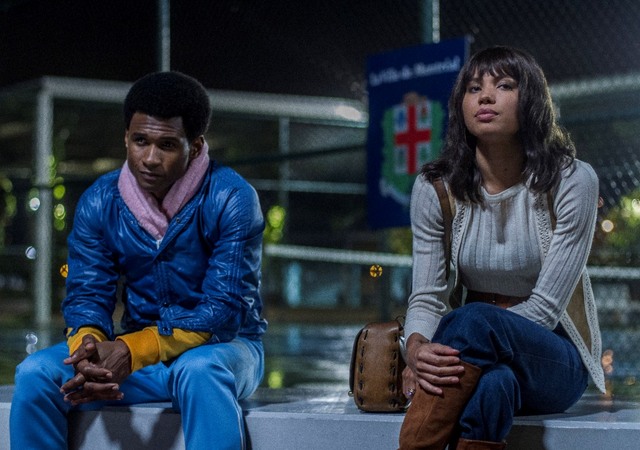 Durán’s war with Sugar Ray (played with the right amount of confidence by Usher Raymond) lacks that proper big fight feel in what should be the film’s signature action moments.

Last year saw two superior boxing films in Creed and Southpaw. Both featured outstanding fight choreography that made the in-ring action intense and in your face. Jakubowicz goes with tighter camera angles that make the ring feel much smaller and the action harder to appreciate. Boxing is the sweet science, but these fight scenes are just brutal. What should be the film’s key moments get lost in incomprehensible close-ups and haymakers.

Despite the script and directing problems, Jakubowicz gets strong performances from his cast. 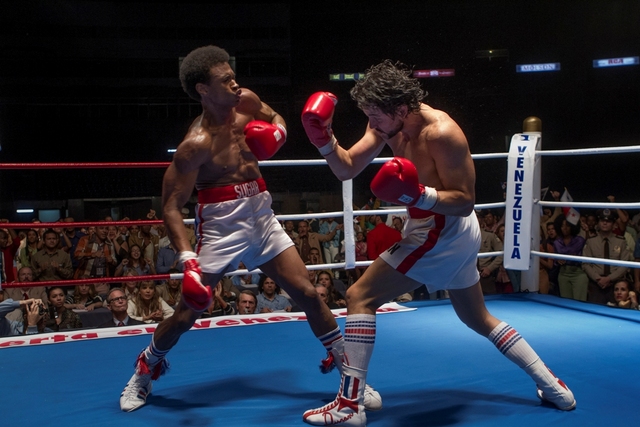 Martinez is sensational. His evolution from the angry hungry Durán to the king of the boxing world feels earned even in the cliff notes storytelling. Martinez gives Durán a depth and intensity that carries through the script’s deficiencies.

This marks the first time in years where De Niro appears fully invested in a character. Hands of Stone isn’t a case of De Niro playing Robert De Niro. This is De Niro ditching his go-to moves, reliable expressions and delivery to make Arcel different from his recent roles.

Armas is a star on the rise. She navigates through the standard boxer’s wife clichés to deliver a multi-faceted performance that gets better with every scene. 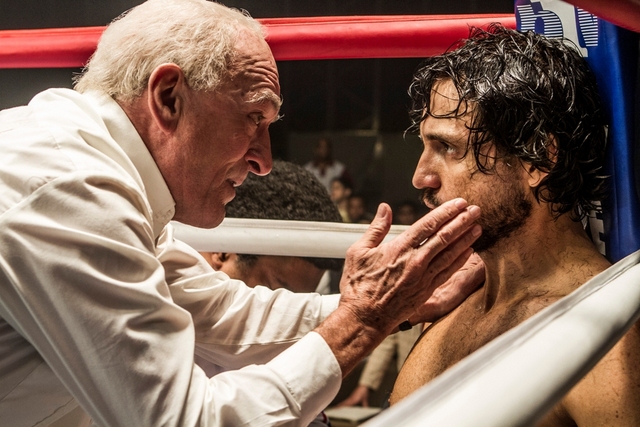 The biggest frustration in watching the film is seeing all the elements in place for a great movie failing to fully come together. While it’s not quite a knockout, Hands of Stone scores enough points thanks to its cast to warrant a look.