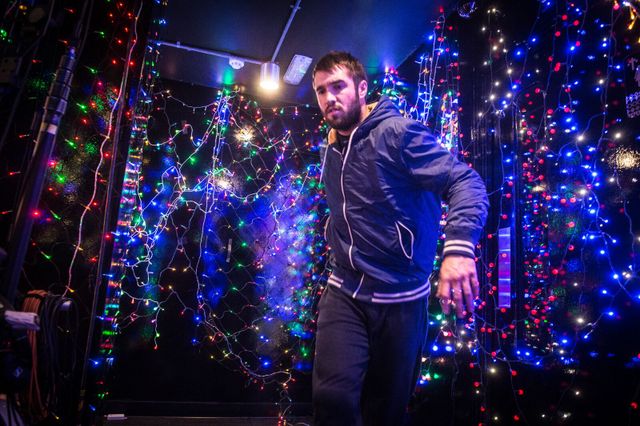 Unable to fully make good on its intriguing concept, Level Up is a fast starter that ultimately fails to deliver.

Matt (Josh Bowman, Revenge) is an unambitious gamer. Despite his lack of drive and going nowhere prospects, he’s got a nice home with his girlfriend, Anna (Leila Mimmack).

Matt’s dull existence gets a jolt when three masked men arrive at his door. They’ll kill Anna unless Matt follows their every order via text in delivering a package strapped to his chest. 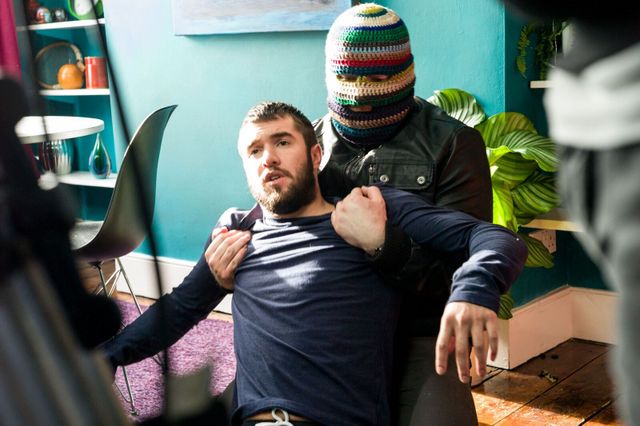 Making that delivery quickly proves complicated as various strangers including a ferocious well-dressed man (William Houston) will do anything to take the package.

While we’d like our inner Batman or Jason Bourne to kick in with this kind of situation, Matt’s reactions are probably far more likely. Bowman is a relatable lead as he makes Matt a character worth getting invested. Matt doesn’t always make the smartest choice, but he doesn’t make idiotic moves that could turn viewers against him.

Level Up marks the third video game style premise film this year. Hardcore Henry went to an entertaining extreme with a POV presentation and over the top action.  Nerve took a slicker route by having the players actively involved in their choices to gain more followers and money. 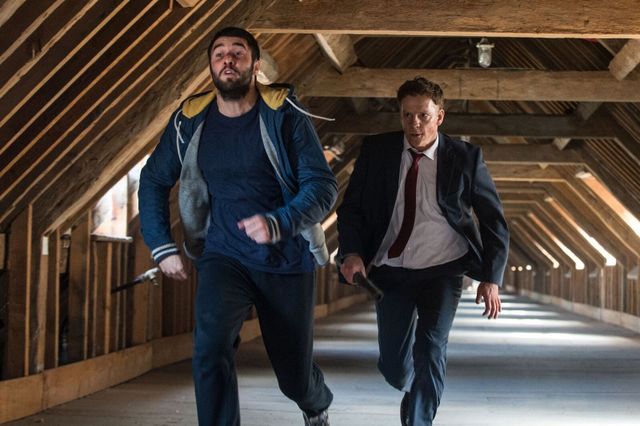 Level Up falters in losing its nerve as the film progresses. Director/Co-writer Adam Randall gets things off to a roaring start. Randall infuses the film with a panicked race against the clock feel with unexpected dangers coming from all corners. That homeless guy on the train? He’s a potential threat. The old lady at the brothel? She’s probably in on it too.

Randall’s direction helps stoke that paranoia with some unique camera angles and lighting. Plaid’s score offers peppy accompaniment to Matt’s crazy day. As far as soundtracks go, this is easily one of my favorites this year.

Matt’s tasks become more random as he’s asked to sing Karaoke and go to a drug dealer’s apartment. To really take advantage of the film’s premise Randall and co-writer Gary Young needed to keep raising the stakes. Embracing more out there scenarios like Matt being ordered to have sex with a beautiful woman (Christina Wolfe, Need for Speed) would have been ideal.

These type of adrenaline rush style films need to keep escalating the challenges. Instead, Level Up cools off at the midway point and never manages to regain its lost momentum. This was definitely a case where playing it safe wasn’t necessary as a certain amount of absurdity is expected. There’s some random dream sequences thrown in, but they don’t go anywhere. 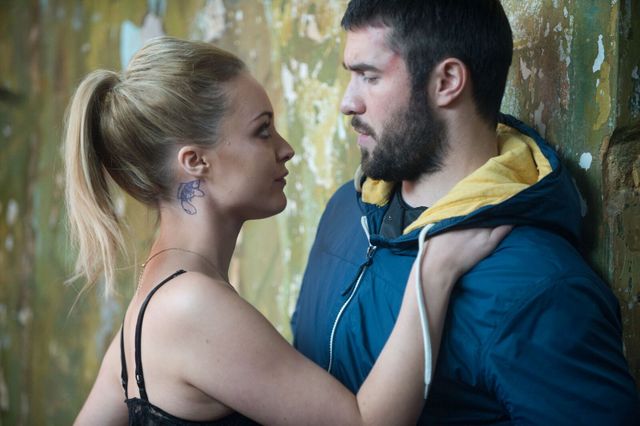 Randall and Young abandon interesting plot points almost as quickly as they introduce them. And there’s a number of questions like why Matt was chosen that go unanswered.

The trailer does a fantastic job of stringing together these elements to make Level Up look like a can’t miss-prospect. It’s far more subdued than the crazy Jason Statham Crank series the trailer implies. Level Up has a ton of potential, but the filmmakers don’t rise to the challenge of embracing its wondrous possibilities.