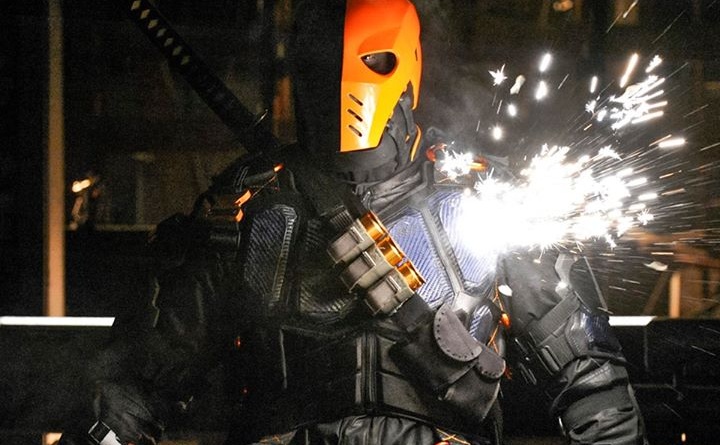 Looks like Deathstroke might soon be joining the list of Do Not Use characters for Arrow. Ben Affleck tweeted a video of Deathstroke the Terminator today suggesting Slade Wilson might be showing up in Justice League or Affleck’s Batman solo film.

Deathstroke could certainly give a Superman-less Justice League some major competition. One of the iconic moments in the DC Comics series Identity Crisis saw Deathstroke battle the Justice League single-handedly. Of course Deathstroke is used to fighting teams by himself dating back to his early days against the Teen Titans.

Arrow has taken some hits to its well-fleshed out universe as a result of characters getting ‘called up’ for appearances on the big screen. Most notably, Deadshot, Amanda Waller and Katana were quickly phased out of the CW show once their characters were needed for the movie version of the Suicide Squad. 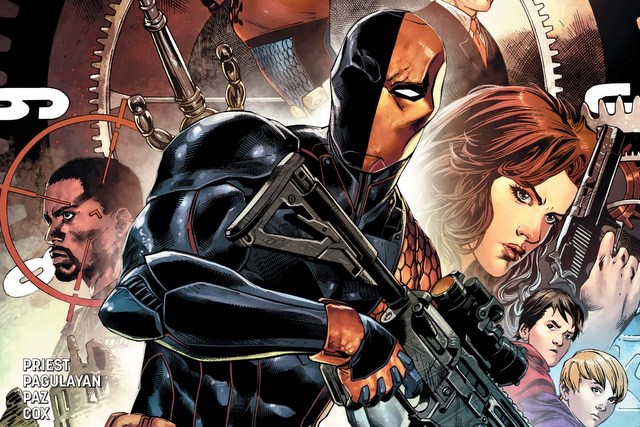 Deathstroke was frequently mentioned as having a cameo early on in the Suicide Squad rumor mill. He’s definitely a character on the DC movie radar and it’s probably just a matter of when he’ll be making his debut, not if at this point.

Steppenwolf has already heavily rumored to be the main villain for Justice League so Deathstroke may just have a cameo role. One kick-tail moment a la Batman in the warehouse sequence from Batman v Superman: Dawn of Justice is really all that’s necessary. But as the main villain in the Batman standalone, Slade would make for a tremendous adversary.

If Deathstroke really has been tabbed for a Justice League appearance, it’s a safe bet we won’t see Bennett back on Arrow this season. That’s probably just as well so the Arrow showrunners aren’t tempted to waste Slade’s next appearance.

Affleck and Warner Bros. wouldn’t have to look too far to find the ideal Slade Wilson than Stephen Lang. The star of Don’t Breathe is a dead-ringer for the comic version of Slade. What do you think? Rather see Deathstroke in Justice League or Batman and who would you like to see play him?